This morning we’re taking a peek at some details of the Samsung Galaxy S10, Galaxy S10 Lite, and Galaxy S10 Plus. These three devices were leaked in the form of some new finalized cases as well as battery parts. We’re in the final stages now, with leaks settling on the parts of the devices that’ll be shipped to carriers and final sales outlets of all sorts in coming weeks.

First, the battery – one real nice photo of a battery apparently made specifically for the Galaxy S10 Lite. This battery has a quoted 3000mAh capacity with 3100mAh typical capacity. This is a non-removable battery (unless you’re willing to bypass the warranty on the smartphone, and it’s using standard lithium-ion tech. Nothing too particularly spectacular about this piece of hardware, really. 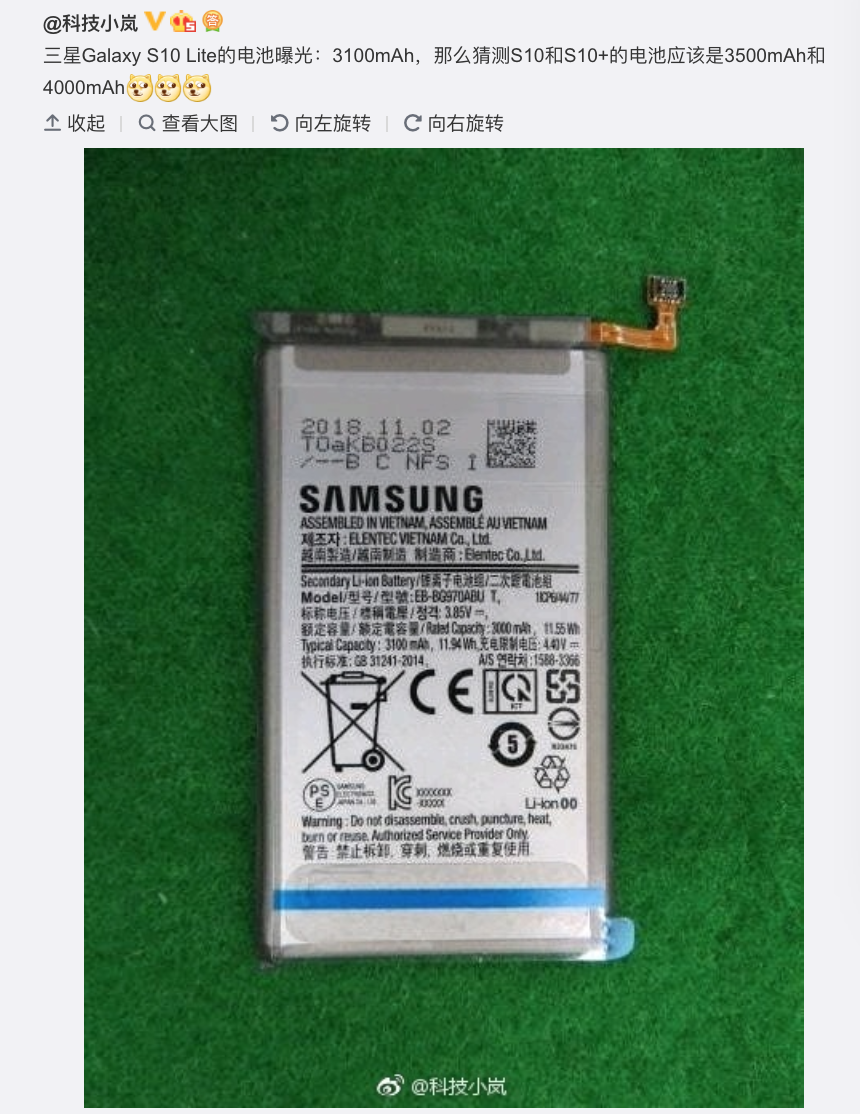 The same source that released this image of the battery suggested that the battery capacity of the Galaxy S10 would be at or around 3500, while the Galaxy S10 Plus would be at or around 4000mah. That’d be pretty low, really, with most current-day similarly-sized devices aiming for that or above – unless they’ve got some magical battery-conservation tech going on – we’ll see!

Sizes of each phone

It’s apparent we’ve got some disagreements going on with sources suggesting Galaxy S10 sizes. Our most recent text-only source – same as the battery above, 科技小岚 of Weibo, suggests we’ve got the full gamut going on here, sizes aplenty!

UPDATE: It would appear now that the Bolt will be a 5G modem – a wi-fi hotspot – not so much a full-fledged phone.

Then we’ve got some cases. These cases are final-level cases, like release date ready, ready to roll for stores, ready. Look like they match up with what you’ve read before? 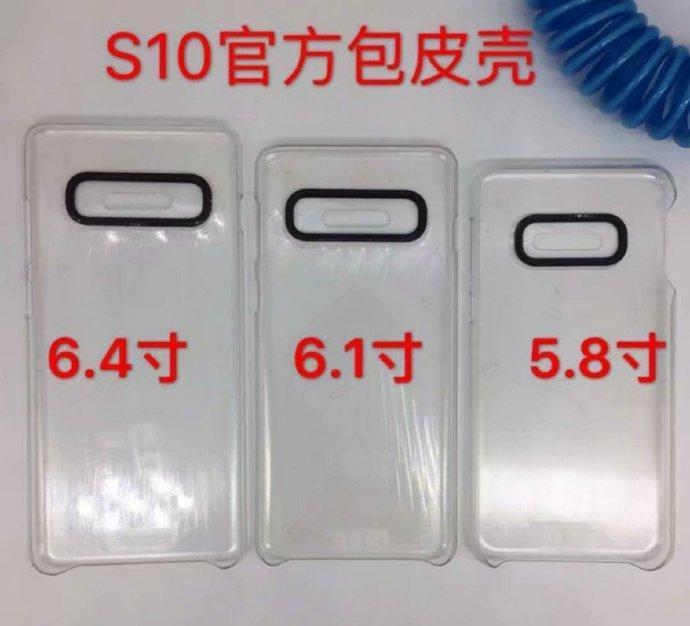 Then we’ve got our list of specifications based on past leaks, insider anonymous tips, and precedent. Note that the specs you see below are not official – not until Samsung says so.

SEE TOO: How Galaxy S10 may be the most extravagant Android ever

ALSO notice: When we first published this set of specs, we included the details above with a similar disclaimer. “As it is with these sorts of things, these details are not yet official, nor were any of them released by Samsung as yet. These bits of information come from the various leaks and insider tips we’ve received or reported on over the last several weeks and months.” If you see these specs published elsewhere (like we’ve been informed this morning), let us know!

Especially when it’s a blog that does not include such disclaimers, since they are then sourced in turn, and suddenly we’ve got specs based on hypothesis sourced as fact – that just ain’t right. Head to the timeline below for additional details, and stay tuned for the next major Samsung Mobile event, likely set for February 20th. We’re expecting a March 8th (or thereabouts) launch date for the Galaxy S10, Lite, and Plus, then a 2nd-quarter launch for the two 5G smartphones.