Today we’re taking a peek at the most strange and welcome leak to appear JUST before Apple’s big event. This leak suggests that the iPhone 12 family will work with a special sort of case that allows wireless charging and… magnets. A circular charger, attached to the case of an iPhone and sends power to the body of the machine with Qi-standard wireless charging. Such a simple concept – surprising it’s not been done before now by a 3rd-party company. And here it’s leaked in the hours before the iPhone 12 event, like no big deal.

The system revealed today was discovered in the wild by Macotakara. This publication points to the Japanese accessory manufacturer MPOW, and shows how said wireless charger was designed for the so-called “new iPhone.” This device has a “ring-shaped magnet mechanism” that looks awfully familiar.

On October 9, 2020, we published a report called Apple MagSafe chargers leak in time for iPhone 12 release. It was there that we reported a set of devices: Magsafe Official Case with Magsafe, Two Wireless Chargers: Magsafe Charger, Magsafe Duo Charger.” 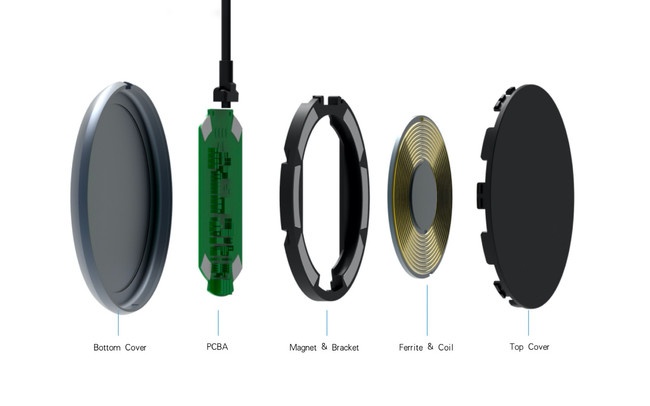 What we’re likely seeing here from MPOW is an early glimpse of a 3rd-party iteration of what Apple will release for the iPhone 12, officially. This is the sort of accessory that’d bypass the biggest complaint we’ve seen for wireless charging – slipping. Most wireless chargers have as little material between the power output and the power input – this often means you’ve got materials that are smooth and thin, and inevitably slippery. With this magnetic system, we’ve basically got the same system we had with the Magsafe power connection for the MacBook – a system we still use for computers like the Microsoft Surface – magnets for the win!

Stick around as we cover the Apple event today and discover the true extent of Apple’s inclusion of magnetic elements in the iPhone 12 and related products. The event begins today at 1PM Eastern Time, 10AM PT.