Lando movie rumor not true (from a certain point of view)

Rumor started this morning of a Lando Calrissian movie as foretold by Lucasfilm head Kathleen Kennedy. It was misquoted, as noted and re-noted by the source for the material. But the hype is real, and the reaction to the possibility of such a film is no surprise to us, no surprise at all.

As told and re-told by French cinema publication Premiere, Kennedy acknowledged the reality that a Lando movie would be an enjoyable endeavor. Earlier news suggested that Kennedy straight up confirmed that the next solo Star Wars film would be devoted to Lando.

The quote from Premiere reads as follows: “Nous adorerions raconter un jour une histoire consacrée à Lando Calrissian, mais ce n’est pas d’actualité. Ce serait aussi amusant de relater l’histoire de Han et Chewie…” This translates to: “We would love to tell one day a story dedicated to Lando Calrissian, but that is not topical*. It would also be fun to tell the story of Han and Chewie…”

*d’actualité, topical, much in the same way all press at a movie event are politely steered back to the movie at hand when they ask about future projects. This sort of language is used at every single press event for major film projects – especially when they’re about superheroes or sci-fi characters part of a larger storyline.

One look at this poster for the film SOLO and you’ll realize the obviousness of the truth. This movie has Han Solo and Chewbacca and Qi’ra and all sort of other characters in it, but it’s really Lando’s film. I’ve literally not seen the movie yet so I don’t know about the amount of Lando within, but I assume there’s a lot yet never enough, if you know what I mean. 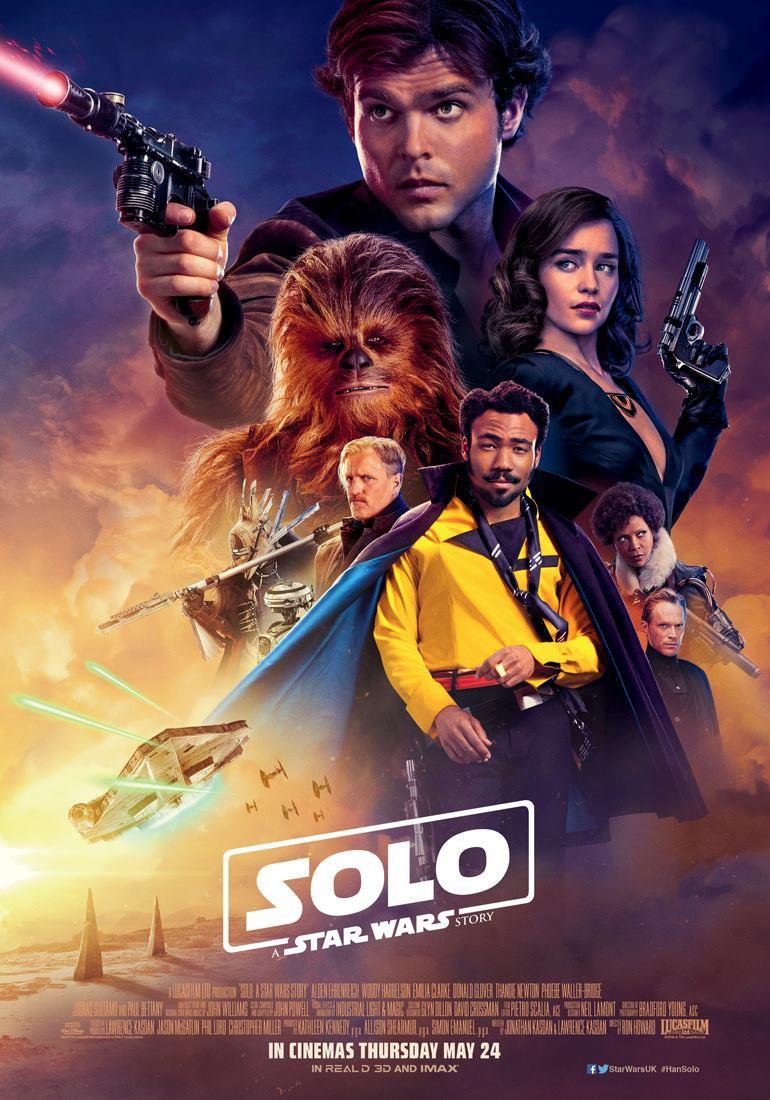 Have a peek at our Solo Movie Lando Toy Tour to see which items you’re probably going to want to treat yourself to once you’ve seen the film. Also take a Lando-led tour of the Millennium Falcon, LEGO style if you do so please.