Does your track car really need a roof, or indeed a windshield? That’s the question posed by the Lamborghini SC20 by Squadra Corse, the automaker’s newest – and among its most rare – sports car that, though legal for the road, is really intended to make its mark on the track.

A one-off creation by Lamborghini’s motorsport division, it’s the design handiwork of Centro Stile in Sant’Agata Bolognese. Built to order for one lucky – and presumably wealthy – customer, it comes roughly two years after Squadra Corse’s last custom build, the SC18. 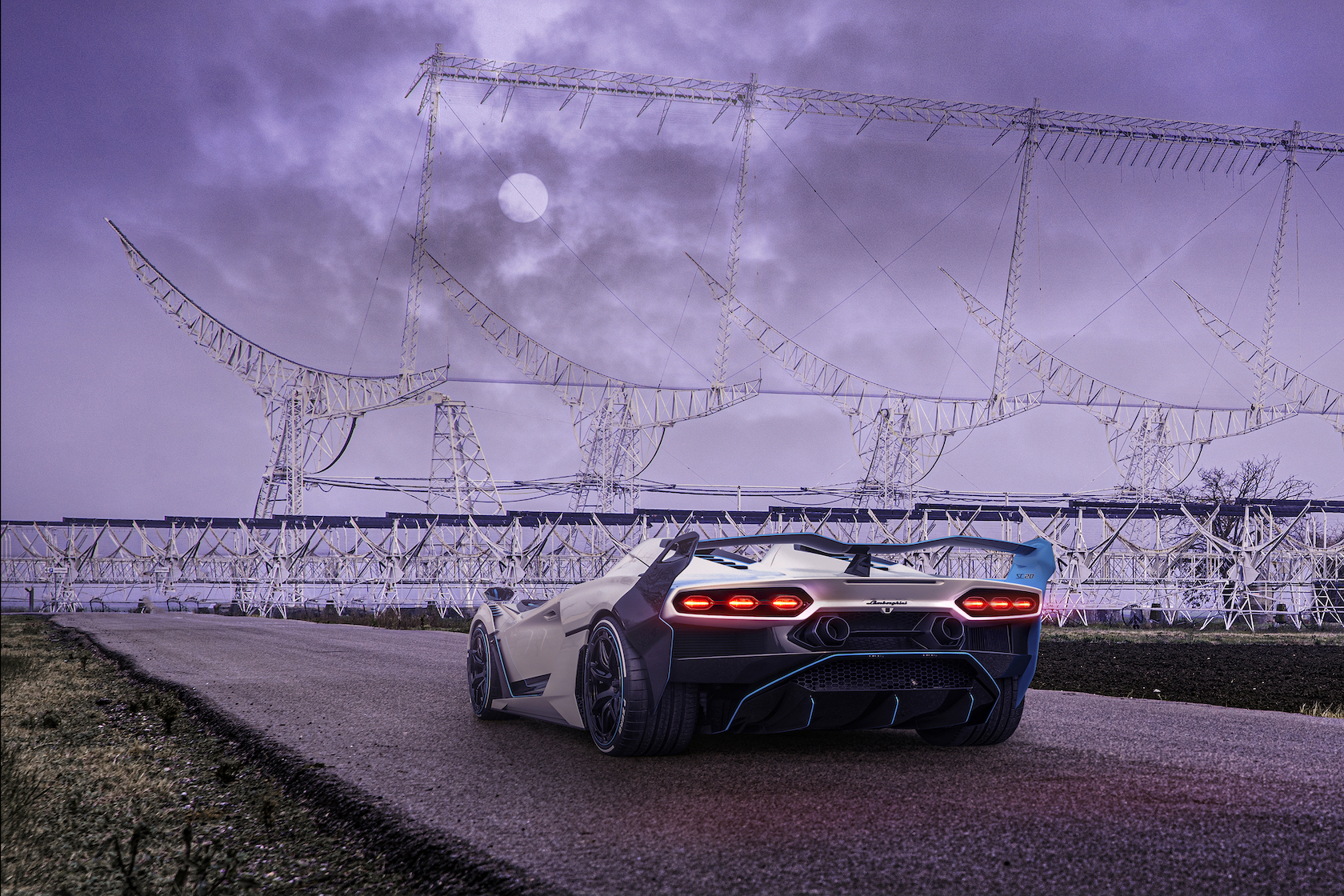 Where that car took the Aventador and re-envisaged it for even more potent track performance, the SC20 focuses on the advances in aerodynamics in the intervening years. At its heart is the 6.5-liter V12 engine, with 759 horsepower and 531 lb-ft of torque, combined with an optimized seven-speed Independent Shifting Rod (ISR) transmission.

All-wheel drive is included, along with a central electronic differential. The single-nut aluminum rims – 20-inches up front, and 21-inches at the rear – wear Pirelli PZero Corsa rubber. 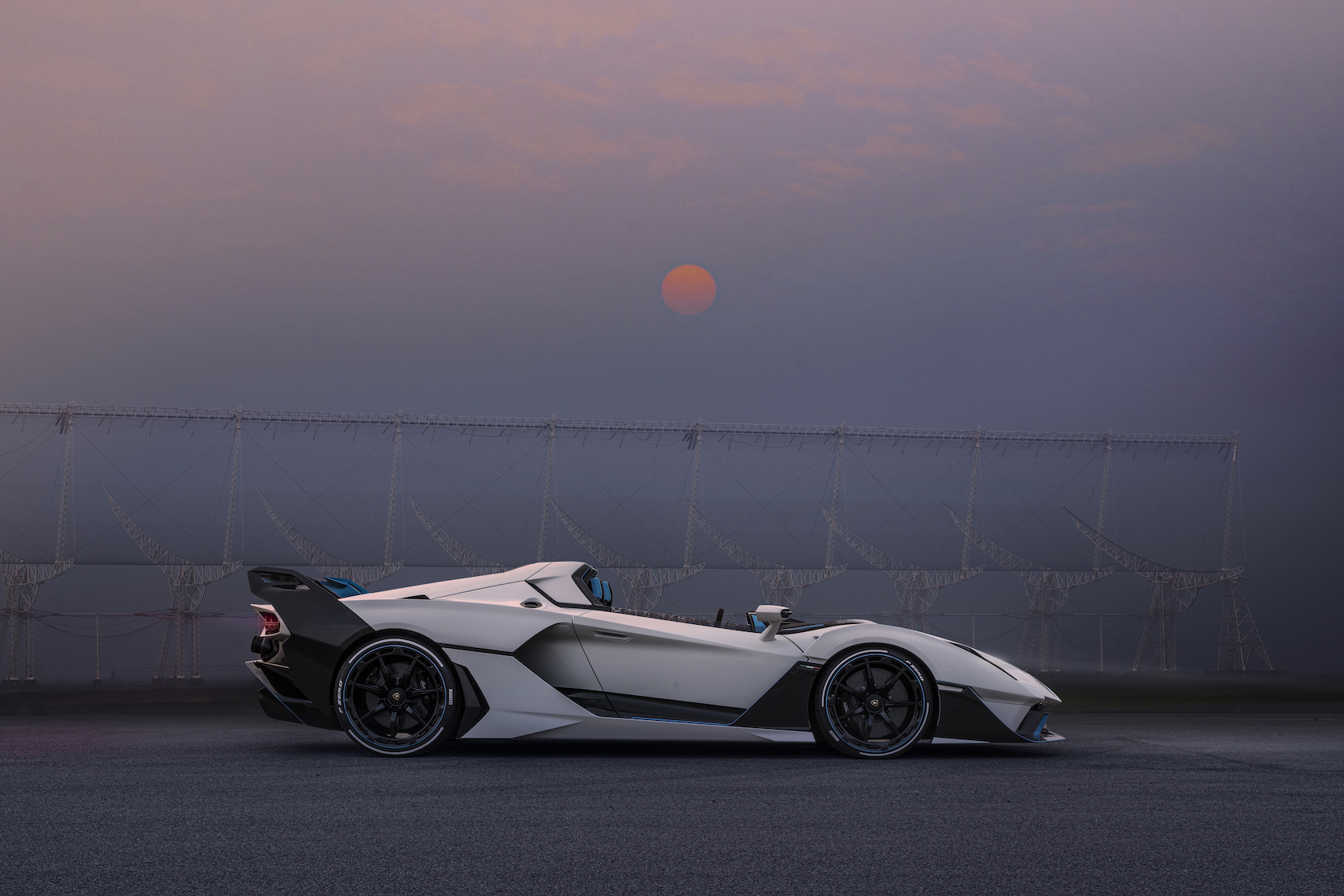 The design, though, blends cutting-edge aero research from Lamborghini’s racing experience with some icons from the automaker’s back-catalog. Squadra Corse namechecks models like the Diablo VT Roadster, Aventador J, Veneno Roadster, and Concept S as among its inspiration, though the SC20 still manages to look like something different all on its own. 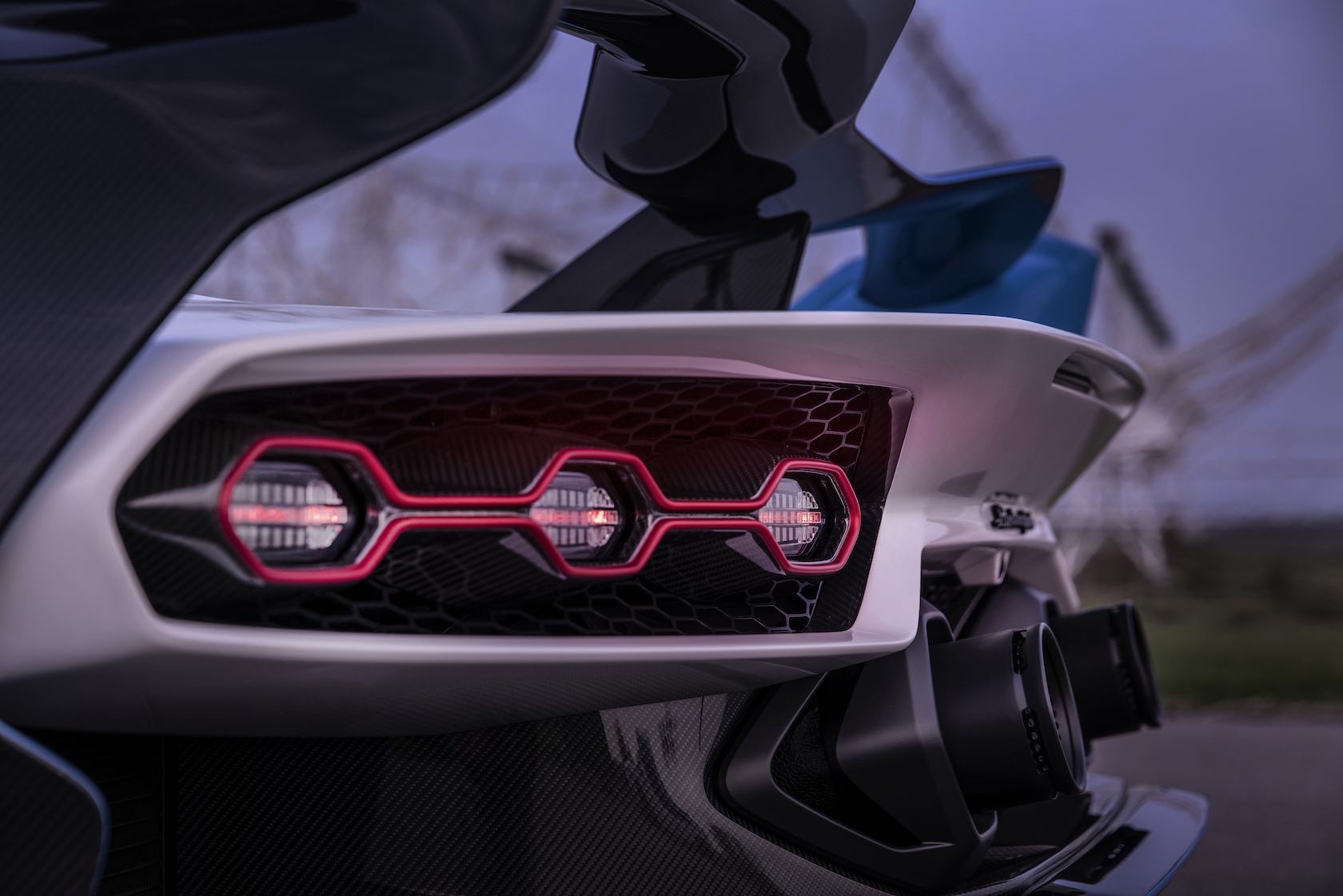 The body is made from carbon fiber, hand-polished and slicked down by Lamborghini’s aerodynamic engineers. There’s a sizable front splitter, flanked by fins, while the Huracán GT3 EVO gave inspiration for the functional air intakes on the hood. Lamborghini’s work building the Essenza SCV12 prompted the side body sculpting. 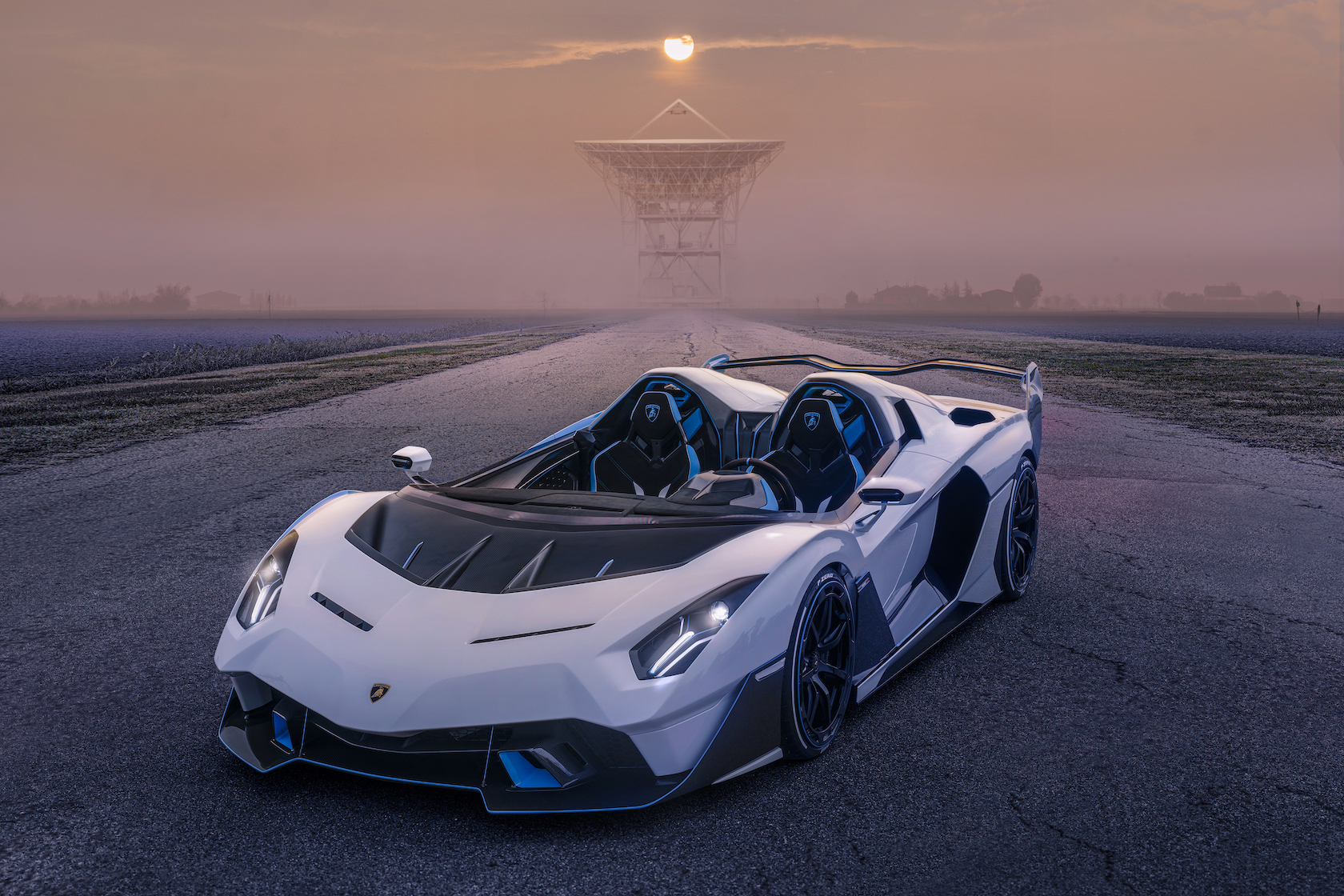 At the back, there’s a large carbon fiber wing, which supports manual adjustment to three different positions: Low, Medium, and High Load. As for the finish, the carbon fiber first gets a Bianco Fu white base which was specially created for the SC20, with Blu Cepheus blue livery to pick out and highlight details. The same blue continues inside, along with Nero Cosmus black and Bianco Leda white. 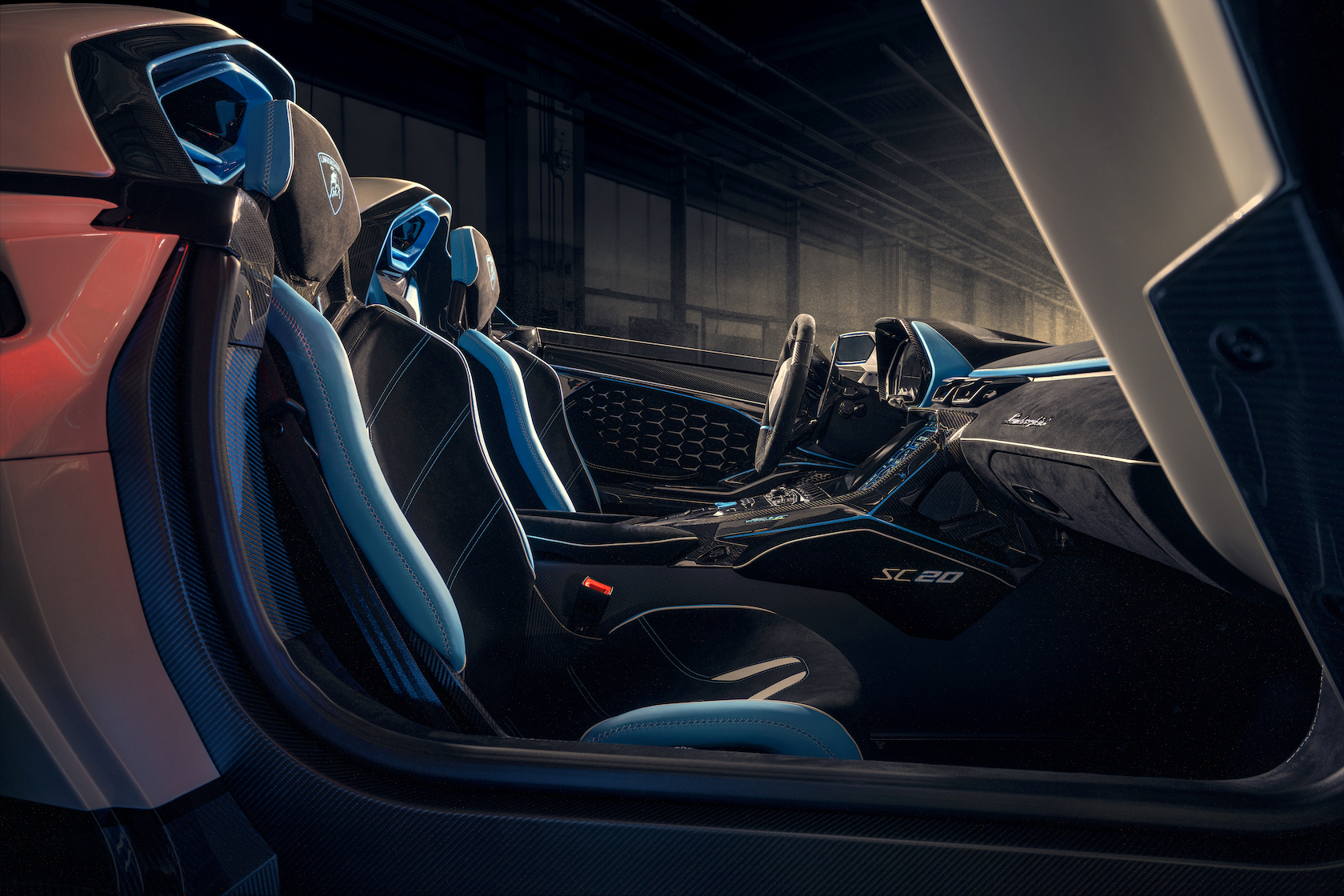 Though there’s no shortage of Alcantara, leather, real aluminum that was machined for details like the door handles, and even 3D printed air vents, Lamborghini still leaves plenty of exposed carbon fiber. That’s visible on the dashboard cover, rear all, door panels, center console, and on the steering wheel trim, while the same material is used for the racing seat shells. 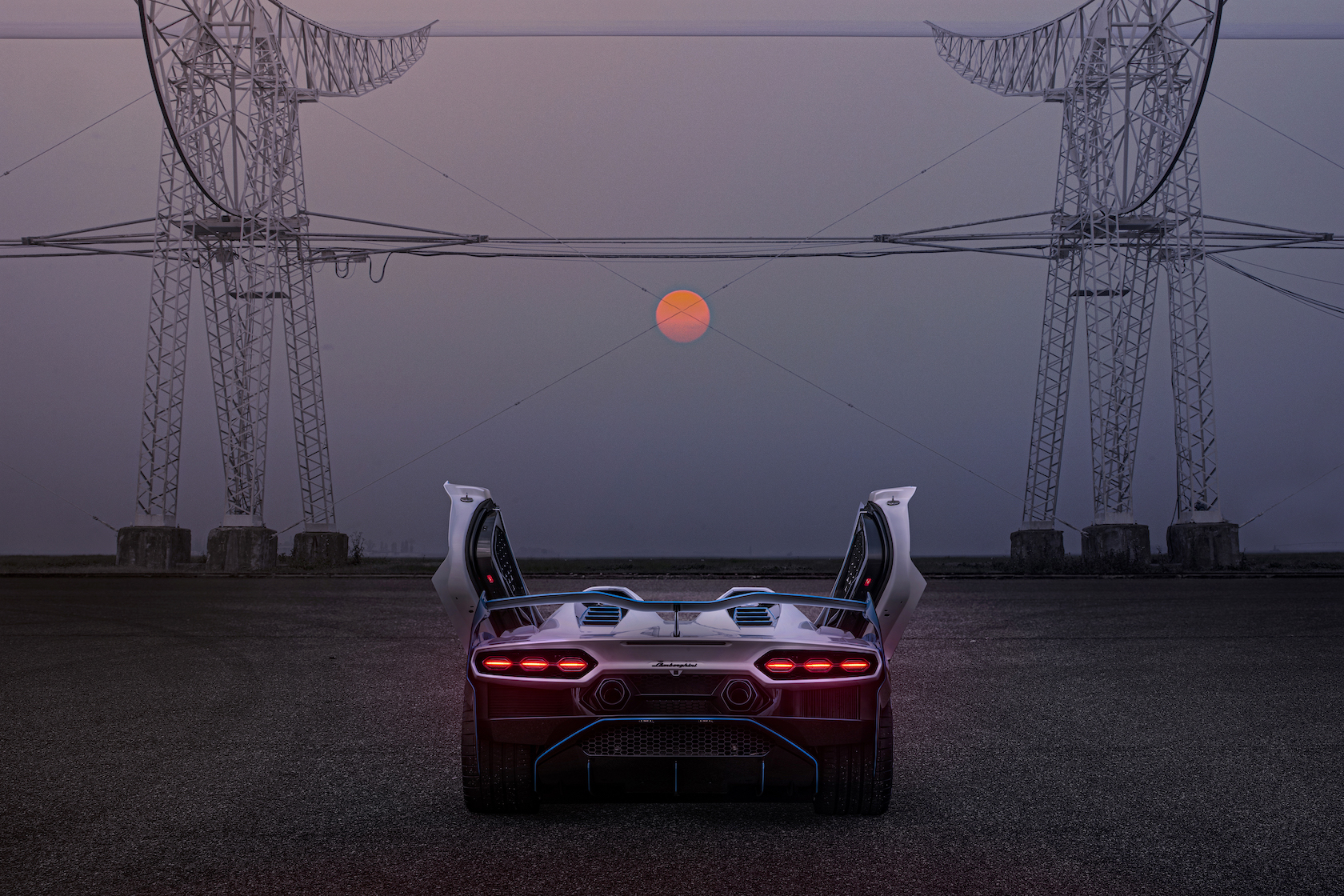 As an exclusive one-off, this is the only SC20 that Lamborghini intends to build; the price tag hasn’t been announced.