Lagonda is tearing up car lore and I’m fascinated

It felt almost illicit when I did it. Waiting for the scrum of automotive media to clear a gap within the clamshell door embrace of the Lagonda All-Terrain Concept so that I could lean in and take photos, I found myself pressed almost up against the interior door trim of the super-luxe electric SUV. And so, carefully, surreptitiously, I ran my finger down it.

There’s a general rule when it comes to concept cars at auto shows: look, but don’t touch. Sure, there are some exceptions – Vincent getting to drive the Audi e-tron GT out on the streets of LA, just hours after it had made its on-stage debut, is perhaps the most memorable example – but for the most part these are precious, expensive, often fragile one-offs. Bordering on delicate art as much as they are cars, in fact. 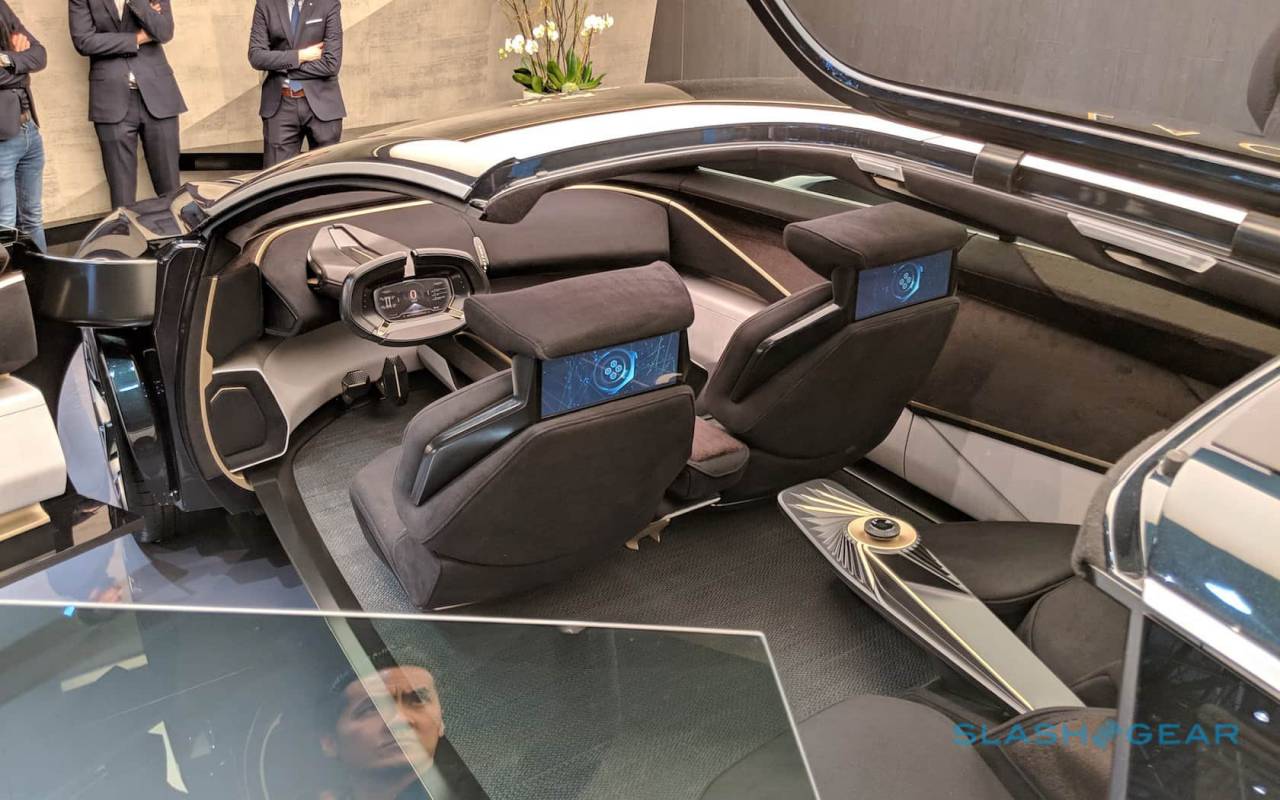 Instead you poke your lens in. You lean as far through the windows or doors as you can reach, jostled by the mass of other media trying to strike that same precarious balance, and allow the camera to take your place. In the driver’s seat of some impossibly-powered supercar, perhaps, or the plush rear thrones of a modern-day limousine. 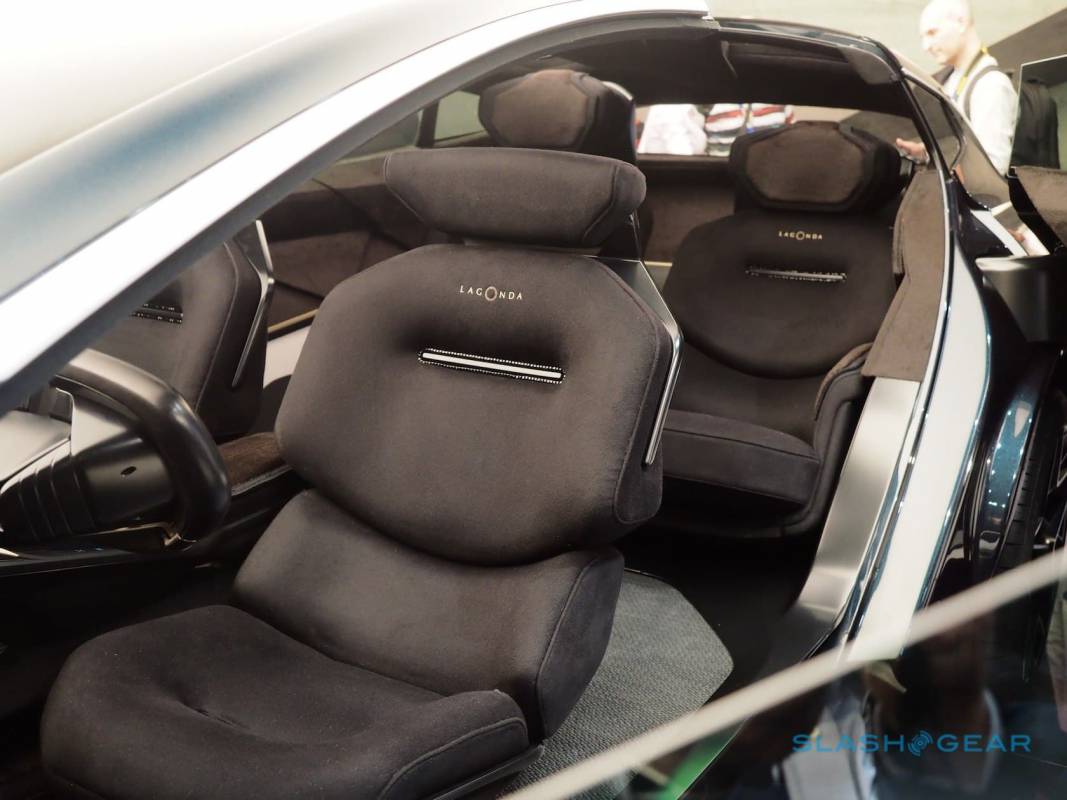 A fingertip strummed down the Lagonda’s door panel isn’t too transgressive, in the grand scheme of things. It still felt like something I should hide, though. Something the Aston Martin people guarding the concept would frown upon. I just couldn’t resist it.

There’s a palette of materials associated with luxury. Leather, of course. Wood, too, and metal. Top-stitching – typically in some combination of diamonds or waves, in either matching thread or a contrast color – gives an automaker the opportunity to show off its fabric workers’ skills. It can make for a beautiful cabin, certainly, but it’s also a little… predictable. 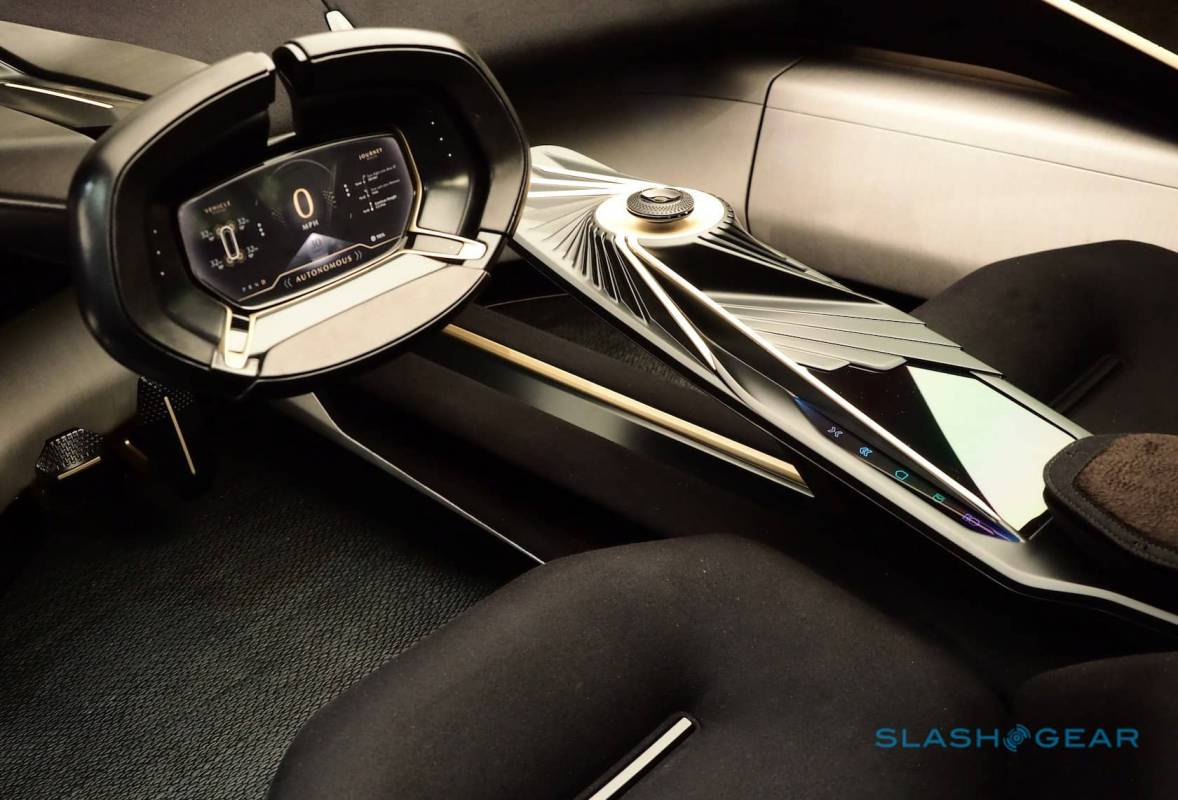 For two years in a row, Lagonda has subverted that palette. The All-Terrain Concept picks up on where last year’s Lagonda Vision Concept left off, eschewing the traditional wood, metal, and leather combination in favor of a new array of options. No less luxurious, but distinctive in how new they feel within the automotive arena. 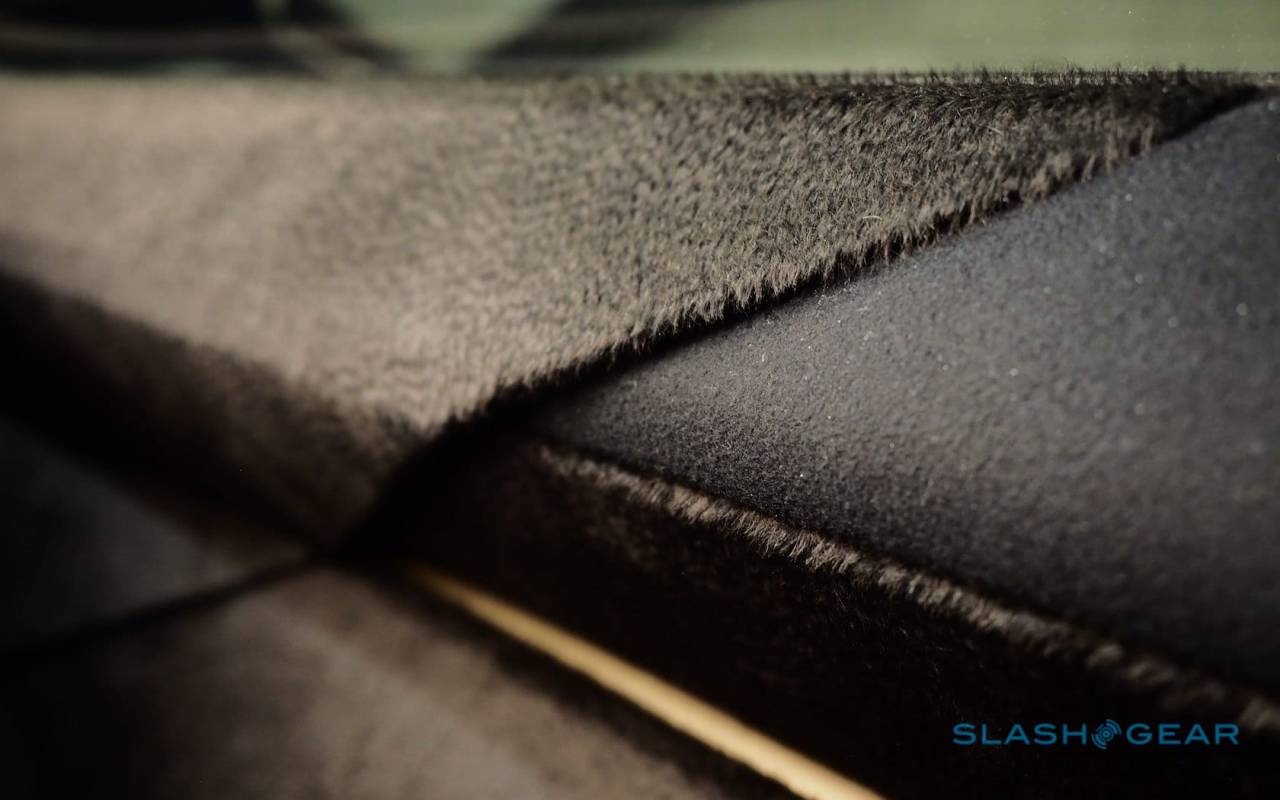 The door trim that caught my eye – and my devious fingers – is wrapped in cashmere and what almost feels like fur. It was a little like stroking a very short-haired cat. The same dense, hand-woven wool covers the armchair-like seating for four inside. Lagonda uses silk, ceramic, and hidden LEDs, which conspire to give the All-Terrain Concept’s cabin the feel of a secret club house.

What I find most exciting about what Lagonda is doing – first with the Vision Concept, now with the All-Terrain Concept – is its willingness to experiment. Not only with the proportions and definitions of luxury transportation, or indeed with its eagerness to embrace electric-only propulsion, but the urge to throw out the old perception of what a high-end car should feel like when you’re inside. 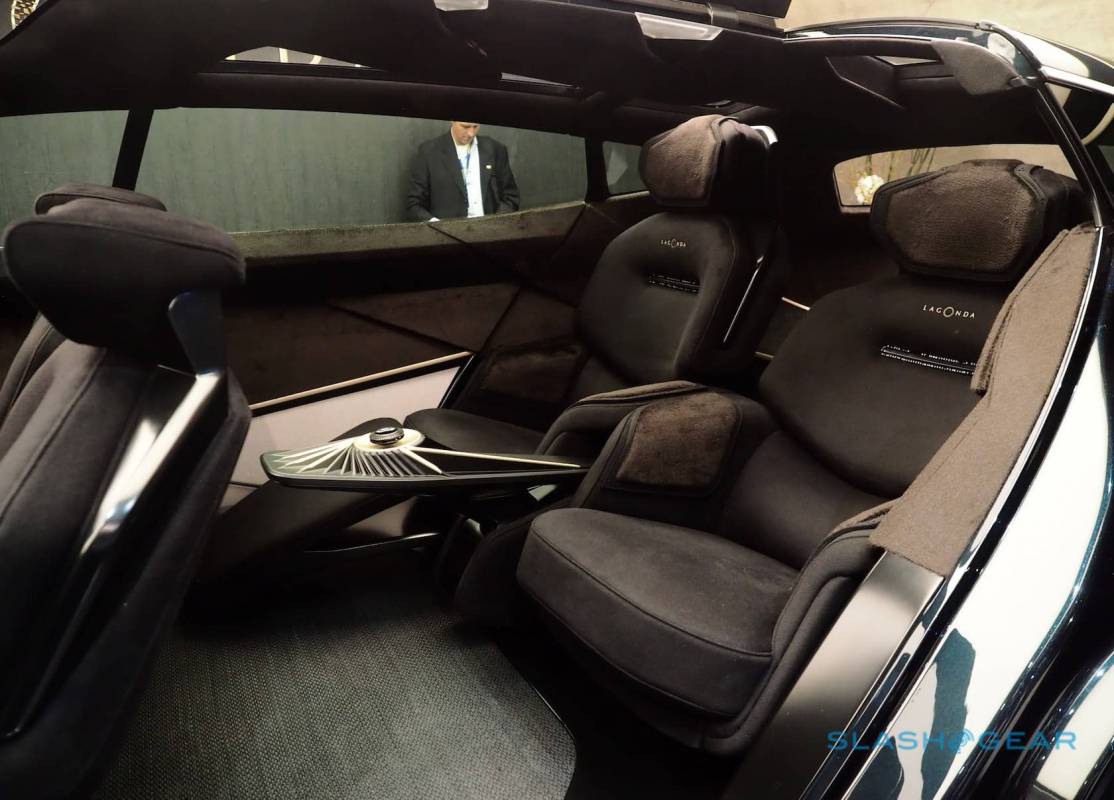 It’s fair to say that the current crop of electrified luxury vehicles have typically treated their EV status as something to be explained rather than outright embraced. The plug-in hybrid versions of Mercedes-Benz’s S-Class and BMW’s 7 Series may be electric, but they cling close to the pattern established by the more mainstream internal-combustion versions of each car. 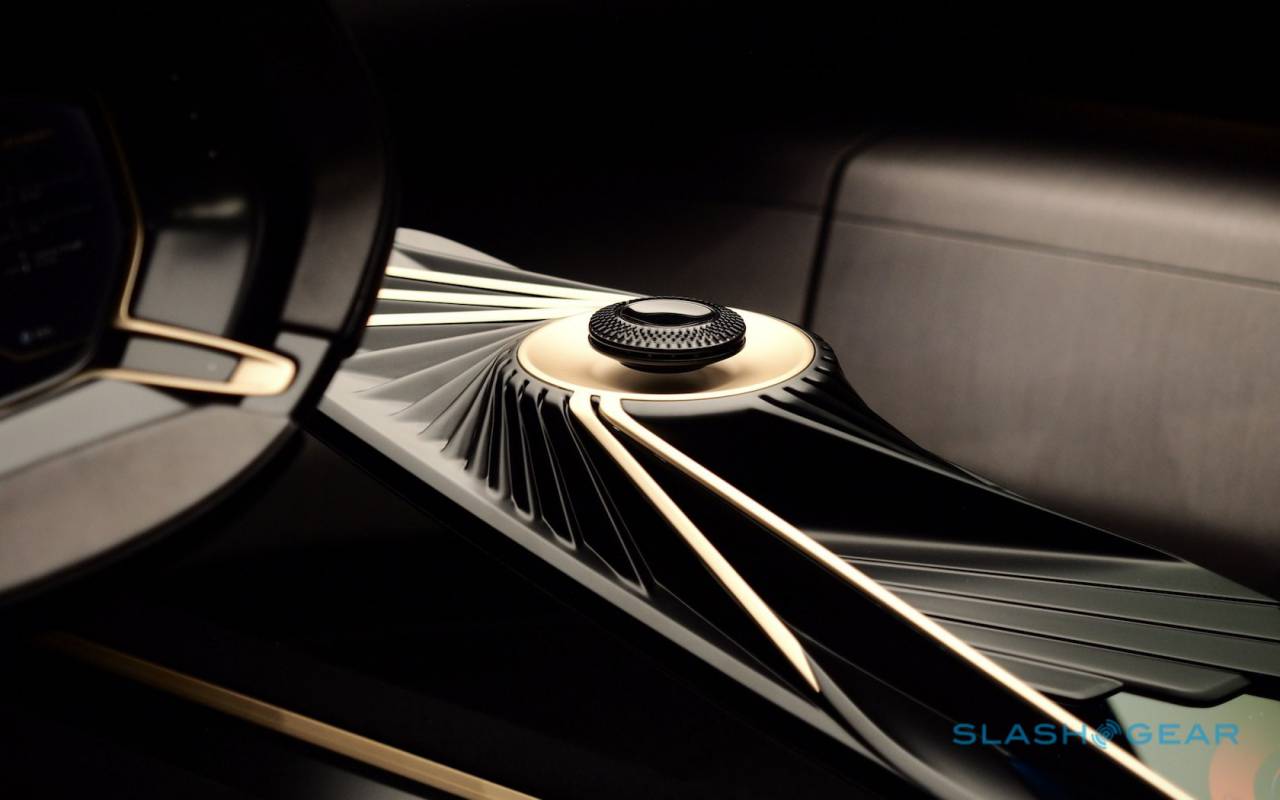 It’s also fair to say that Lagonda, liberated by the fact that it’s creating a show car rather than a production model, has more flexibility to be playful in its design choices. Not all of them land, either. The floating key – a glistening puck suspended by electromagnets – may be eye-catching, but watching Aston Martin staff at the stand try, repeatedly, to position it in place and then watch in growing frustration as it dropped down again was a reminder that some aesthetic flourishes are more trouble than they’re worth.

Later, the crowds thinner and the photographic frenzy diffused, I sweet-talked the stern security staff into allowing me into the back of the concept. Settling back into the cashmere-clad chair, with an unexpectedly deep degree of recline, I unsurprisingly didn’t get to play with the autonomous features Lagonda is talking about, nor the next-generation interface, or the way the automaker has in general masked its technology. 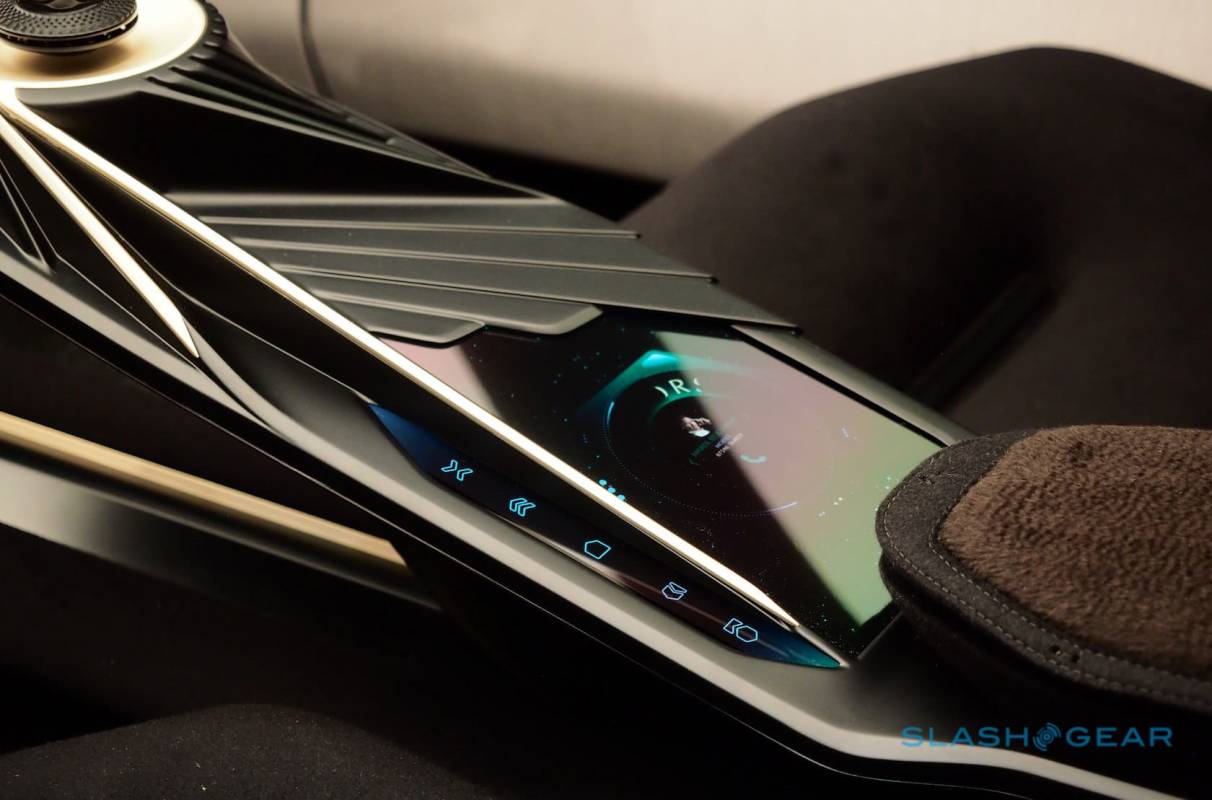 It was enough, though, to get a glimpse of this alternative luxury Lagonda is so enthusiastic about. More than that, to realize that the concept of cosseting is ripe for upheaval, and if we’re doing that by throwing out internal combustion drivetrains in favor of electric, then it would also make sense to look inside the car and see what evolution of identity might apply there, too. 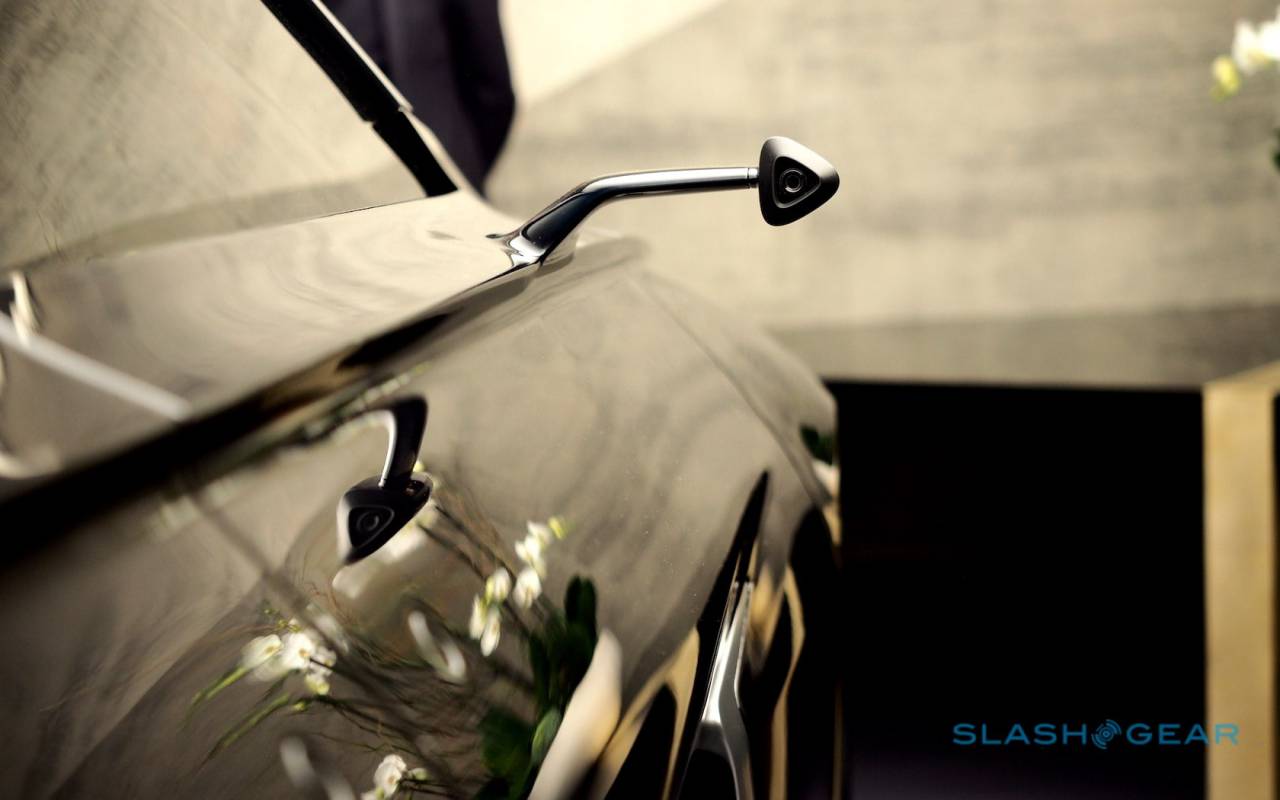 Lagonda’s first production car won’t arrive until 2022 at the earliest. It’ll dip into the design language of the All-Terrain Concept – and the Vision Concept – though how that will be translated for retail remains to be seen. Similarly, how much of Lagonda’s genre-defying cabin makes it to production is another big question we’ll have to wait to find the answer to. 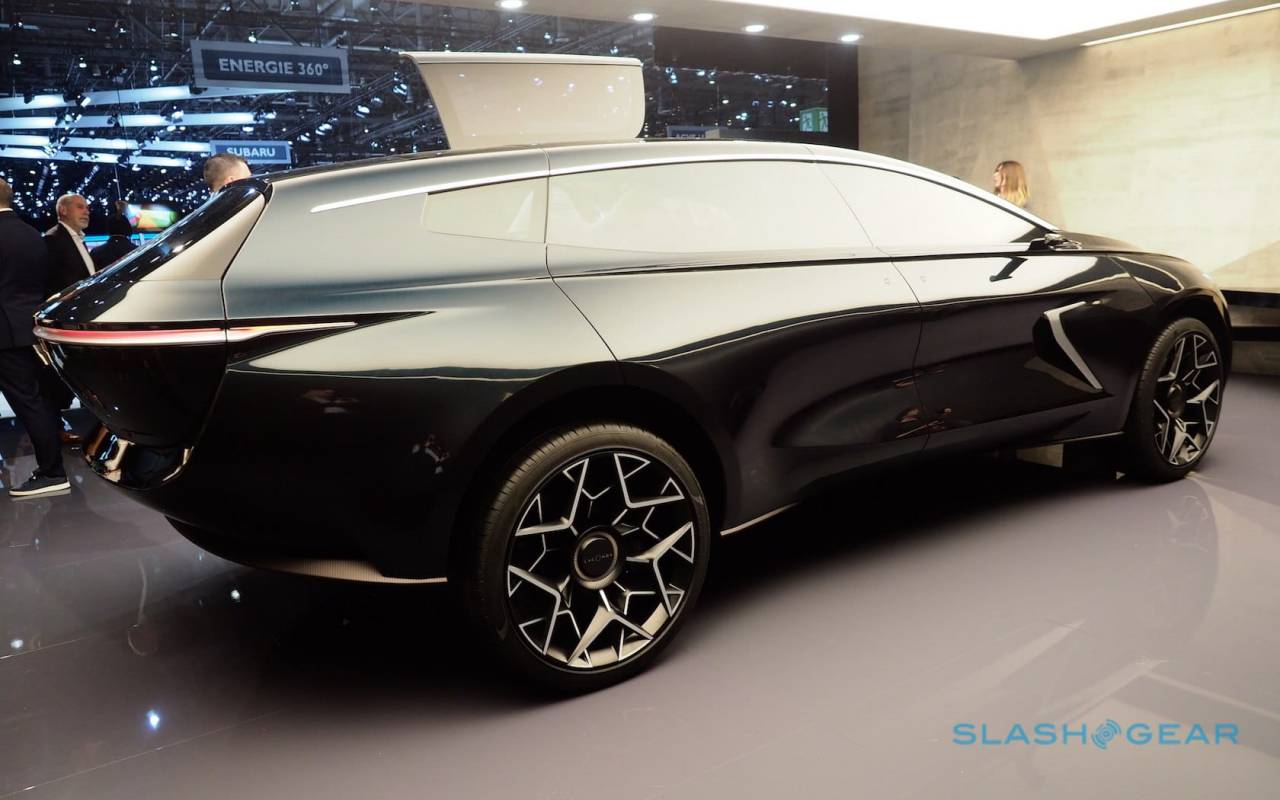 That leaves a few more auto shows at which the company could develop its message. Even among the exotica and ostentation at an event like Geneva, Lagonda has figured out a way to stand out. Now it needs to bring that distinctiveness to production.