Kobo Touch 2.0 suddenly appears, not much has changed

Kobo isn’t exactly swimming in cash when it comes to its hardware. In fact, it has decided to scrap its Android-based tablets, the Kobo Arc line, in favor of an Android app instead. That leaves it with time and resources to focus on the hardware that probably matters most to its customers: e-ink readers. Following the Glo HD that it unveiled last April, Kobo has mysteriously put out a version 2.0 of its baseline Kobo Touch reader but with seemingly little to differentiate it from its predecessor.

Truth be told, there are only so many ways you can improve on an e-book reader. There’s the form and design of the device for easier holding, resolution and clarity of the e-ink paper display, and perhaps controls for easy turning of pages. Based on these solitary photos not coming from Kobo itself, the Kobo Touch 2.0 might have hit at least the first one. The rear of the reader seems to have swapped the faux quilt design of the first Touch with a flat surface that tapers a bit to the sides, perhaps for easier holding. 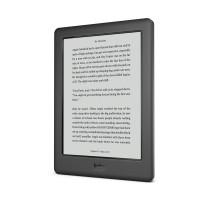 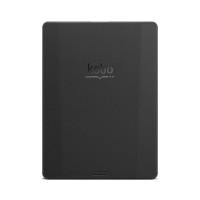 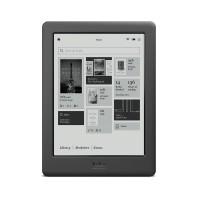 The Kobo Touch 2.0 was sighted on Chapters.Indigo, one of the Canadian retailers that carries Kobo’s ebook readers. Kobo strangely remains silent and hasn’t updated its own product listings. The Kobo Touch 2.0 is priced at $89.95 CAD, which should roughly be $68 when converted.

The Chapters.Indigo product doesn’t reveal much in the way of specs of features, aside from the 6-inch anti-glare Pearl E-ink touchscreen. We can only presume the rest of the specs based on what the Kobo Touch is not, like not having a backlight of its own like the Glo HD, or not having a microSD card slot like its predecessor.

VIA: The eBook Reader