Robo-cop might still be fictional, but Knightscope continues to push its robot guards with the reveal of a new, four-wheel model, the K7. Unveiled this week in California, the Knightscope K7 adopts a new form factor for the company, in response to user requests for a robot able to cover much larger areas and with bigger payloads of sensors.

Unlike the Knightscope K5, the upright ‘bot which notoriously toppled into a water feature earlier in the year, the K7 is more akin to an autonomous car. While that might not satisfy our need for Dalek-shaped robots, it does have some notable benefits for patrolling areas that aren’t as level and obstacle-free as the typical shopping mall. 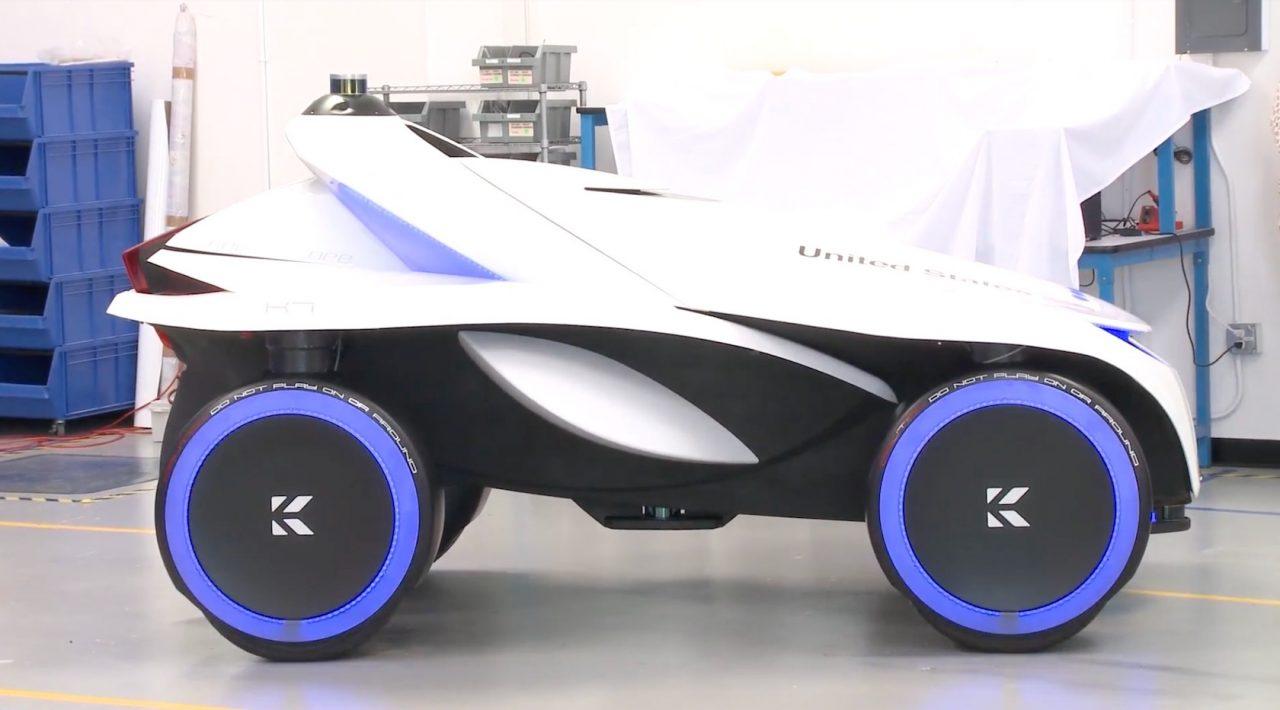 Instead, the K7 is intended to go off-road, or at least handle slightly more arduous terrain than flat marble and concrete. It’s nimble, too. By rotating the four wheels inwards, it can pivot on the spot, or crab from side to side as in Knightscope’s video below. The company is billing it as one of the few commercial implementations of autonomous vehicle technology, even if there’s not actually room inside for a human passenger.

Like the K5, the K7’s primary purpose is monitoring and surveillance, rather than chasing down bad guys. While it might look fairly intimidating, in a Portal game prop sort of way, the reality is that it’ll top out at around 3 mph. Even if it did catch up with a slow-moving criminal, there’s no way for it to actually detain them.

Still, that’s all part of what Knightscope describes as a “software plus hardware plus humans approach” which sees robots act as the eyes and ears of flesh & blood law enforcement. So far, the K5 has collectively operated over 180,000 hours across the various deployments around the world, Knightscope says, assisting in catching everything from vandals through to sexual predators. 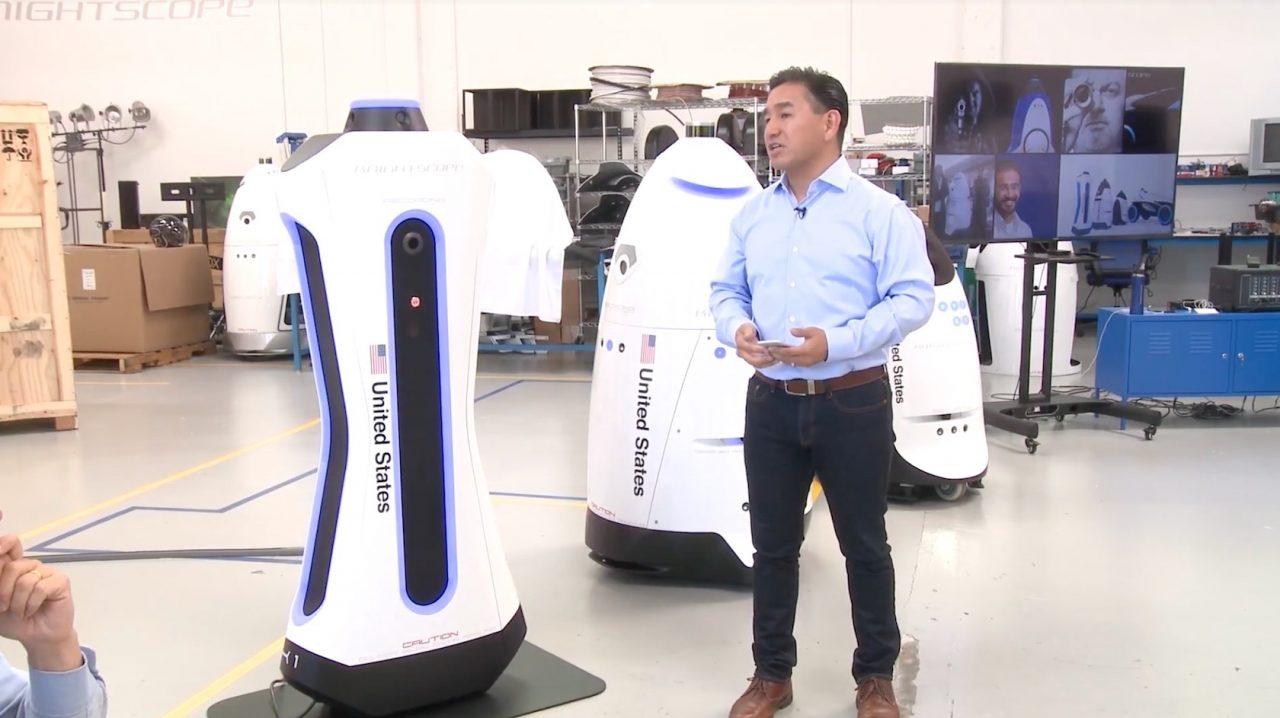 There’s also a new stationary Knightscope K1, another brand new robot but not intended to go roving. Instead, it’s designed for places like hospitals, airports, schools, and other locations where its ability to spot guns and other metal objects would help assist human guards. The company says it also has the ability to upgrade the sensors to look for chemical weapons.

The K7 will enter a beta early in 2018, Knightscope says, while the K1 will also begin deployment in the new year. Pricing hasn’t been made public, but those wanting some robot assistance will be able to either buy them or rent them depending on their surveillance needs.