Say hello to the K5 from California startup Knightscope, a five-foot tall, 300 pound autonomous security robot that has been in development for the last year or so. While it might resemble a more modern, sleek version of a Dalek, the evil aliens from Doctor Who, the K5 is unarmed and poses about as much of a threat as a really big Roomba.

It comes with an array of sensor that would equate it with a super-advanced Roomba too. The K5 has four cameras, one to look each direction, as well as GPS, microphones, weather monitors, a laser-based rangefinder, and a battery. All of these allow the unit to move quietly and smoothly across paved ground, avoiding obstacles with ease.

See, the robot isn’t meant to actually take on the security responsibilities of a security guard, but rather the patrol duties. Knightscope designed the K5 to best function as monitors for college or corporate campuses, parking lots, and shopping malls. This frees up humans to better focus on important or dangerous tasks, and only respond when the robots detect a problem. 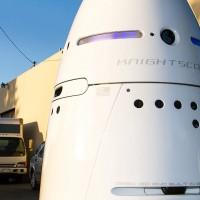 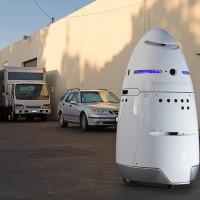 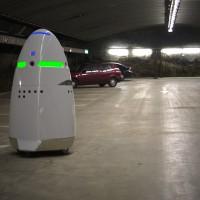 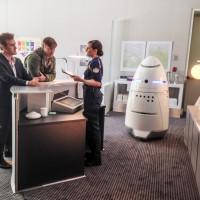 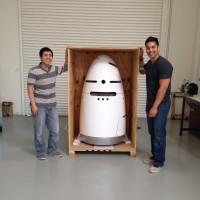 Should you be the source of that problem, watch out, because the K5 is going to beep at you. Menacingly. After a few seconds it will send a signal to its control center, most likely prompting a human security guard. Alternatively, if you’re the one needing help, just press the large button on its dome to summon security, or speak to a guard through an intercom.

Knightscope says the K5 has sparked a reasonable amount of interest in potential customers, with four units to be delivered to an unnamed company before the end of the year.

Update: An earlier version of this story suggested five K5 units were on active duty at Microsoft’s Silicon Valley campus. Microsoft tells us that in fact the ‘bots were there for a one-day demonstration, rather than actually taking on full responsibilities for security.