Microsoft has released its first game for Android, Kinectimals, bringing its interactive animal cubs to phones and tablets running Google’s OS. As with the existing version of Kinectimals for Windows Phone and iOS, the Android game works both in standalone and Xbox 360 companion mode, unlocking five new cubs on the console.

Kinectimals for iOS was released back in December 2011, spreading the game beyond Microsoft’s own mobile platform. It allows gamers to play with their virtual pet while on the move, feeding it and petting it in a manner similar to a modern-day Tamagotchi. 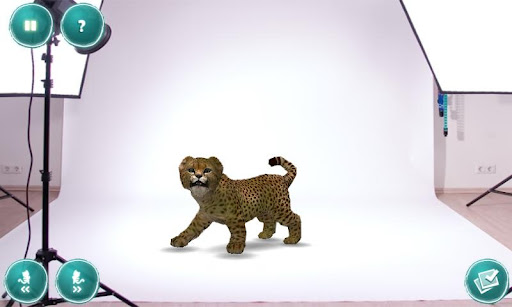 Although it has its own smartphone platform to push – not to mention Windows 8 tablets in the near future – Microsoft has been increasingly keen to broach the mobile gaming market on rival devices. Back in January, the company advertised for a new cross-platform game development specialist who would be responsible for bringing Microsoft’s console and casual titles, as well as the Xbox LIVE system, to Android and iOS devices.

Kinectimals for Android is a $2.99 download from the Google Play store, and is available now.