To be clear before we begin, no amount of finesse is going to make you cheating in a game “right.” Instead whilst reviewing the KeyMander here today, we’re going to go ahead and assume you’re OK with breaking the rules, or at least bending them a little bit.

This KeyMander hardware is not the first such device we’ve reviewed for a gaming console. Back in March, we reviewed the ControllerMAX gaming controller converter, there suggesting that the idea that it’d be perfect for your everyday controller switching to be greatly overblown. In fact it did what it said it would do, but it wasn’t very user-friendly. 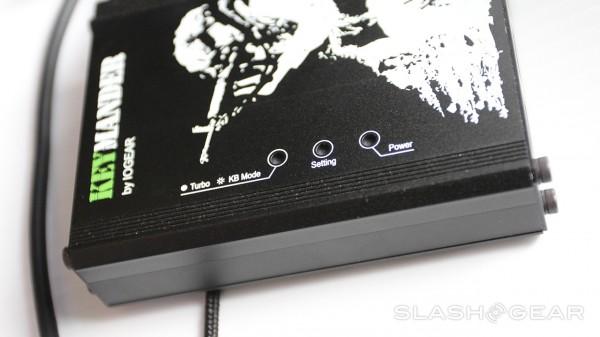 KeyMander is about the size of a couple of strudels, or Pop-Tarts if you prefer. It’s encased in a very light – but extremely solid – black metal, and it’s clear what you need to do to use it right out of the box. You connect the device to a power source with one mini-USB, then begin connecting controllers. 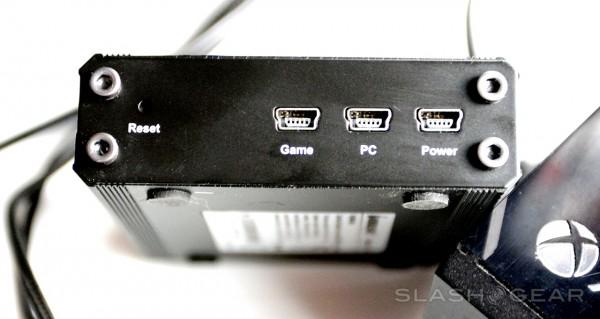 One microUSB cord must start at KeyMander and end at the Xbox One, Xbox 360, or PlayStation 3 (not 4 yet, but soon). You’ll also connect an Xbox One wireless controller to the front of KeyMander with a standard micro-USB cord, alongside your keyboard and mouse. 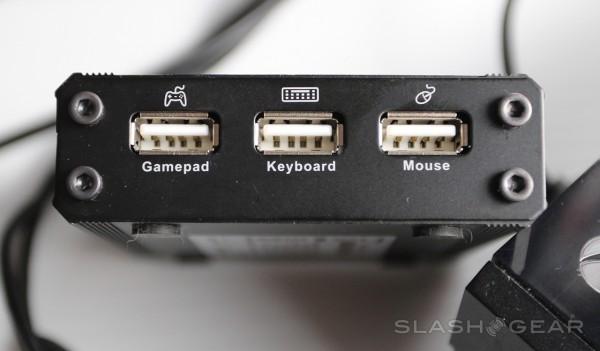 Then you just start to play. While some games don’t support the mouse and keyboard monstrosity you create here, most do. What you’re about to see is some Titanfall gameplay done with KeyMander to demonstrate the sensitivity in the system.

Note above that we’re not necessarily trying to dominate our opponents, but testing out the sensitivity of the setup. Moves are entirely smooth, as we found out, and controlling our pilot in-game became a lot more akin to PC controls than they did Xbox One.

That’s not to say KeyMander is perfect. You’re still relying on a system which pings from your keyboard and mouse to the controller to the console, which means you’re not going to have the same sensitivity as you would with a straight mouse/keyboard connection to a PC. This setup does, on the other hand, allow you to play much more naturally if you’re used to your PC and plan on playing on PS3 or Xbox One.

KeyMander will cost you a hefty $99.95 USD, not a small price to pay for the ability to switch your accessories. If the idea of playing Xbox One, Xbox 360, and PlayStation 3 games with a keyboard an mouse is the most exciting thing you’ve heard about your console in your whole life, this is the gear you’ll be all about. We’ve found no better solution for just that unique a setup.

Note also that Xbox One, PlayStation 3, and Xbox 360 are all available right off the bat, just so long as you’re able to plug in to a Windows PC and upgrade the firmware for your Keymander. We’ve been assured by the folks behind Keymander that PlayStation 4 compatibility will be integrated “later this year.”