5G could get here sooner than expected, with an unexpected push from a number of carriers and modem makers to get the super-fast next-gen networks up and running in 2019. The news, announced at Mobile World Congress 2017 this week, would see 5G going live – in large-scale trials and early deployments, at least – a year ahead of the current goal of 2020. However, it’s not as easy as just moving a few dates around on the calendar.

That’s because, in order for 5G to be launched fully, the standard needs to be, well, standardized. That final step is yet to happen, and whether it does is all down to the 3GPP (3rd Generation Partnership Project) which signs off on the technology. The big milestone is “5G NR” or “5G New Radio”, which will encompass mmWave, sub-6 GHz, and spectrum sharing including use of unlicensed spectrum.

Today, AT&T, NTT DOCOMO, SK Telecom, Qualcomm, Vodafone, and Ericsson all said that they’d be putting forward a proposal to accelerate the finalization of the 5G NR standard. That’ll be presented at the next 3GPP meeting, which takes place in March 2017. As the six companies say, operators around the world are already demanding the next level in mobile broadband, and 2020 is too far off. 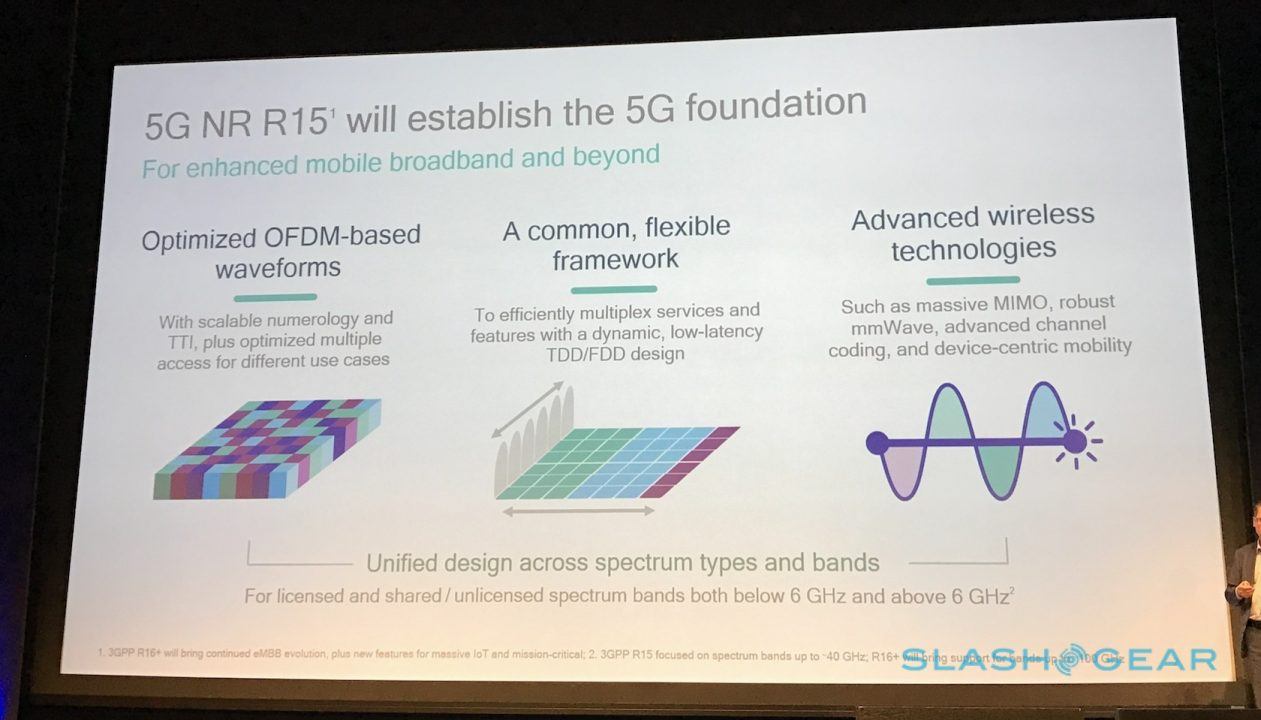 Of course, networks aren’t much use if there aren’t devices to use on them. With commercial 5G still some way out, actually seeing it in action – even in this pre-finalized state – is tricky. The Snapdragon X50 5G modem announced late last year will be “practically compliant” with the expected 5G specification, Qualcomm says, but it’s only just begun sampling. Commercial products using it aren’t expected until the first half of 2018.

Instead, you have to use something like Qualcomm’s sub-6 GHz 5G NR Prototype system, which looks more like a rack-mount server than anything you’d find in a smartphone. Qualcomm has been talking about it since June last year, upgrading the system in parallel with developments of the final 5G radio specification. Eventually, when that standard is finalized, the 5G NR Prototype will spawn reference designs.

Even with carrier support and compatible devices, 5G will be patchy at best to begin with . Qualcomm today, as a result, has said that it’s expanding the Snapdragon X50 family to include full, multi-mode 2G/3G/4G/5G modems; they’ll not only support the global 5G NR standard, but Gigabit LTE on a single chip. As a result, though they’ll play nicely with 5G networks when available, they’ll also be able to roll back to whatever other networks are on offer.