With Apple Watch looming on the horizon, it seems Apple is clearing room from retail stores to make room for their own wearable. In your local Apple Store, you will no longer find most Jawbone products or the Nike Fuelband. Though both are fitness bands that don’t necessarily compete directly with Apple Watch, they’ve nonetheless been removed from circulation via Apple. Neither device can be found via Apple’s online store, either. Other wearables are still available, at least online, but if you were planning to pick up a Jawbone UP24 with your new iPhone, think again.

This also comes after Apple yanked Fitbit products from their stores late last year. At the time, the move was believed to be in response to Fitbit’s cold-shoulder towards HealthKit, Apple’s health monitoring platform.

Fuelband was long in the tooth, and essentially abandoned by Nike. Jawbone supported HealthKit fully, so it’s not immediately clear why Apple would choose to remove their products from stores, physical and online. Oddly enough, the Jawbone UP MOVE, a clip-on movement tracker, can still be found via Apple’s online store. 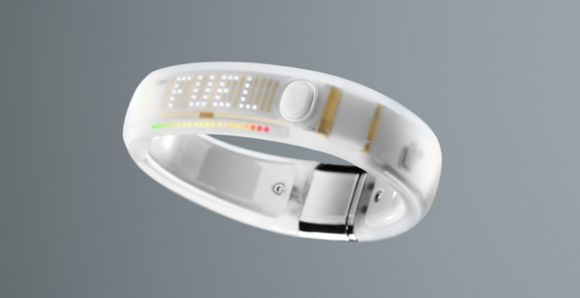 It could be a simple evaluation of the store’s performance and weeding out low performers, but Apple has now yanked hardware from three different companies that competes directly with their Apple Watch. That makes it hard to consider this move as routine pruning of what’s on store shelves.

We don’t know why Apple has trimmed these products out of stores, but in taking a closer look at their online portal, it seems Apple really is clearing out Apple Watch’s competition.

Though fitness sensors and wearables still exist, they’re almost all niche products meant for a specific use-case. Zepp’s sports sensors are still around, as are Wahoo’s highly specialized trackers. The icon for ‘Fitness & Sport’ under ‘Accessories’ in Apple’s online store might still be the Nike Fuelband, but wrist-worn items like it are all gone, now.