Jaguar made the most beautiful electric car I’ve ever seen

Jaguar just made the most beautiful electric car in the world, and it only had to cheat a little to do so. The Jaguar E-Type Zero may look like it’s right out of the sixties, but that’s for good reason: it’s an EV wearing the body of a classic. I’ve been spending some time up-close with it in London, England, at Jaguar Land Rover’s inaugural Tech Fest event, and it’s not hard to fall in love.

What makes the E-Type Zero so successful, in my opinion, is how smoothly Jaguar has integrated the new with the old. From the outside, with the car standing still, you’d have to look closely to see any sign that this isn’t an original car. Jaguar changed out the headlamps, putting in more efficient LED units to replace the old bulbs, but all the badging is unchanged. 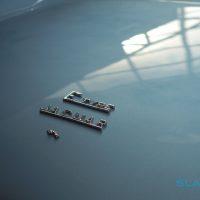 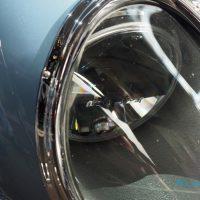 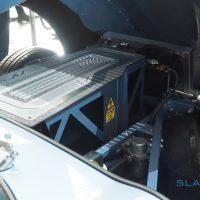 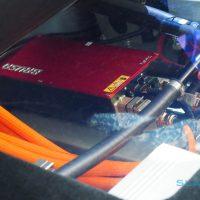 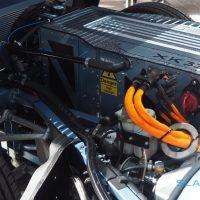 That’s no bad thing. The E-Type is widely recognized as one of the most – if not the most – beautiful cars ever made. Its a vehicle that couldn’t be made new today, for a long list of safety and regulatory reasons. It’s smaller in person than you might expect, the elongated proportions of its hood contrasting starkly from the tiny nook that is the cabin.

It’s there where the most noticeable changes are found. The wood-rimmed steering wheel remains, but it sits in front of fully digital instrumentation, a UI modeled on that of the original E-Type but including the information you’d need to monitor an electric powertrain too. 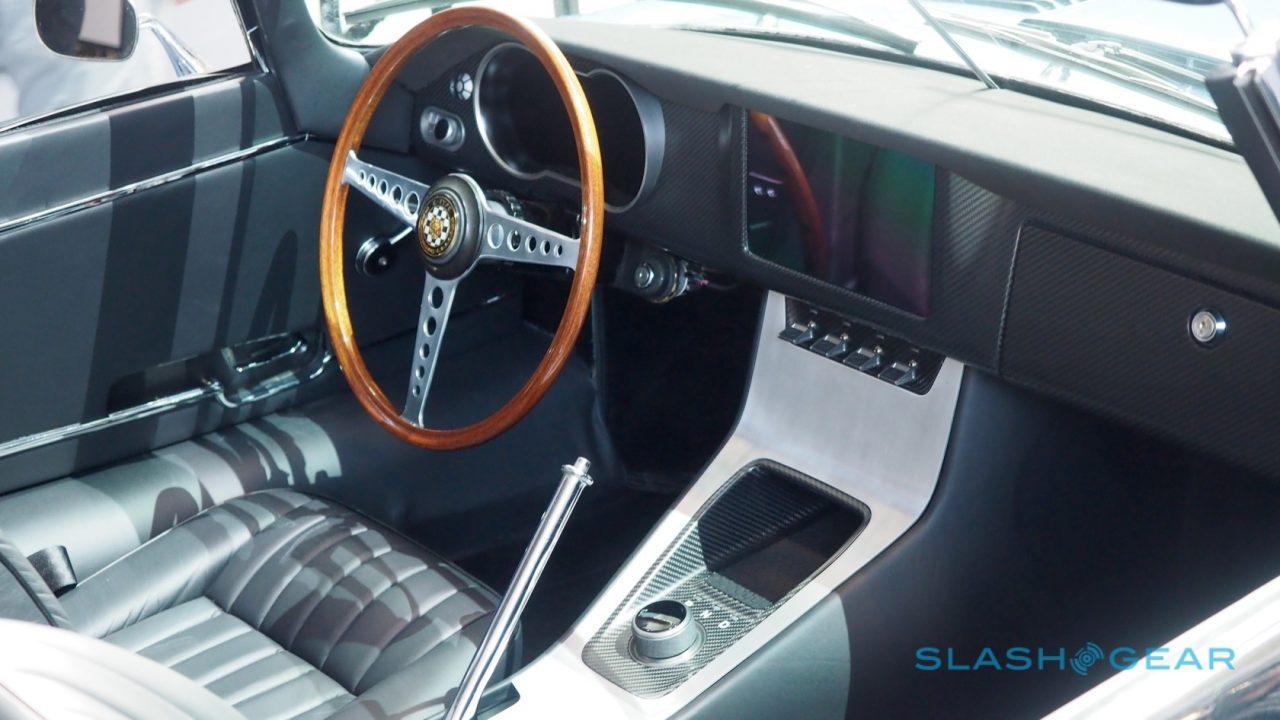 In the center console, there’s the rotary controller from modern Jaguars, a little incongruous alongside the slender chromed stem of the original parking brake handle. A bank of toggle switches is reminiscent of the controls found in the E-Type’s modern-day equivalent, the Jaguar F-TYPE. It’s underneath a touchscreen which gives access to the thoroughly modern infotainment system.

Beautiful as the E-Type Zero is, it would still be blasphemous had Jaguar embraced electrification irreversibly. The engineers could’ve taken a replica shell and made a car which just looks like the iconic classic. Instead, their donor car was an actual 1968 Series 1.5 Roadster. 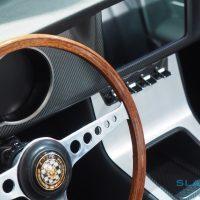 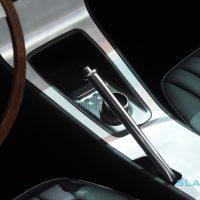 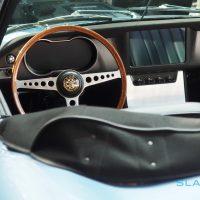 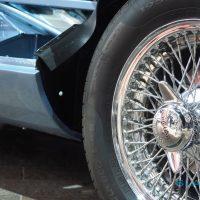 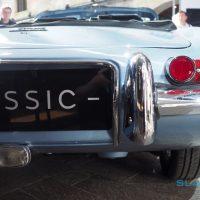 The genius is not so much the drivetrain, clever as that is, but how cleanly the E-Type embraces zero-emissions but, conversely, how cleanly it can re-embrace its old, six-cylinder gasoline engine. It’s been designed so that, at a later point, should the owner so decide, the original drivetrain can be replaced.

Jaguar made a few key decisions that helps enable that. For a start, it artificially limited the power of the electric system to 220 kW, even though it could’ve given the E-Type Zero more grunt. By keeping it closer to the power of the original car, though, Jaguar’s engineers could keep the original brakes and suspension, too. 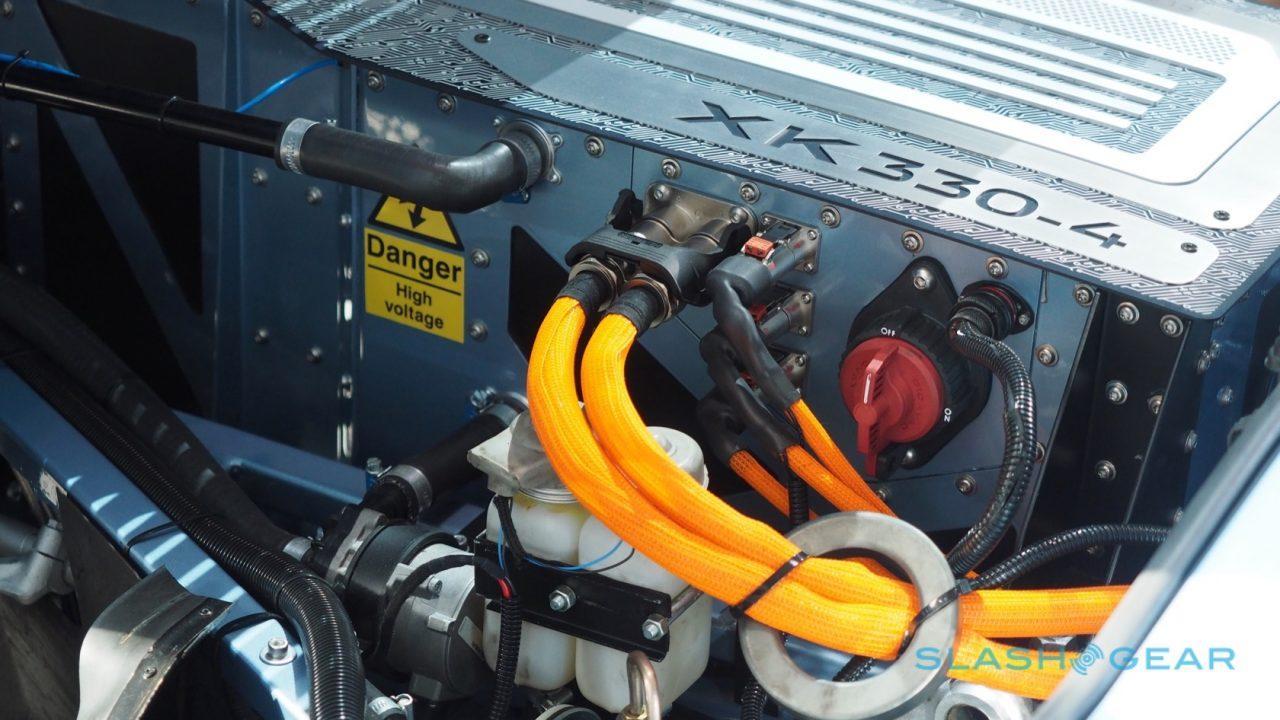 Sadly the automaker won’t let me drive the car myself. According to those who have, though, the experience is much the same as you’d expect from behind the wheel of a gasoline E-Type. The noise is different, of course – Jaguar hasn’t put an artificial engine sound in there, so there’s just the vague whine of the electric motors – but the rest is apparently surprisingly similar to the donor car as it was before.

The big question I had was whether Jaguar planned to make any more. Like many of Jaguar Land Rover Classic’s more interesting projects, the car came about because one well-heeled owner specifically asked for it. Now, the automaker says that it’ll gage the feedback from other E-Type owners to see whether it can offer the EV upgrade more broadly. Should that happen, it’s unlikely to be cheap.

Update: I’ve been talking with some of the Jaguar team responsible for the E-Type Zero, and there’s even more positive news if you’re hoping to get your hands on the car. While this proof-of-concept – intended, I’m told, to convince skeptics on the automaker’s board as much as everyone else – was based on an original E-Type, the goal is to offer a Zero version of the E-Type Reborn, Jaguar’s near bolt-for-bolt recreated version of the classic car. 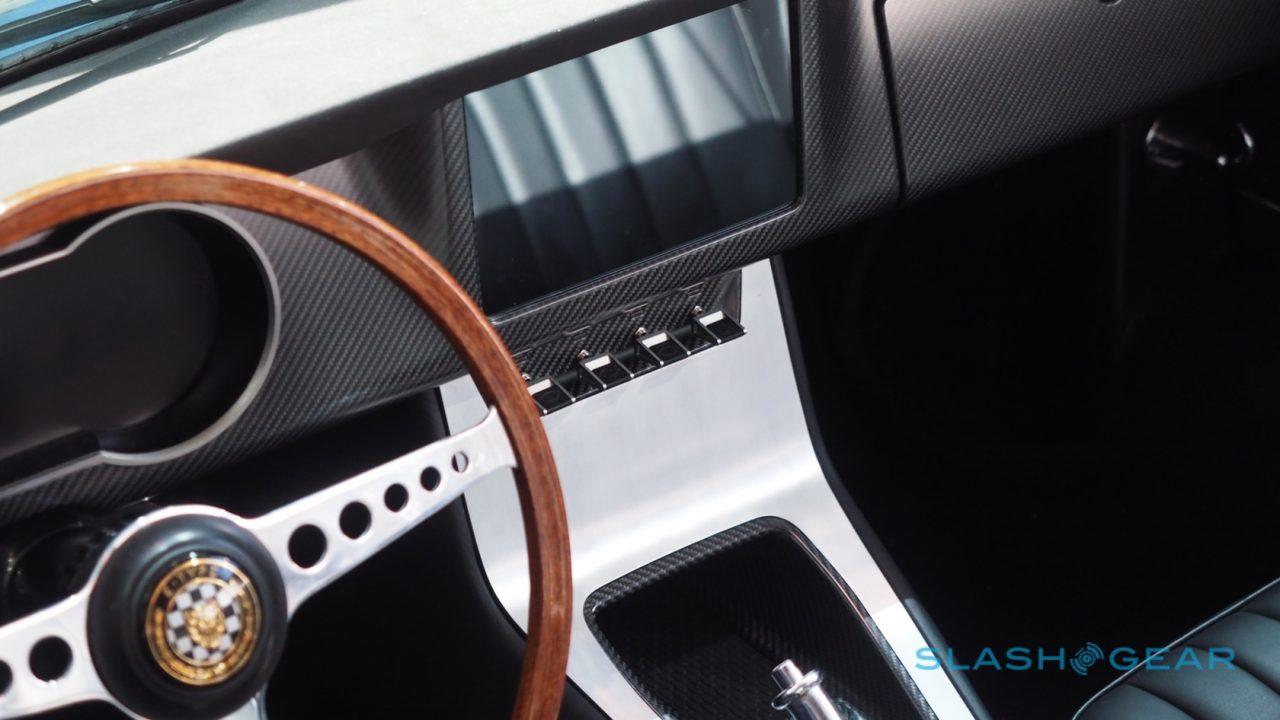 That currently costs the equivalent of around $390,000. What an E-Type Reborn Zero might come in at isn’t clear at this stage, though the fact that the electric drive is designed to be a straight swap with the gasoline powertrain hints, I’m told, that it wouldn’t necessarily be a huge premium. Before that happens, of course, the project needs to get the green-light to go ahead. Jaguar won’t say exactly what metric that will be judged upon, and will hinge significantly on how “VIP” customers react.

I suspect they’ll be swayed, particularly when they see the real-world benefits of the Zero powertrain. While Jaguar has been quoting the 5.5 second 0-62 mph time, that’s apparently a conservative number; more impressive is that 0-100 mph takes around 10 seconds, versus the original E-Type’s roughly 16 seconds. 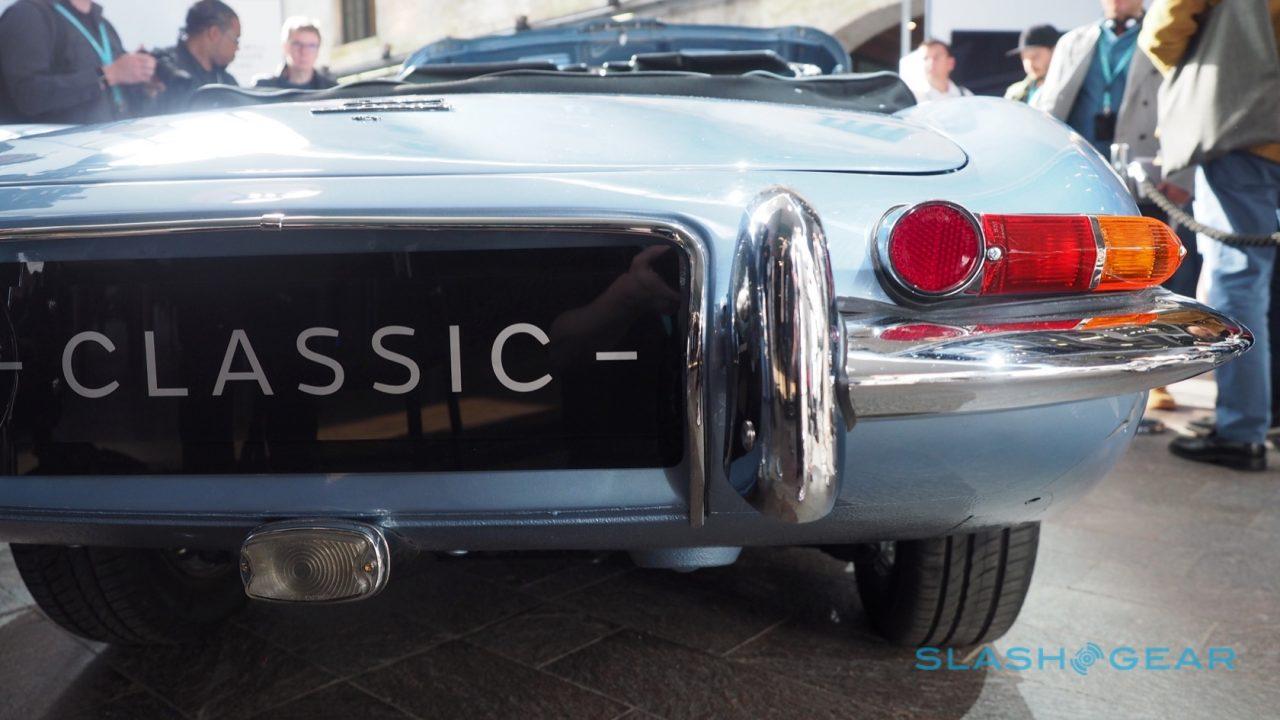 As for the eye-catching dashboard, which has been upgraded to ditch the analog dials in favor of a couple of large LCD screens, Jaguar says that’s also envisaged as an option. The vision is a more traditional interface, arguably more in keeping with the original car’s aesthetic. One of the benefits of the Reborn program is that Jaguar’s clients have a sizable input into exactly what their new-classic looks like and comes equipped with. They’d also have the option to switch to a gasoline-based system later on, if they so wished.

You may not have the budget – or donor car – for an E-Type Zero, but there’s the possibility that Jaguar’s EV system could be far more broadly applied. Though this particular project only started in April 2016, the powertrain could theoretically be installed in any Jaguar which used the XK engine. That means the XK120, Mark 1 and Mark 2, XJ6, and even Daimler limousines.