Jabra Enhance Plus are wireless earbuds with hearing enhancement

Jabra has a new set of earbuds, with the Jabra Enhance Plus straddling the line between music and hearing enhancement. Designed, the company says, for people with mild to moderate hearing loss, but who aren’t quite ready yet for all-day hearing aids, the new earbuds look more like mainstream accessories though with a smaller form-factor than Jabra’s other models.

Compared to the Jabra Elite 75t, for example, the Enhance Plus earbuds are 50-percent smaller. Despite that, they still have up to 10 hours of battery life from the earbuds’ batteries alone. With the charging case, there’s 30 hours. 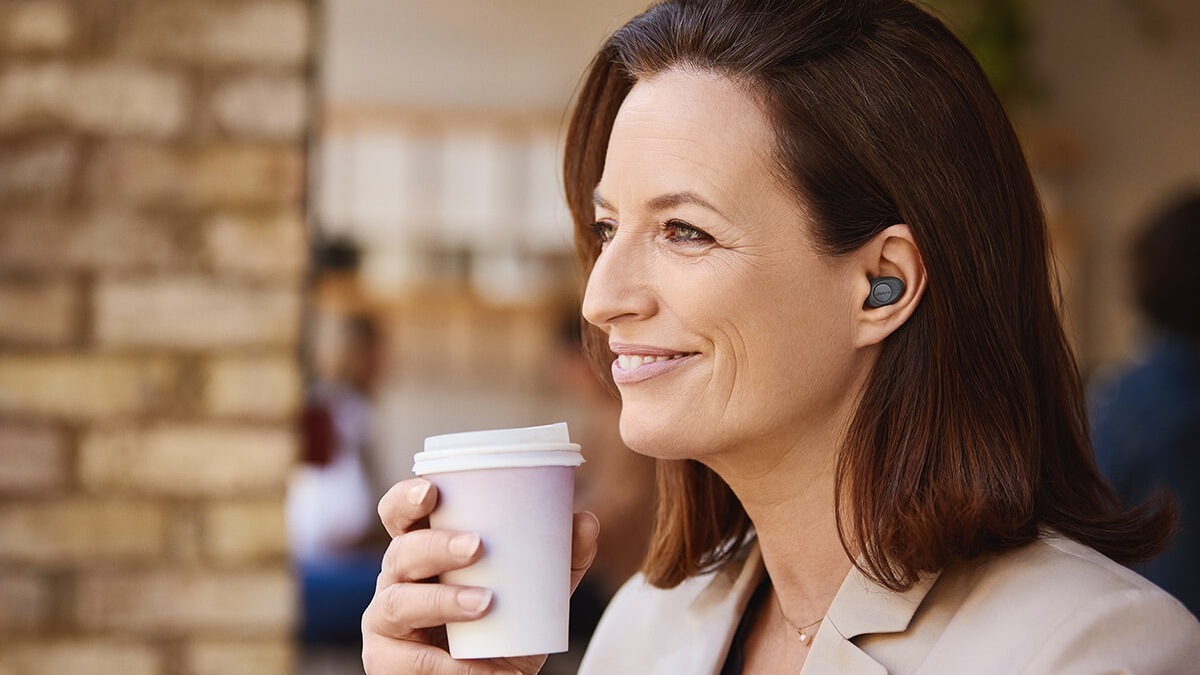 For fit, there are three different sizes of EarGels, and the earbuds are IP52-rated for water and dust resistance. They’ll of course work like regular wireless earbuds, for music and calls, with the Jabra Enhance app used to tweak the controls and the music settings.

However, there are also four different sound processing systems, focused on enhancing hearing. A warp compressor analyzes sounds in a similar way to how the human ear operates, Jabra says, so that sound piped through is more natural. Digital noise reduction cuts background sounds and should make speech easier to hear, while a binaural beam former isolates sound coming from directly ahead, useful to better understand the person in front of you and ignore peripheral noises. 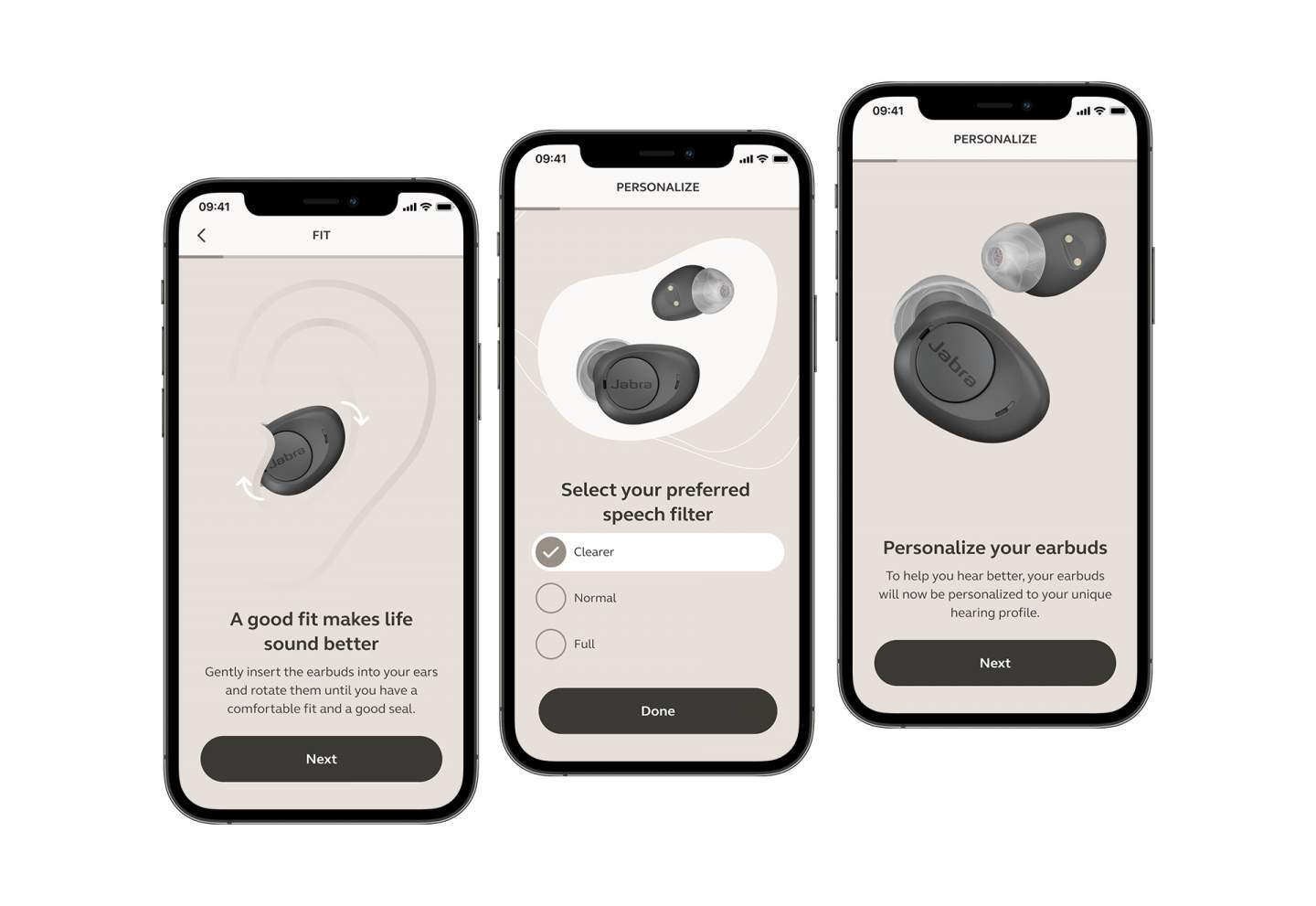 Unlike Jabra’s other earbuds, however, you won’t just be able to buy the Enhance Plus off the shelf. Instead, they’ll be available through select hearing care clinics, the company says, where licensed Hearing Care Professionals will first carry out a full hearing test and assessment. That will confirm whether the sort of amplification and other features the new earbuds offer are suitable for the user’s actual hearing condition. 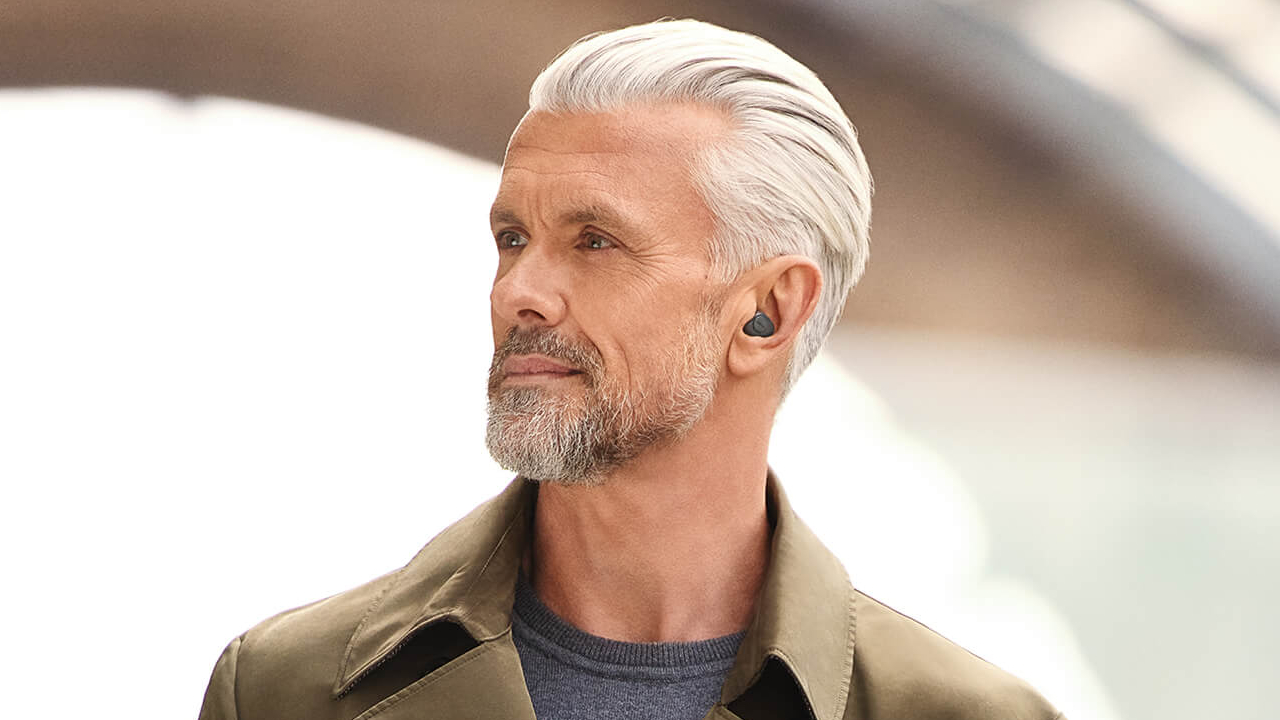 The blurring of the line between musical earbuds and what would traditionally be considered medical hearing aids has been increasing over the past few years, as companies on both sides look to expand functionality as well as tap new tech like smartphone control. Hear.com’s horizon hearing aids, for example, borrow heavily from consumer earbud tech.

Pricing for the Enhance Plus will be confirmed closer to the earbuds release, which Jabra says should happen close to the end of the year. The company is also working on getting the Enhance Plus approved as a medical device; it’s unclear at this stage, but that could end up making them eligible under some healthcare plans.