It’s time for Nintendo to exit the console business

It’s time for Nintendo to leave consoles in the past. I’ve rewritten this opening paragraph multiple times trying to figure out the right way to say that. I’ve written that there are few surprising things in the gaming industry these days, save for Nintendo, which remains to be a wild card of poor marketing decisions, and that Nintendo’s mistakes have proven that it’s software, not hardware that people are interested in. Sometimes, though, it’s best just to come out and get to the point: Nintendo needs to close the curtains on its hardware business and transition to being a purely software developer.

I feel like I should preface my arguments by letting you know just how much of a Nintendo fanboy I am. I’ve owned nearly every Nintendo console since the NES, with the exceptions of the Virtual Boy and the original Game Boy (though I did start my handheld journey with a Game Boy Pocket and a copy of Pokemon Blue, so I still think that counts). When it comes to a Nintendo franchise, I’m hard-pressed to think of one I don’t immensely enjoy. Pokemon, Mario, Zelda, Donkey Kong, Metroid, Star Fox, Pikmin – I love them all, and I have gladly plopped money down for nearly every major Nintendo release, despite the voice in the back of my head that says “you know you’ve played this game before, right?”

That doesn’t matter, because I consider Nintendo’s games to be masterworks of their respective genres. As far as I’m concerned, adventure games are nothing without Zelda, and every platformer after 1985 owes its success to the original Super Mario Bros. Stick with me here, because I’m going to say something a little out of left field, but I truly believe that Pokemon is one of the finest RPG franchises ever made. It is a perfect example of what an RPG should strive to be: immediately accessible for casual players, with an insane amount of depth that will only be appreciated by the hardcore ones. 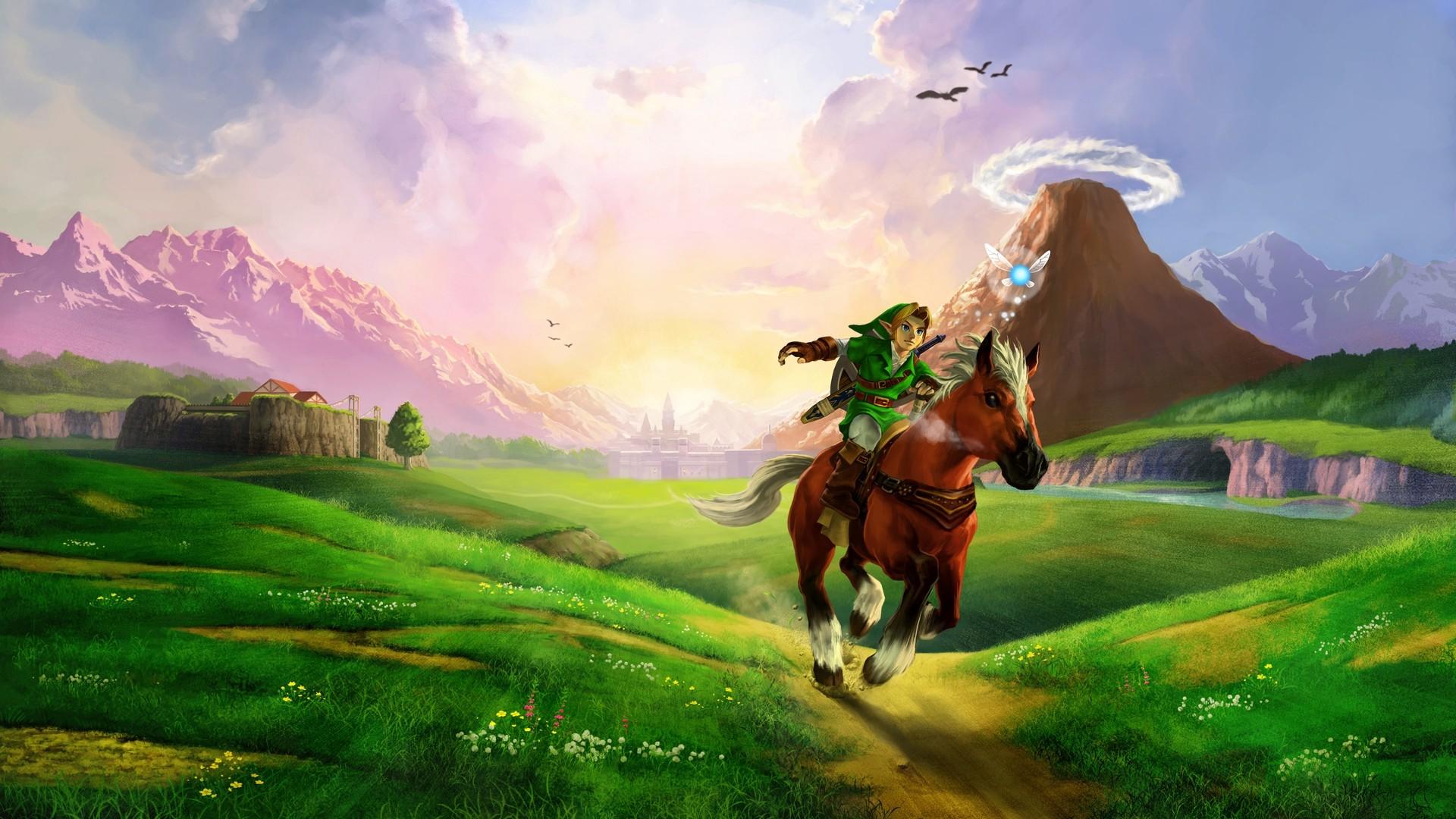 You don’t make that kind of claim without being a pretty hardcore Nintendo fan. I don’t even own an Xbox One or a PlayStation 4 yet, but I own a Wii U and a 3DS. For most games, I can play them (or something similar) on my face-melting PC. I can’t play Nintendo games, though, so I had to shell out the money for a Wii U and a 3DS to get my Nintendo fix. I did it without a second thought, too.

The problem is that people like me are clearly a dying breed. The Wii U has been a failure on every level, losing Nintendo money year after year. The 3DS has fared quite a bit better, but smartphones and tablets threaten to change that. With a little less than 60 million units sold since its introduction five years ago, the 3DS has a very slim chance of even coming close to the roughly 155 million units the original DS line sold. The main difference is that the original Nintendo DS launched nearly three years before the first iPhone did, signaling the beginning of the smartphone era. Since then, we’re seeing casual gamers – one of Nintendo’s main areas of focus – opting to do their portable gaming on their phones. 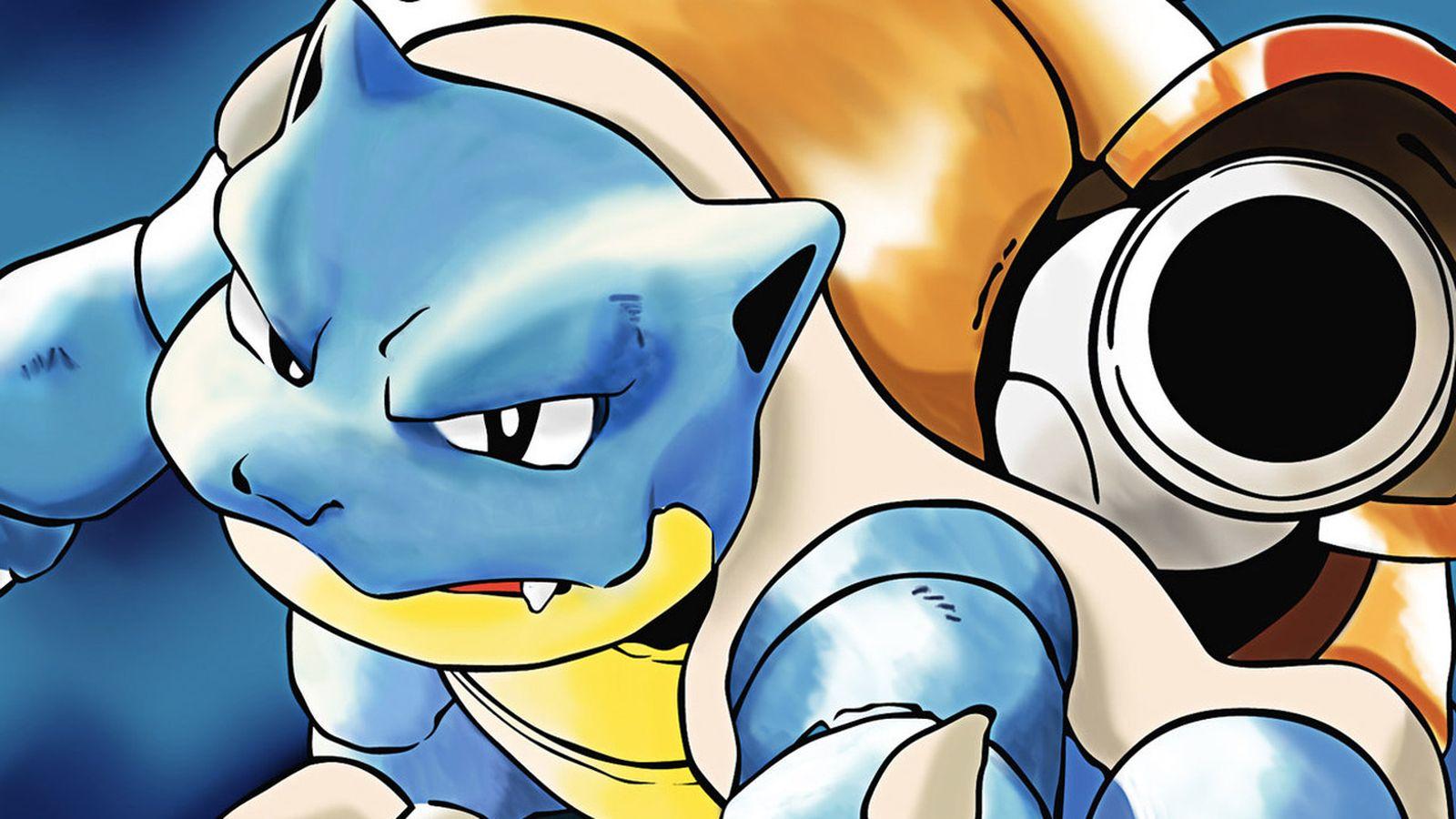 Don’t get me wrong, 60 million units moved within five years is great, but the demand for Nintendo’s latest handheld is clearly down, and Nintendo can’t simply point to sales of a handheld console if it wants to make the argument that it’s still a viable competitor in the hardware space. Let’s be honest here, too: the 3DS is basically just an improved version of the original DS, and if people were still as interested in buying a portable console, it should be flying off the shelves when you consider the success of its predecessor.

The Wii U is another thing entirely. It’s not a competitor. It’s not even a consideration for most people buying a console. It will absolutely go down as the worst-selling Nintendo console ever. That’s saying a lot when the GameCube only managed to move 22 million units. As if that weren’t enough, the Wii U has sold less than 100 million units of software. Maybe – maybe – The Legend of Zelda: Breath of the Wild will push the Wii U’s software sales over 100 million, but that’s extremely doubtful.

Why did the Wii U fail to produce? The most common argument you hear is that Nintendo failed on the marketing side of things. The Wii U failed because Nintendo’s marketing department failed. Prospective buyers didn’t realize that the Wii U was entirely separate console, instead assuming that it was the console they already had. 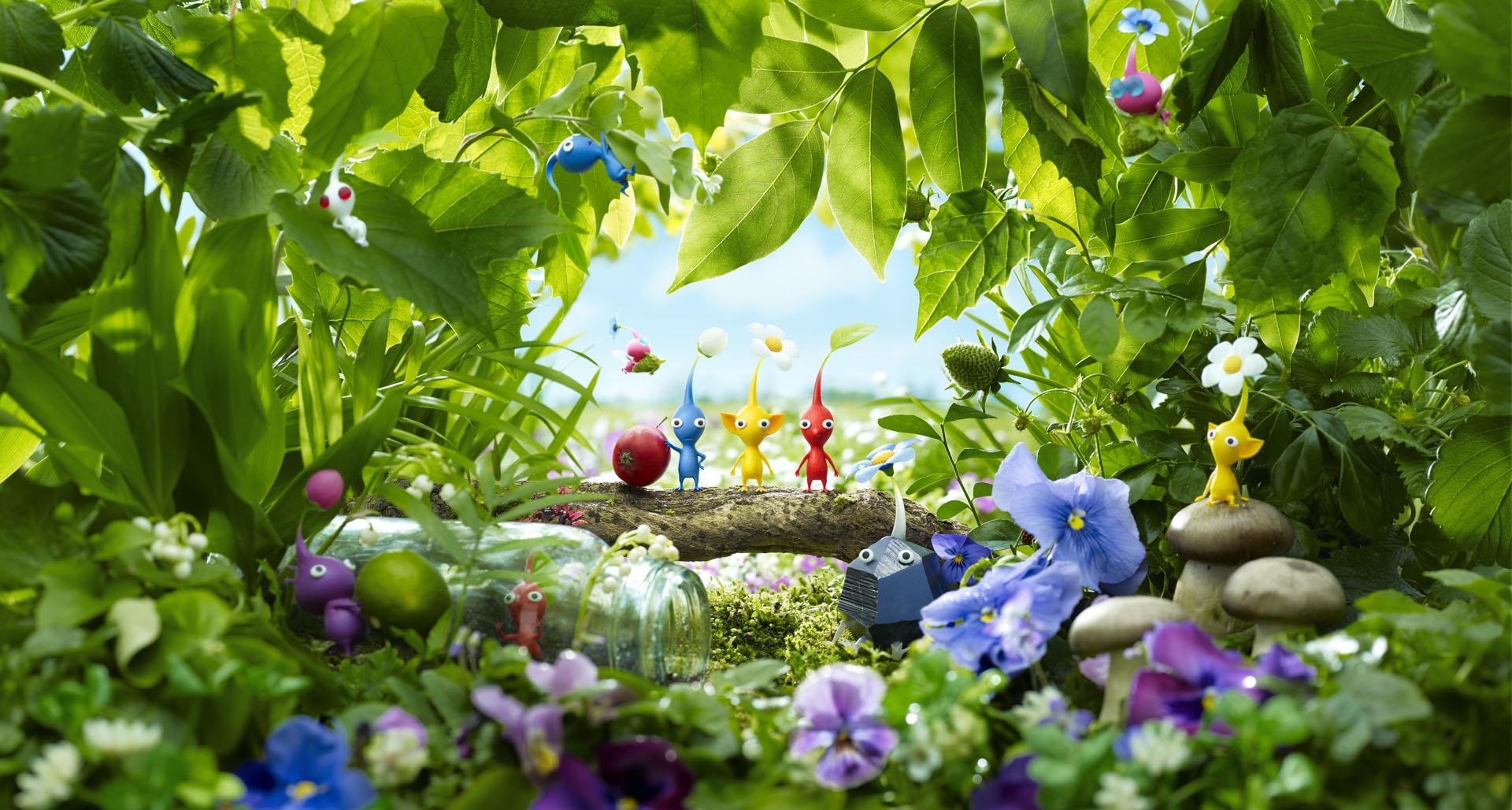 If that’s really the reason why the Wii U failed, then things don’t look good for the future, as Nintendo has made it clear that it intends to stay the course. What was its new version of the 3DS called? The 2DS. Then it launched the New 3DS. For a parent who hears from their kid that they want a 3DS for Christmas or their birthday, that’s confusing as hell. Maybe Nintendo’s naming convention is enough to rule out the 2DS, but is that parent going to have any idea which to buy when it comes to the Nintendo 3DS and the New Nintendo 3DS? Good luck with that.

Then, as if that weren’t enough, Nintendo’s latest 3DS variant is called – I kid you not – The New Galaxy Style New Nintendo 3DS XL.

Let me tell you something: when you’re hoping beyond hope that one of your favorite gaming companies can, for once, learn from its past mistakes and return to its former glory, watching Nintendo of America President Reggie Fils-Aime try to rattle off a name like that is disheartening, to say the least.

It has become increasingly clear that Nintendo’s marketing department has no idea what it’s doing, and if that’s why the Wii U failed, there’s no reason to believe the Nintendo NX will avoid a similar fate.

Even if you don’t buy that argument, I have to ask: what’s the benefit to you, as the consumer, to Nintendo locking its games away on its own hardware? I’m tempted to argue there is none, only disadvantages.

Take online play, for example – something Nintendo still struggles with here in 2016. If I want to add someone to my friends list on my 3DS, I can’t just add their Nintendo Network ID like I can a Gamertag, Steam name, or PSN name. Instead, I have to get their friend code, and in order for them to appear on my friend list, they need to add my friend code as well. They don’t see an alert from me that they can respond to, and in fact, as far as the Nintendo Network is concerned, that friend request doesn’t exist until they enter my friend code as well. This is 2016, remember, not 2003. 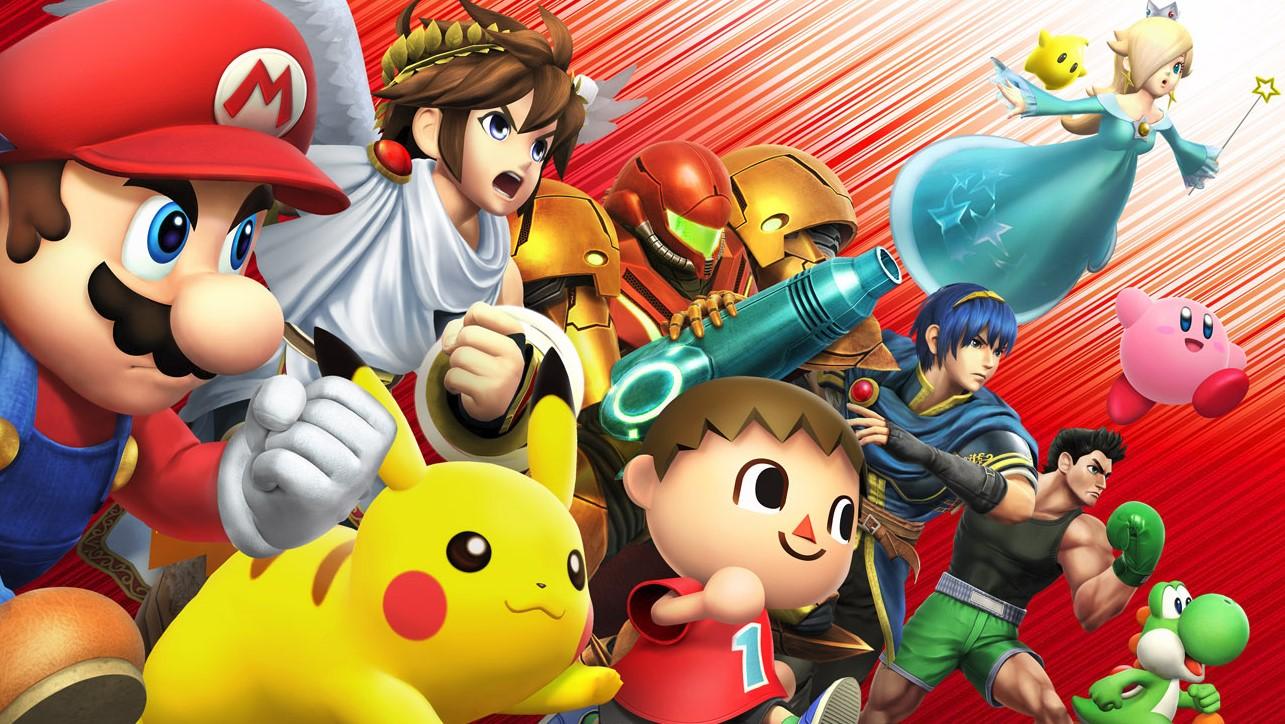 I just want to play Mario and Zelda, and instead of getting to do that with a traditional controller, I have Nintendo’s experiments standing in my way. The Legend of Zelda: Skyward Sword would have been an amazing game if I didn’t need to actually flail around with a Wii remote. Having a second-screen experience with a Wii U controller is novel at first, but annoying and frustrating once that novelty wears off. It really isn’t that big of a deal to pull up an inventory screen or map on my TV, and it certainly isn’t worth the insanely low battery life when you compare the Wii U controller to that of the Xbox One or PS4 wireless controllers.

Nintendo has been making investors uneasy with the roadblocks it faces in the hardware space. Because of low sales, my Wii U is really only good for first-party releases and a handful of third-party ones. There is no vast third-party support on the Wii U like there is on the Xbox One or PS4.

“Oh, but Nintendo has always marched to the beat of their own drummer,” some of you will say. You’ll add that Nintendo doesn’t care about the console wars and that’s what makes it unique. I know, because I’ve said all of that stuff in the past. 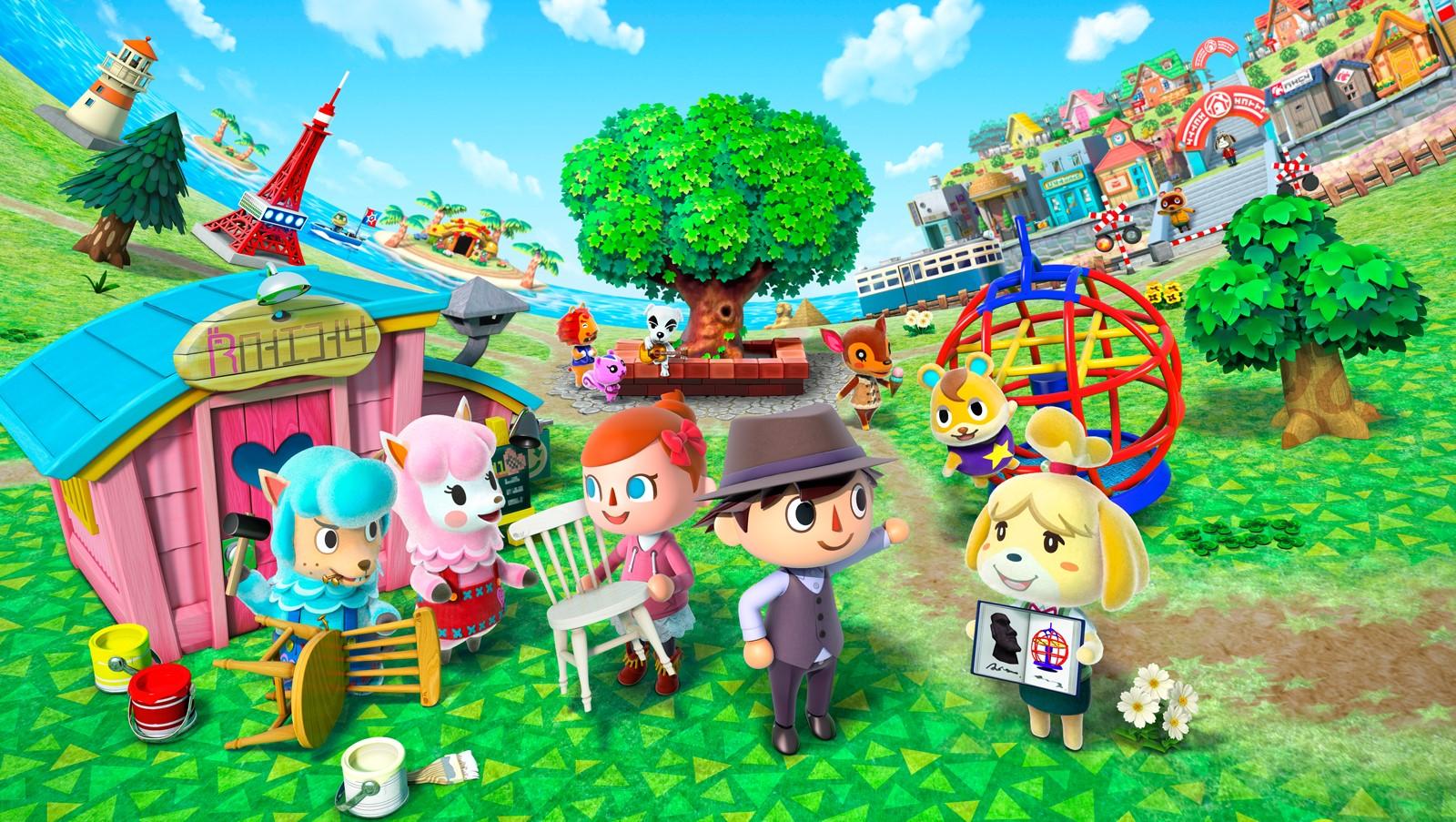 But what we have here is Nintendo essentially taking shots in the dark, either taking an interesting idea and running with it or looking at what’s hot at the moment and then developing a console around it. The original Wii is an example of the former, with its motion controls offering up a nice shake up to traditional control schemes, while the Wii U and 3DS are examples of the latter. Nintendo saw 3D TVs and movies being offered everywhere and centered the 3DS around that kind of functionality. The same goes for the Wii U: Nintendo saw the popularity of tablets and smartphones and decided to turn its latest controller into something reminiscent of those, in an effort to offer consumers something familiar.

Neither worked. Or, at least, neither one was necessary. Yet we have it anyway, and instead of Nintendo focusing on giving its consoles the best hardware it can to make it more attractive to third-parties who will be developing for similarly-powered consoles, Nintendo instead focuses on peripherals and gimmicks, gimping its hardware and making the platform unappealing to both developers and more traditional gamers. 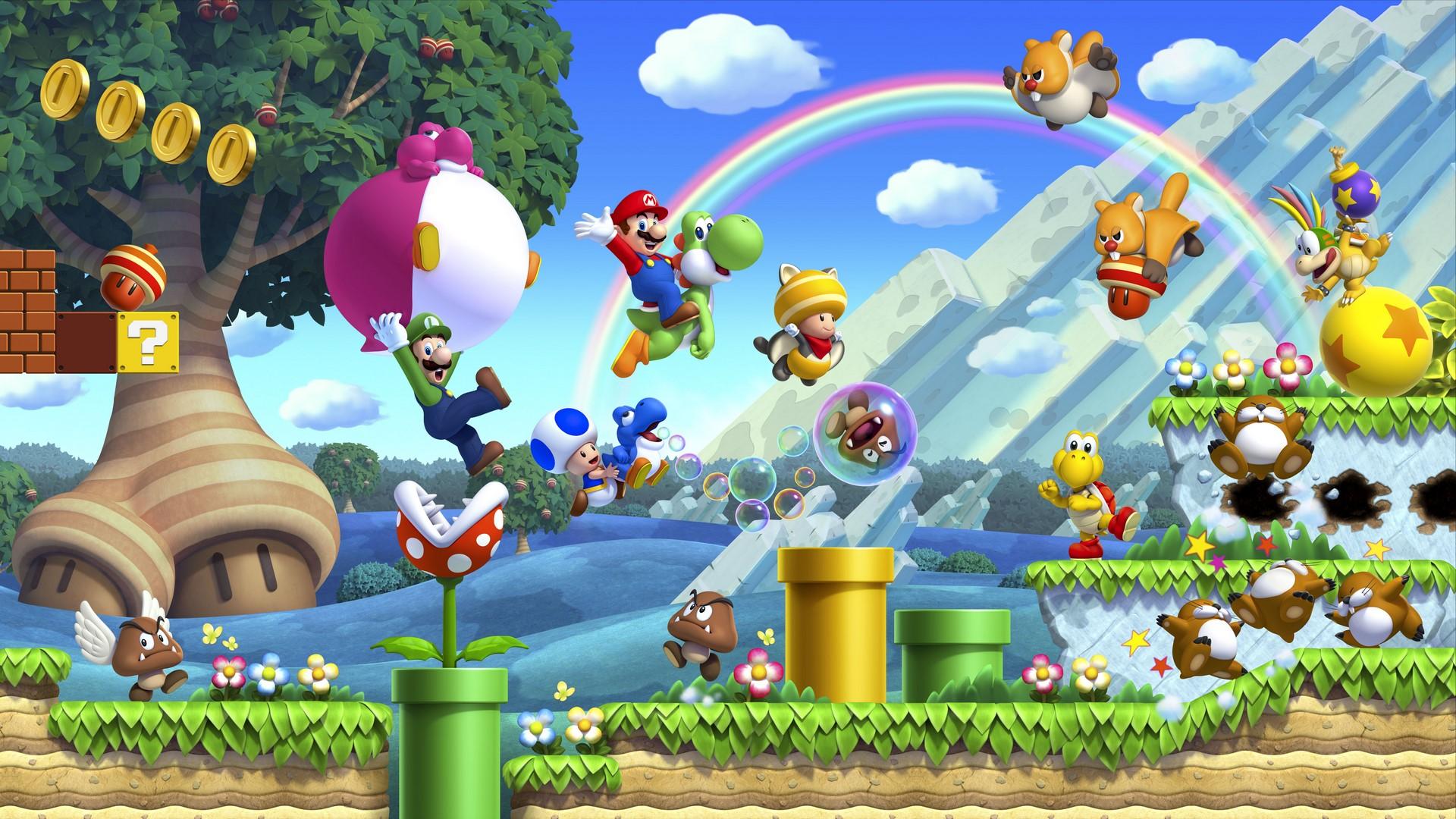 Aside from the lucky break that was the Wii and its dominance in the handheld space, Nintendo really hasn’t had a winning console since the Super Nintendo. The original PlayStation blew the Nintendo 64 out of the water and the original Xbox and PS2 both outsold the GameCube. The Wii looked like it might be signaling a return to dominance for Nintendo, but with the Wii U falling flat, it appears that success was just a flash in the pan.

It’s time for Nintendo to hang up its console duds and transition into a developer and publishing house that makes software. Putting Mario and Pokemon and Zelda on other consoles and PC would dramatically increase the company’s sales, and it would give more people the opportunity to experience these incredible for games for what they are – the best in their class, the games that all other developers look to for inspiration.

To continue creating hardware would be to ignore its greatest strength: developing top-tier software. That would be a shame, because Nintendo’s games deserve to be seen and played by the largest audience possible, and as long as they’re exclusive to the company’s lackluster hardware, that isn’t going to happen.