Is this Microsoft’s big bet on a dual-screen Surface?

Microsoft decided to spill some beans this morning, right as Apple prepares to deliver their 2019 WWDC keynote this afternoon. In a sort of behind-the-scenes peek, Microsoft presented internally a set of prototypes for their next wave of devices. It would seem that a dual-display notebook is… what’s next?

It’s almost as if Microsoft wants to ignore the youth market entirely, and skip right over to business with people who hate computers. That’s what I thought when I first laid eyes on the prototypes Microsoft showed this week. You’ll see a photo of an array of these devices photographed by the Verge below. 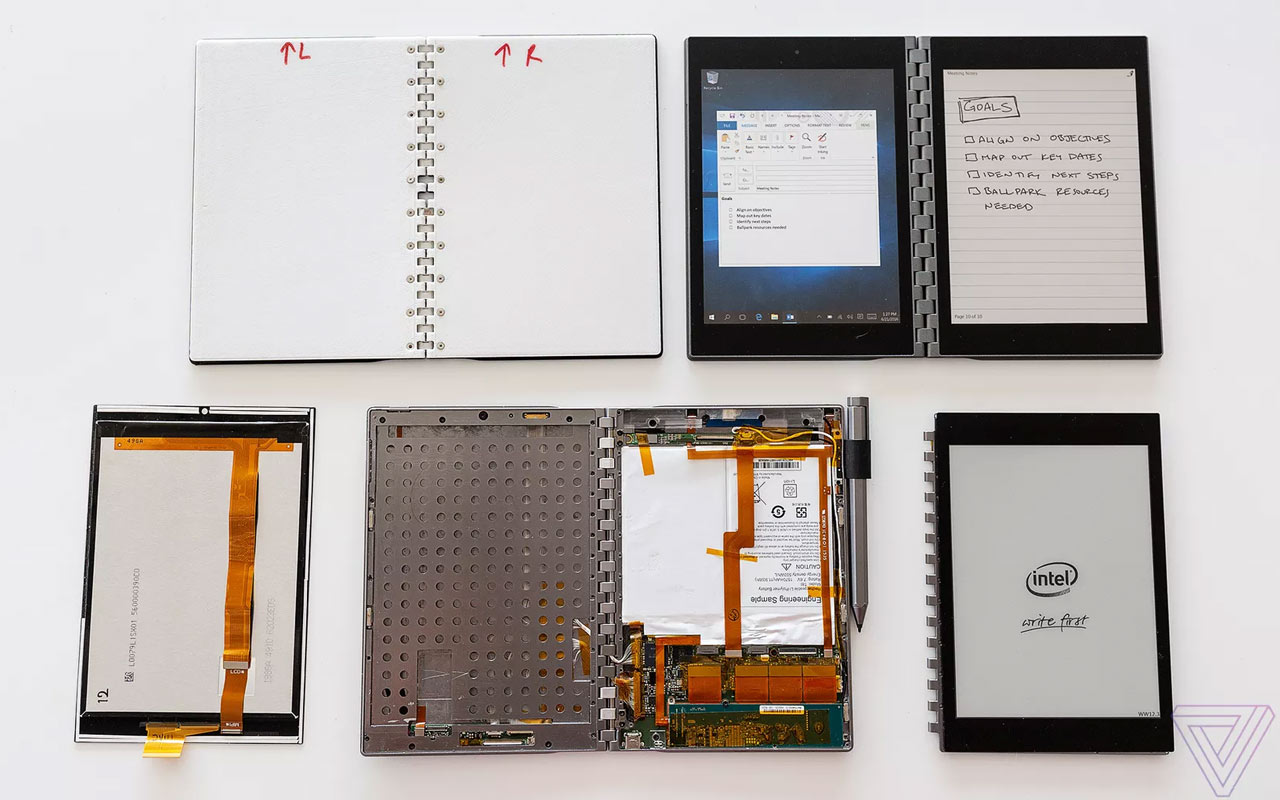 Imagine a tablet, but with a sort of Windows, but also connected to another tablet that’s also part of the first tablet. While the imagery above might not look very complete, there’s a distinct possibility Microsoft might be able to release a device very much LIKE this within the year 2019.

And what better way to usher in the future with a new operating system, a new OS, a Modern OS, than with a device that looks very much like a notebook that has two displays inside? There must be something here that’s well beyond what the company’s revealed, because this reminds me of the sorts of Android tablets we were seeing at conventions like Mobile World Congress back in 2012.

According to rumors back in March, this device has been in the works for quite a while. And it’s running what Microsoft calls Windows Lite (internal code-name, hopefully), and it may involve 3rd-party manufacturers right out the gate.

This device is codenamed Centaurus – perhaps you’ve heard the codename before. It’s be the sort of device we’ll see coming from Microsoft en masse in 2020 – and something that’s apparently taken over any other next-gen device efforts from Microsoft that we’ve heard of in the past.

Take Andromeda for example. That foldable device and/or smartphone that’d run Windows software and Android apps hasn’t gained steam in recent months. It’s time to move on, it would appear.

Instead, imagine Microsoft never axed Pioneer Studios. Maybe they decided that, instead of Windows 8, they’d go ahead and roll with a dual-screened notebook that’d be comfortable for traditional paper notepad people – but would function on a much higher level.

Maybe it’ll be magical. Maybe it’ll change the way we use Windows, or PCs, or computers of all sorts. Or maybe Toshiba already made this device all the way back in the year 2010. It was called Libretto W100, and it was a monster.