Is Boba Fett in Star Wars The Force Awakens? [UPDATE 2]

One of MANY Easter Eggs found in the new Star Wars The Force Awakens trailer released this week was a pair of banners bearing familiar imagery. One banner features the “Boba Fett Symbol” as some like to call it, another bears the “Boba Fett Wheat”. These banners appear above the heads of Finn, Rey, BB-8, and Han Solo as they enter what we can only assume is the headquarters of some nefarious criminal organization. We might have already seen this organization’s insides, too.

Below you’ll see the tiniest of clips. Pay close attention to the top center of this clip to see the banners we’re speaking about. The vast number of banners here could mean several things – one of which is that they represent heroes lost – or villains lost, but we’re entering an era in Star Wars in which we don’t just see things in black and white. Heroes can become villains, and Stormtroopers can become rebels.

The idea that these banners represent Boba Fett specifically is absolutely within the realm of possibility. While we suspected first that they could represent the Mandalorian culture more broadly, as outlined on StarWars.com, we were corrected last night by none other than the Boba Fett fan club itself!

While the possibility still remains that the symbols were placed here as an Easter Egg for people looking for references back to the past, we’re banking on it being a suggestion that Boba Fett is still alive. He survived the Sarlacc, after all. Did you know? Blasted his way out once Jabba’s Sail Barge was destroyed. He’s out there!

UPDATE 2: a newer trailer includes a bit more of this banner scene – up higher, with a better view of the banners we want to see! 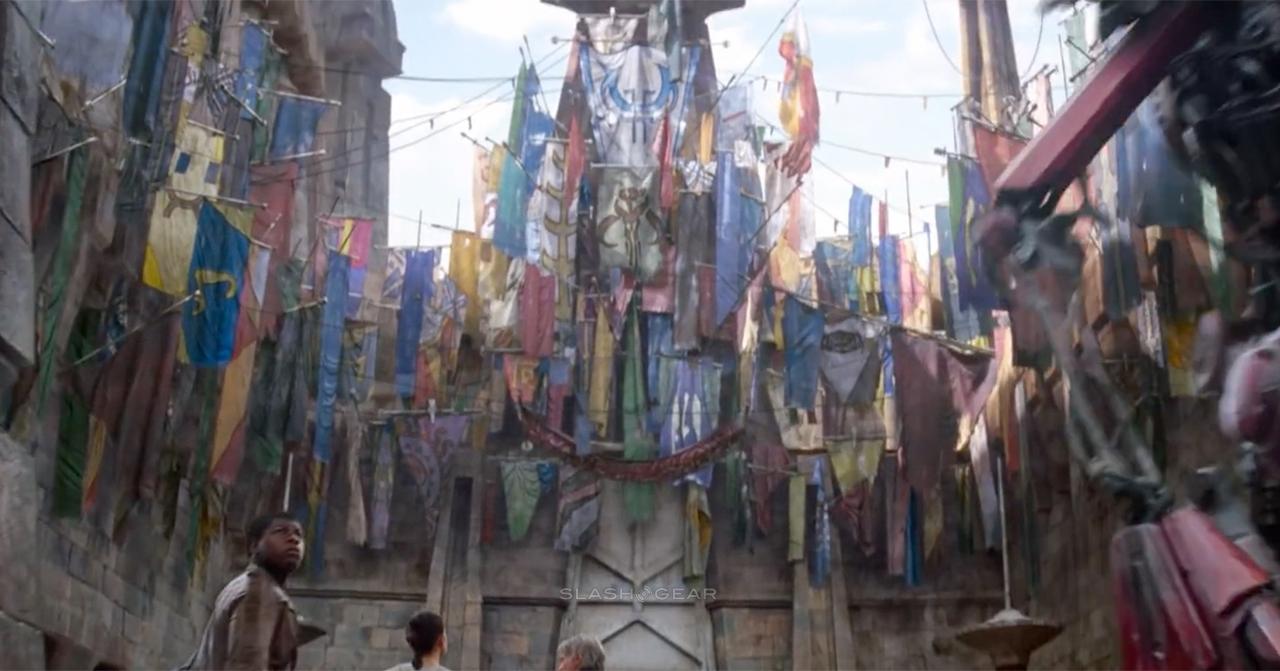 Above you’ll see that newest view – look how clear!

On the left you’ll find a banner with a wheat symbol on it.

The Mandalorian word “vhett” means farmer. The name Fett sounds an awful lot like “vhett”, so we wouldn’t be out of line suspecting that his name (and the name of his father, Jango Fett,) was created something like a name like our names here on Earth are – Axelson means son of Axel, the last name Smith comes from our ancestors who had that occupation (as a smith, with name Smid or Schmied). 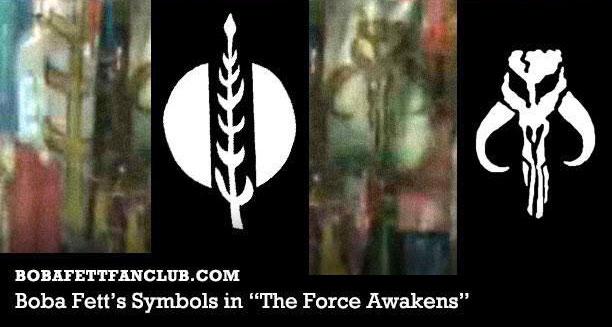 ABOVE: from Boba Fett Fan Club 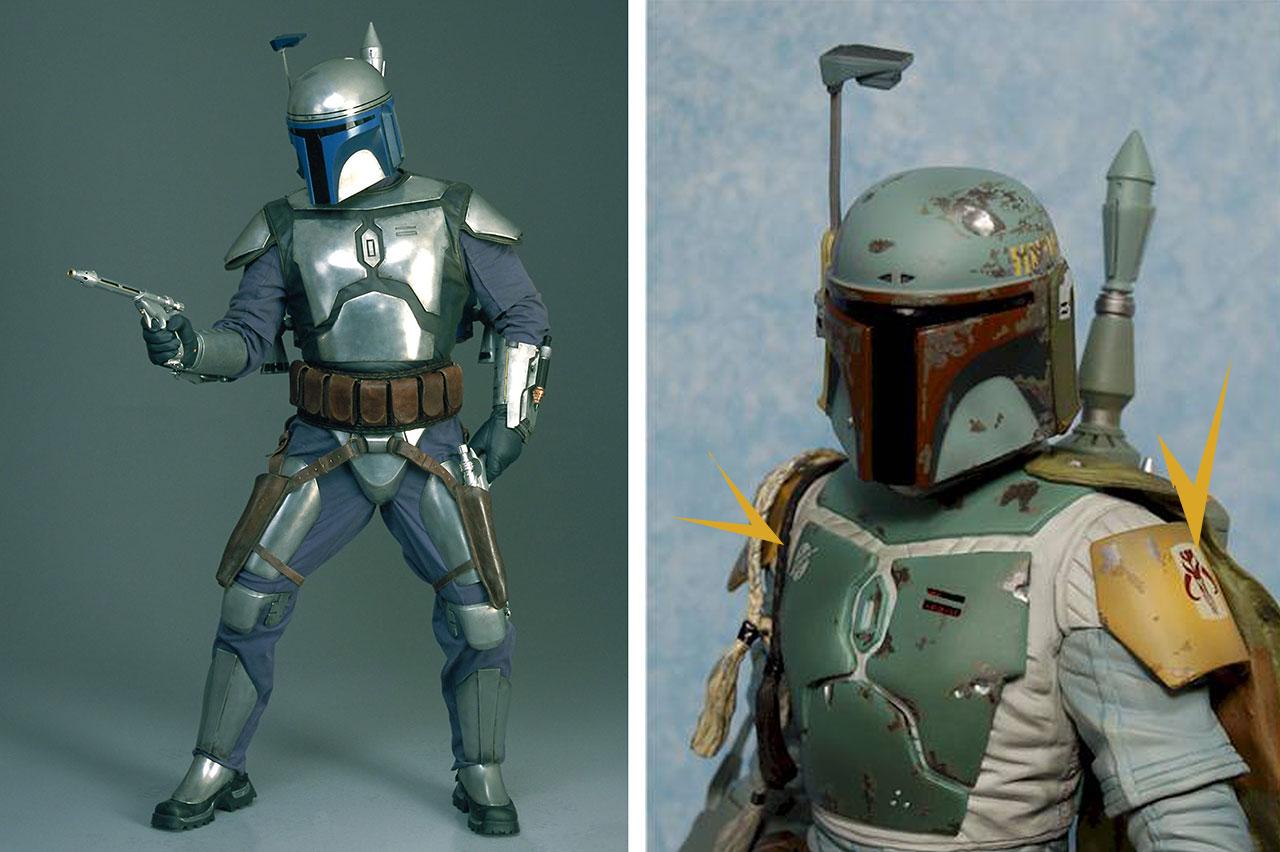 Jango Fett, in case you were wondering, wore no distinctive iconography. He was a little less concerned with people knowing which crew he was a part of.

Above you’ll see an image shot for Vanity Fair showing the gangster crew we’re going to see in The Force Awakens. This is likely where our heroes are headed in the newest trailer, as well. If Boba Fett is here, he’s certainly disguised himself well.

UPDATE: Due to the undeniably awesome efforts of user Calithlin from TheCantina.com, we can see nearly ALL of the flags identified. Most of these flags represent flags we’ve seen in the past – most of them podracer identification symbols.

As such, we’re now more inclined to believe that these are more likely Easter Eggs for the viewer to wonder about, not necessarily suggestions that their previous owners are inside this building. This especially since one of the flags belongs to Anakin Skywalker. Unless you think Anakin was just flying under Watto’s flag in The Phantom Menace, which would make sense since he was still his slave at the time!