At first, Han shot first. The film originally called “Star Wars” then “Star Wars: A New Hope” showed the character Han Solo shooting an alien by the name of Greedo in the chest, effectively ending his life in a Cantina in Mos Eisley on the planet Tatooine. But that’s not what the writer and director of the film wanted. On January 31st, 2007, the first of three Star Wars films was released to theaters. In it, George Lucas had modified his original release. He made Greedo shoot first. Today we find out: why did he do it?

According to a Washington Post profile of the man himself, George Lucas makes clear his intentions. First, to clean the films up – this most recent profile suggests Lucas is a “passionate defender of an artist’s right to go back and tweak his work.”

Of course this is entirely true. Some suggest that George Lucas’ speech at the Berne Convention many moons ago say that Lucas was against altering works of art. In fact, his entire speech led to the following point: “Who better, than the person whose hard labor and unique talent created the art, to determine what is an appropriate alteration.”

You can see George Lucas’ entire speech in the text “The Berne Convention : hearings before the Subcommittee … 4.J 89/2:S.hrg.100-801. United States.” thanks to the digital archive at the HathiTrust.

NOW, on to the matter at hand: Han Solo.

“Han Solo was going to marry Leia, and you look back and say, ‘Should he be a cold-blooded killer?'”, said Lucas in his interview with the Washington Post. 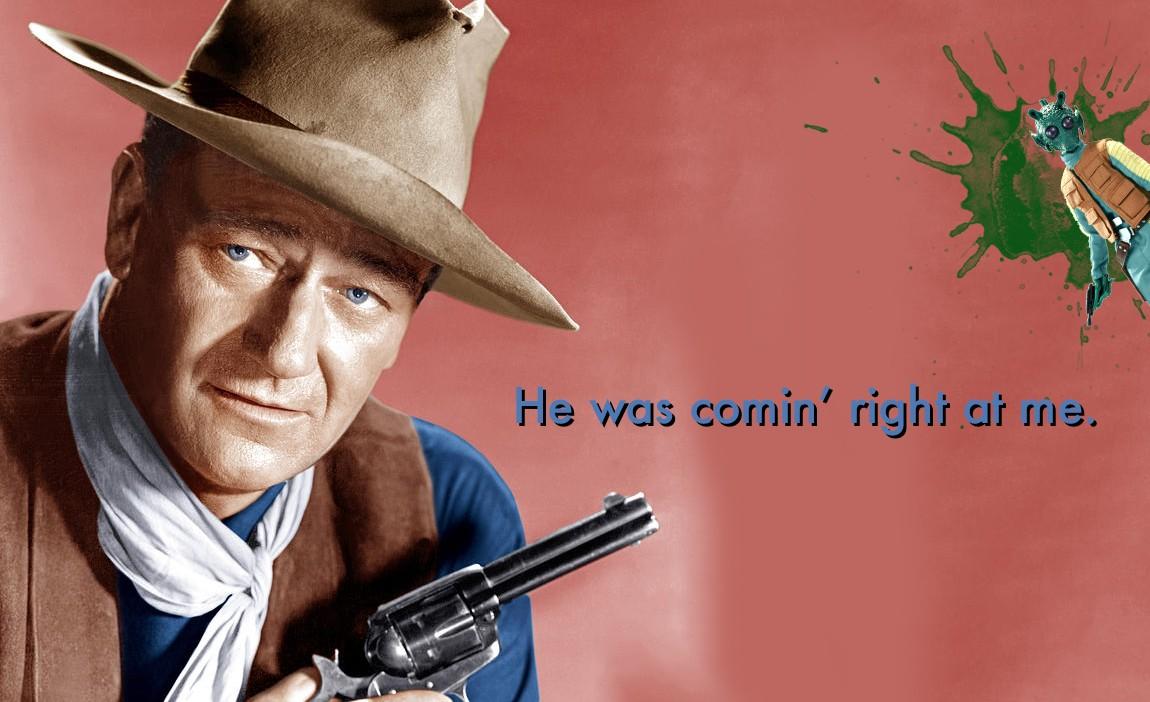 “Because I was thinking mythologically,” continued Lucas, “should he be a cowboy, should he be John Wayne? And I said, ‘Yeah, he should be John Wayne.’ And when you’re John Wayne, you don’t shoot people [first] — you let them have the first shot.”

“It’s a mythological reality that we hope our society pays attention to.”

That sound alright to you? George Lucas also changed his mind about the name of the film Return of the Jedi, originally using the word “Revenge” – though you already know that. Once you’ve got a mythology so strong that the entire world has a stake in it, you need to make the tough decisions.

And that’s why George Lucas doesn’t use the internet. It’d just be bad news.