iriver’s Cover Story (aka the iriver Story Touch Edition) has a tough slog ahead of it.  On the plus side there’s the resistive touchscreen over the 6-inch E Ink display, all in a relatively compact body that our hands-on at IFA 2010 found to be pleasantly thin and light; on the downside, it’s set to cost more than €200 ($258) when it arrives in Europe and Asia, a fair chunk more than a Kindle yet lacking either 3G or WiFi connectivity.

What you do get is a note-taking app that works with the thin pull-out stylus in the top right hand side, a straightforward four-way navigation control (suited to left- or right-handed users, since the Cover Story has an accelerometer for page rotation) and a fast enough processor to make sure the only lag involved is the e-ink’s inherent pauses.  There’s the usual, slightly cutesy UI too, with the added bonus of some swipes and taps thanks to the touchscreen.

iriver does have a WiFi model coming, which will apparently get basic browsing functionality (though probably not the same sort of Webkit browser as the third-gen Kindle totes) though there’s no mention of pricing for that.  It seems they’re looking more at Sony as their rivals: the 6-inch Cover Story lines up against the similarly wireless-free PRS-650, which is €229.  It’s nice enough, but unlikely to lure Amazon users away from the more well-rounded Kindle. 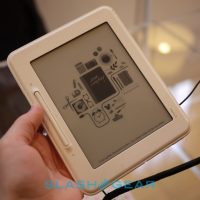 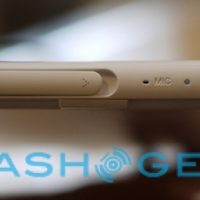 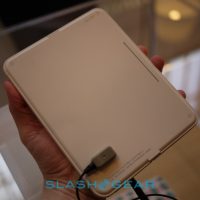 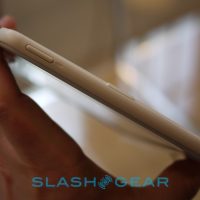 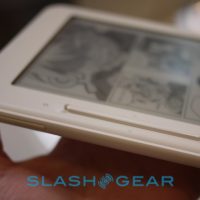 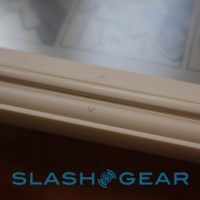 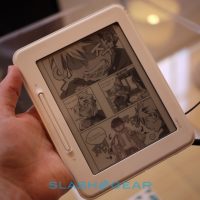 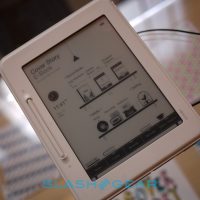 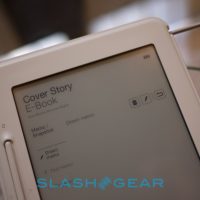 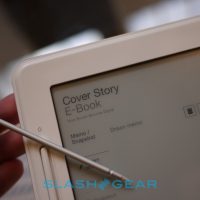 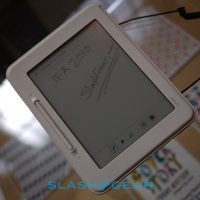