It would appear that a reboot of each of the iPod devices graced with color have been given a shade change this week thanks to the iPhone 5s. The iPod touch, iPod nano, and iPod shuffle have been given “Space Gray” to match the iPhone 5s’ newest tone. This suggests that while past years have seen a music-centric event reboot the likes of the iPod touch and/or the iPod nano or shuffle, we may see just the iPad and iPad mini given a new generation of hardware.

What is expected at the next Apple event – likely popping up in less than a month from now, judging solely on precedent – is a 5th generation iPad and a 2nd generation iPad mini. The iPad has been seen several times now with a new body that closely resembles that of the iPad mini, pulling in the bezel on the left and right of the display and thinning the whole machine out as it does so. This tablet will be a much more rounded-edges sort of affair.

The iPod touch is now being marketed in a manner rather similar to that of the iPhone 5c, as well. You’ll find that the collection of devices sit splayed out with a rainbow of color apparent, while the iPhone 5c pops up with color as its center focus. The iPod shuffle and iPod nano continue to offer Green and Purple in addition to the now-standard set of colors for Apple mobile devices in this category: Blue, Yellow, Pink, Silver, (PRODUCT) Red, and Space Gray. 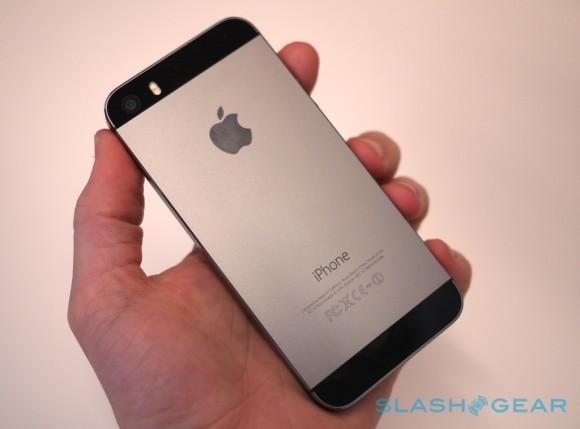 It should also be made clear that this addition of Space Gray to the lineup of these three devices does not have any affect on their specifications as such – it’s the same device with a color change. You can also mark this as the end-of-days for black, it would seem, as only the iPhone 4S still carries the torch. The iPod classic also has a tone that appears to be a bit darker than Space Gray, but that’s your problem to solve if you need to hold more than one iPod at a time.

Have a peek at the timeline below to see additional details on what the iPhone 5s is bringing to the world outside of this Space Gray splash. And stick around – chances are we’ll be back in Cupertino before you know it!