iPhone X’s creepiest features are its most compelling

I don’t think I’ve ever been in the midst of a conversation and thought “what this discussion needs is my opinion stated by a perfectly-animated poop emoji,” though I concede I’m a sample of one. There’s also been doubt among some I’ve spoken to post-Apple iPhone X event that you couldn’t do Animojis with a regular front-facing camera and facial tracking. After all, Snapchat has cemented its relevance, in part, by doing just that across pretty much any smartphone.

While that’s certainly true, I do see Animojis as the tip of a (creepy) iceberg. A gateway drug to face tracking, as it were, and the capabilities of the TrueDepth Camera. As is so often the case with something of this nature, it’s one of those “you need to see it in real life to get it” things. 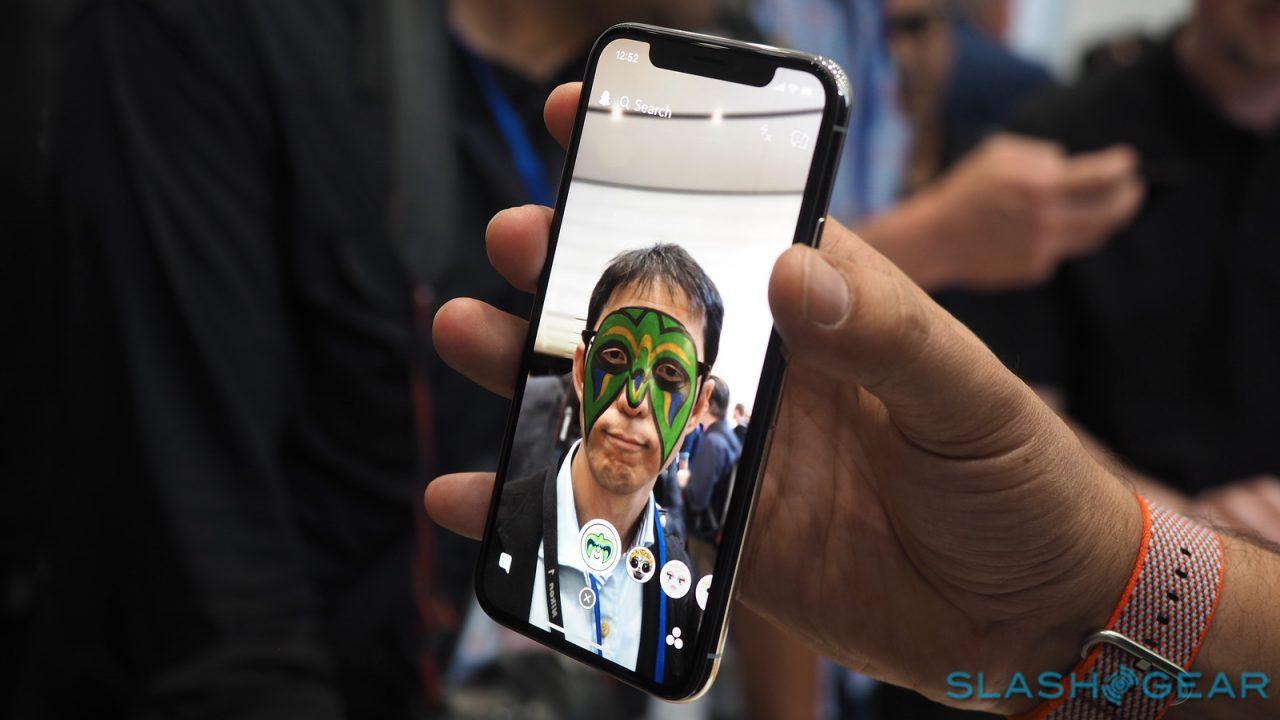 Apple’s Snapchat filter demo on the iPhone X is the perfect example. Existing Snapchat filters can be great, but they also often show a tendency to drifting, losing the right position on your face, or generally lagging your movements. You never lose the sense that they’re just glyphs animating around where the app thinks your face is at any one time.

In the demo Snapchat made for the iPhone X, though, it’s like you’ve actually gone to a county fair and been face-painted. The superhero mask sticks to you as tenaciously as an

The Animojis may be relatively simplistic in their appearance, in comparison, but again there’s an extra level of glee involved when you actually try them. Sure, the heads turn as you move your own head, and the mouth animates, but it’s when you raise your eyebrows and see the alien’s scalp ripple, or frown and have the cat frown too, that you see just how closely each is sticking to your own expressions.

It paves the way for high expectations, too. As I watched one guy unselfconsciously grimace, grin, and glare at the pig replicating his movements, he seemed legitimately disappointed that, on sticking out his tongue, the animal didn’t do the same. Right now, Apple says more than 50 muscle movements are being tracked. 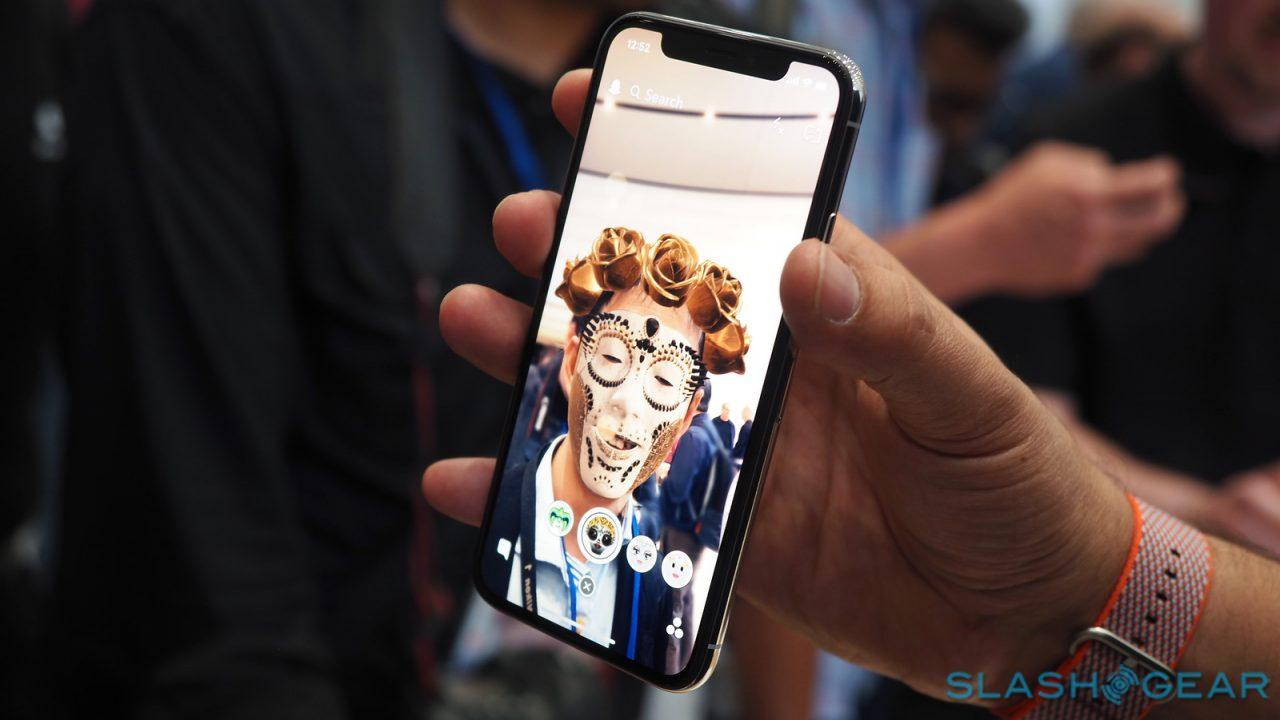 It’s relatively easy to dismiss what the iPhone X is doing with facial tracking as a gimmick right now. Animojis aren’t going to be to everyone’s taste, and not everybody has a Snapchat account. That leaves Face ID, which already has its own skeptics and critics (though since the Touch ID sensor is gone altogether, it’s that or a PIN, frankly).

Looking ahead, though, the potential for glances at your smartphone being not just a sign that you’re still attentive, as we’ve seen Samsung do in the past, but a legitimate interaction method in its own right has huge scope. In one of the more brief feature highlights I was shown on the iPhone X, a beta version of 1Password used Face ID to add a swiftly-navigated extra security step to checking credentials to a secured account. No pause to punch in a PIN or respond to a request to press your finger against the home button. Just the iPhone X discreetly making sure you are you, while you go about your business.

Similarly, you can have your lock screen notifications automatically stay hidden until you glance at the display. Sure, you can do the same only with Touch ID now, but again it’s about skipping an extra interaction step. You’re already looking at your phone, so why not make that the authenticator.

That’s just a small handful of apps with early access to the TrueDepth Camera. When developers at large get to play with it, we’re going to see a flourishing of ideas, much in the way ARKit has gained traction in such a short period of time in augmented reality. 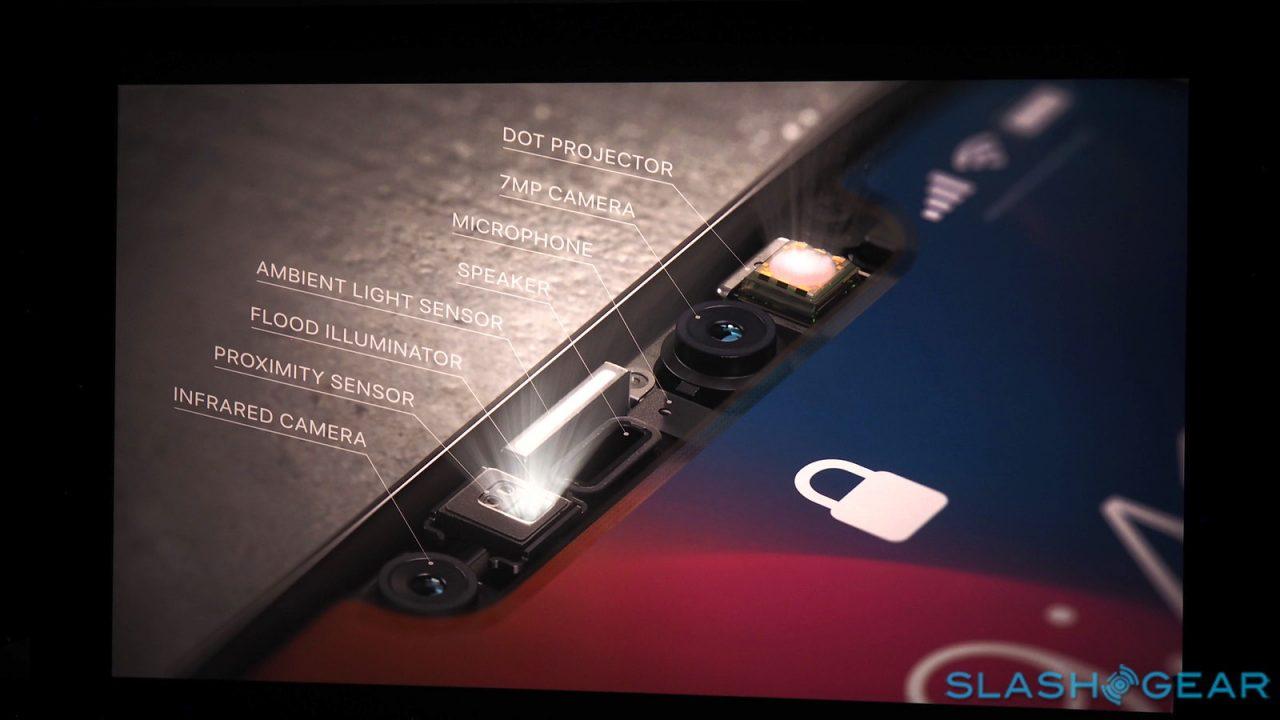 Interfaces that react not only to where you tap and scroll, but where you look. Accessibility features that can smartly magnify and do text-to-speech based on where in the UI you’re paying attention to. AR apps and games that, rather than filling the entire display with adornments of extra information, only grant a digital data halo to where you’re specifically looking.

In the end, I still think Animojis are a little creepy. I’m not sure I’ll be clucking like a chicken and sending that as an animation to anyone anytime soon. Yet as an indicator of the strength and potential of the TrueDepth Camera once developers get to grips with it, I suspect it’ll end up being seen as one of the most significant things Apple announced this week.