In Apple’s Q3 2018 earnings report, the company revealed that unit sales of both the iPad and the iPhone were almost identical to last year at this time. Sequentially, iPhone sales revenue and unit sales took a real dip – which is pretty standard for this time of year. Let’s compare this quarter’s hardware sales data to last year’s at this time and see what we make of it. 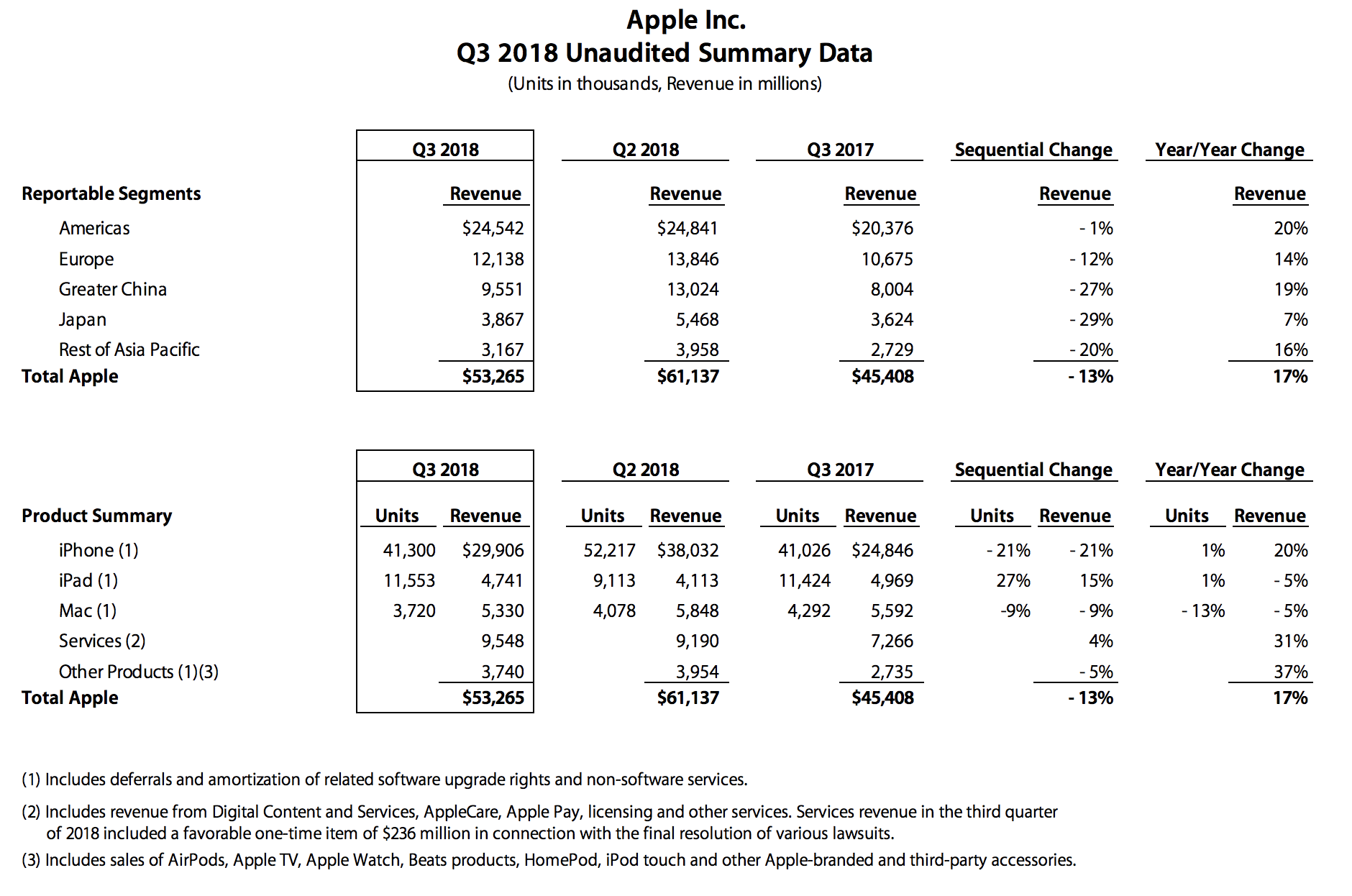 Also on Q3 2017, Apple saw unit sales of the iPad go up 28% and revenue go up 28% sequentially (compared to Q2 of the same year). In 2018, Q3 iPad unit sales compared sequentially went up 27% while revenue went up 15%. In this case we can see that unit sales are almost identical, which means whatever Apple’s doing to transition between Q2 and Q3 probably stayed largely the same.

At the same time, it may just have been that people’ve begun buying cheaper iPads in general, as revenue didn’t go up quite as heartily these 2018 quarters as they did in 2017. Maybe the iPad Pro craze is over? That’d be so very sad, so very sad indeed.