Oh it’s definitely on! Then again, there was very little doubt that the “mid generation” iPhone 6s would be arriving soon. Unless you give credence to some “news” of potential delays thanks to Force Touch supply shortage. Well, based on these leaked photos, the schedule is right on track, with the production of the front glass panels of Apple’s upcoming smartphone in full swing, ready to stop by production lines to be assembled into the masterpieces we all know. Sadly, aside from that, the photos yield little else.

Nowhereelse’s sources are unable to confirm two expected features of the iPhone 6s. There is no indication of whether Apple has finally switched to sapphire glass, which is highly unlikely, or if the smartphone will indeed flaunt Apple’s first large screen implementation of its Force Touch tech, which is more likely. 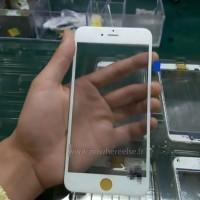 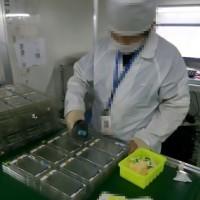 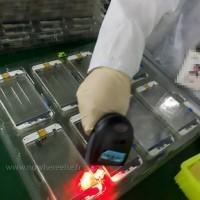 The lack of detailed information is compounded by the fact that, visually speaking, there is nothing to differentiate the iPhone 6s from the iPhone 6. They’re both of the same 4.7-inch size. Not pictured here is the iPhone 6s Plus, but we believe that the situation is similar. There is also little significant change inside the smartphone other than a few minor tweaks that will hopefully result in better battery life. This only reinforces the belief, or the hope, that Force Touch will be the differentiating factor.

As always, all eyes will be on Apple this September where it is expected to unveil the iPhone 6s and iPhone 6s Plus. It seems that its rivals have practically ceded that month to Cupertino, clearing out previous regular schedules to avoid getting buried by Apple news.