You wait an age for one next-gen iPhone leak, and along come three. Hot on the heels of what looked to be the Apple A5 chipset for the new iPhone in the wild come two further images seemingly confirming our suggestion that the images showed the guts of the iPhone 4S. MacPost dug up a shot of the handset, in white, powered on and showing the “iTunes activation” screen.

Meanwhile, a second image emerged from Pandaxtech, in higher resolution and showing a clearer view of the chipset itself. The processor is believed to be the same as inside the iPad 2, a dual-core chip running at 1GHz, but the ‘board is a different shape to that of the Apple tablet. In addition, the microSIM reader – using an AT&T SIM, suggesting these are US test units – is mounted just below the A5 in these leaked images, a different place to its location in the iPad 2. 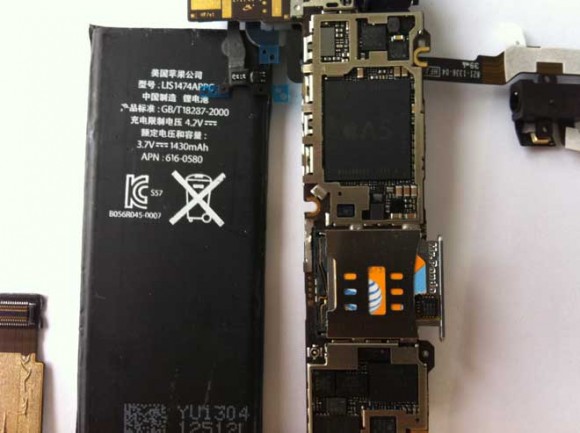 Exactly what these devices are remains unclear. One rumor suggests Apple is preparing two new smartphones for imminent release, the iPhone 5 with significantly upgraded specifications including a larger screen and thinner, broader chassis, and the iPhone 4S targeting prepay and low-end postpay markets with a broadly identical design to the existing iPhone 4.

However, earlier this year Apple was tipped to be seeding development devices to its game developers, said to be modified iPhone 4 handsets but using the A5 chipset and with a tweaked version of the iOS 4.x software. That would certainly fit in with the top image (considering the next-gen iPhone will launch with iOS 5) and could well mean that what we’re seeing here is neither iPhone 4S nor iPhone 5 but some sort of jury-rigged test mule so that coders could get to grips with the dual-core phone design. That, of course, assumes that the pictures are even authentic; we may not know until Apple makes its new iPhones official, something expected to take place within the next few weeks.