When it comes to the next iPhone, whatever that may be at the time, it’s generally just news tips that we get, whispers and the occasional blurting out of details by those who are trusted to keep them. In this case, details come in the form of, well, a case. A couple of cases, actually, one of them from Speck, the other from OtterBox. Both of these cases have arrived in stores and/or people’s deviously swiping hands today, both of them appearing very much to be THIS CLOSE to being ready for release.

What you’re going to see in the Speck case is a black and red-rimmed rounded-edged case with one gigantic hole on the back. This is, of course, where the camera will be peeking out, but those of you that’ve seen Speck cases in the past know that no such hugeness in the whole was there before. This appears to be the single difference in this device, the rest of the shaping being basically identical to the original iPhone 4 case offered by Speck in the past. 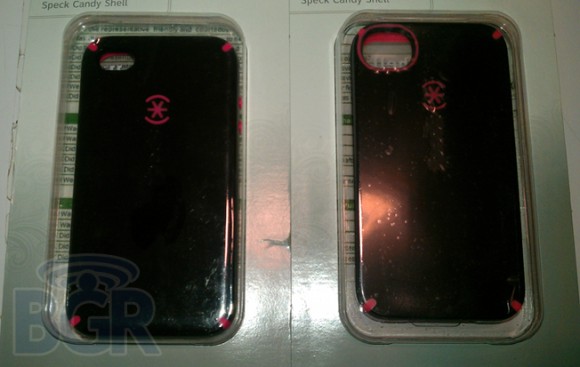 The second case is one that comes from Otter and literally says iPhone 4S on it What we can see from this case (just the box, but with a picture of the case on the back) is that this device will be, again, very similar to what we’ve seen in the past save for the new volume buttons PLUS a new location for the volume buttons – on the right side. Looks nice, yes? 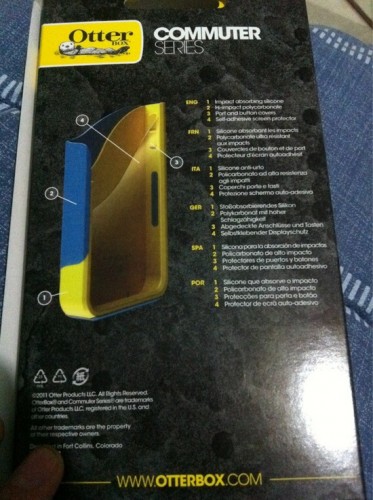 You can check out the rest of our awesome iPhone 5 and iPhone 4S information including verified info, leaks, rumors, and everything you could possibly want for these future phones: iPhone 5 details roundup [mid-September 2011, pre-release], Apple Fall 2011, Best Case Scenario, and Apple Fall 2011 Worst Case Scenario (for Apple’s Competitors).