A set of rendered images appeared this week of a so-called iPhone 14, with the suggestion that they were sourced the same way as a number of highly accurate leaks in the past. Images show the iPhone 14 Pro with industrial design features that remind one of the iPhone 4, including a flat front and back, flat sides, and circular volume buttons. This new device is expected (in this set of images) to include a switch, at least three cameras on its back, and a punch-hole front-facing display panel.

The iPhone 14 Pro appeared in the images and video released this week by Renders by Ian and Jon Prosser for FPT. This new device is expected to be released in approximately one year from now. We’re just about a week away from the next Apple Event – that’ll take place on September 14, 2021 – but there we’re expecting the iPhone 13. The iPhone 13 family hasn’t even been formally revealed by Apple at an Apple event yet, and the iPhone 14 Pro is claimed as leak-ready – imagine!

SEE TOO: iPhone 14 AND 15 leaks hint at huge camera and display upheaval

The device in the leak appears with a back-facing set of three camera lenses, the potential for a ToF (Time of Flight) or LiDAR system for 3D scanning and augmented reality purposes. The back facing camera array also has an additional sensor OR mic hole, and a large LED flash.

The iPhone 14 Pro leak this week shows this camera array flat against the back of the smartphone. This would be the first time a hero device from Apple would have such a flat array of cameras for quite a few years. The iPhone in this set of renders appears as if it’d be nearly as flat on the back as it is on the front. 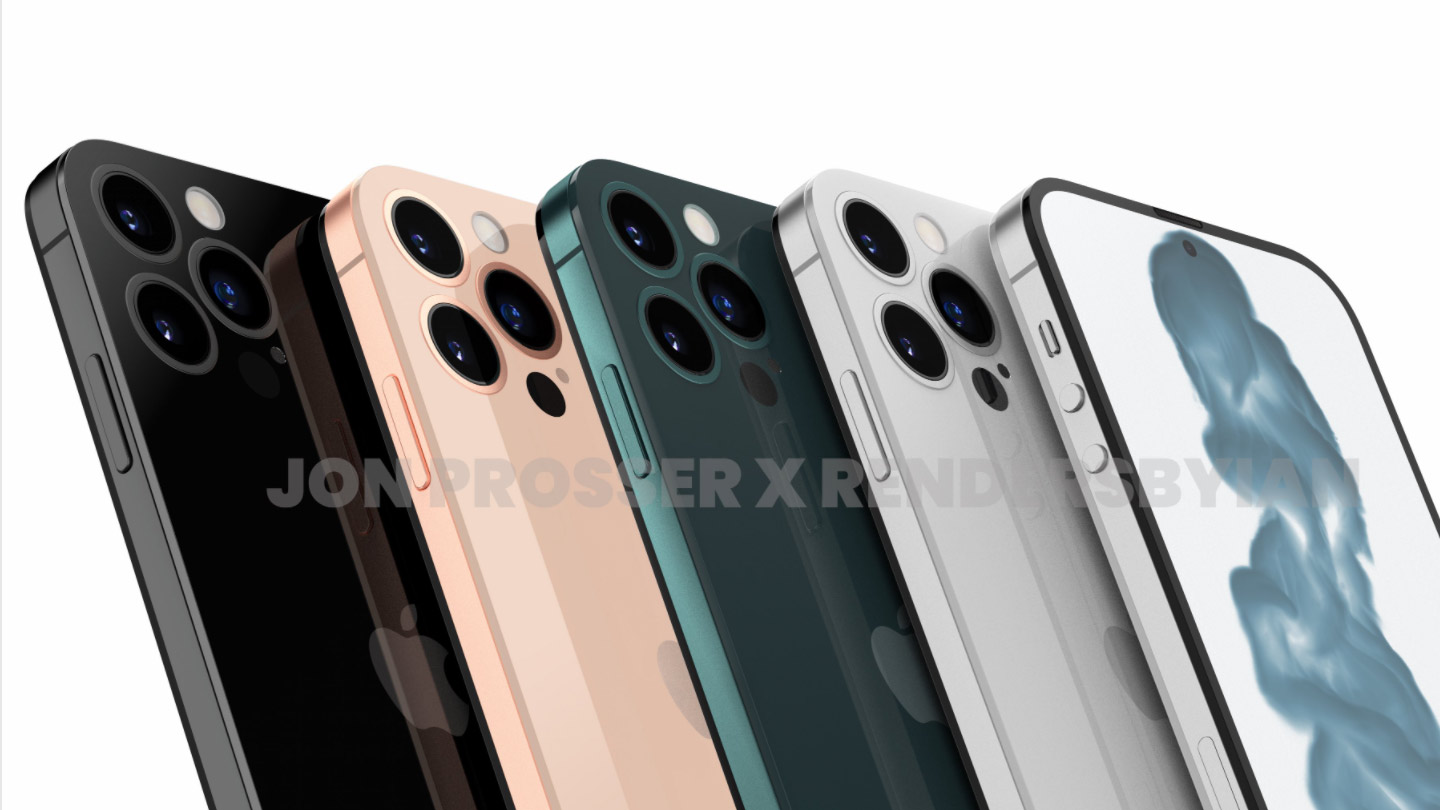 The front would also bring a first to the iPhone lineup with a punch-hole front-facing camera. This would be strange, considering the notch full of sensors that generally appear on most iPhone devices. Either Apple has plans in place to put said sensors below the display, or to remove said sensors altogether. OR they’ll all fit in that extremely tiny bezel around the edges.

This new iPhone 14 leak suggests there’ll be a SIM card tray on the left side and a Lightning OR USB-C port at the bottom. The phone will also have bottom-firing speakers, much like most iPhone devices released over the past decade.

We’re still expecting a slightly less surprise-filled smartphone set to appear in the September 14, 2021 event held by Apple. It’ll be there that we’ll likely see the iPhone 13, iPhone 13 mini, iPhone 13 Pro, and iPhone 13 Pro Max. The notch will still almost certainly be in place, and the most welcome change won’t be a change at all.