The new iPad Pro 12.9-inch reviews are out, and the 2021 tablet is unsurprisingly wowing with its punch of Apple Silicon performance, while also drawing a little criticism too. As ever with Apple’s tablets, the self-stated goal is to replace laptops altogether, but there’s a familiar hurdle that even this $2k+ tablet can’t quite overcome – at least, not yet.

The new display on the 12.9-inch iPad Pro is the main draw. It uses a Mini-LED panel now, rather than the LCD of the old version (and, for that matter, the 2021 11-inch iPad Pro which sticks with the old panel technology). Apple says that this “Liquid Retina XDR display” means better colors, better brightness, and smoother contrast. However you might not instantly notice that, depending on what you’re actually using the iPad for.

“The magic kicks in when you are viewing videos or photos in full-screen,” The Verge explains. “When you do that, the iPad Pro kicks into a different HDR mode (or in Apple’s parlance, XDR, for “Extreme Dynamic Range”) that really is stunning.”

Similarly high in potential is 5G, though whether you should be too excited about it depends on where you are. “Since 5G is still rolling out in most places, we don’t recommend 5G as a selling point for this device,” Ars Technica concludes. Most of the time you’ll be on LTE, which is still worth having integrated – and something many are hoping Apple will eventually add to their MacBook range as well. 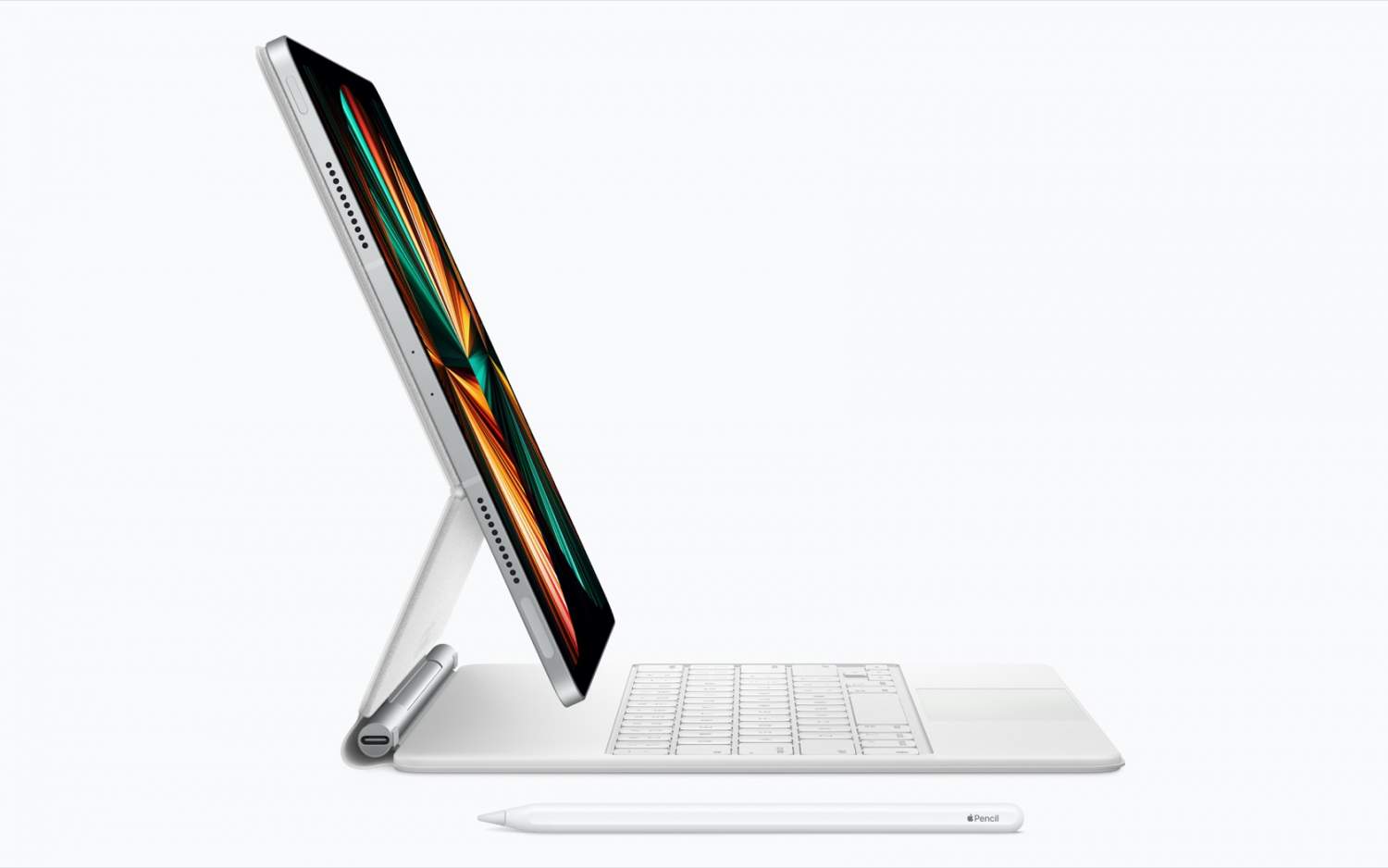 Much the same has been said about the new iPad Pro’s upgraded camera, which is now far ahead what Apple uses in its laptop range. For the 2021 tablet, it now supports a new feature called Center Stage, which basically uses digital panning and cropping to keep you centered in the frame during video calls. Problem is, it may still need a little tuning to look entirely natural.

“The resulting affect is as if Apple has applied a Ken Burns effect to dramatize your video call,” Pocket-lint warns. “Or, as we found when being fairly close to the camera, it looks a bit like being on a boat and bobbing up and down with the tide. It can, at times, be very nauseating.”

Battery life isn’t quite what we were hoping for, either. “I was pretty unimpressed by the iPad Pro’s battery life,” iMore concludes. If you want a truly long-lasting Apple tablet, it’s best to look to the iPad Air.

If there’s a common question, it’s whether iPadOS is now the limiting factor significantly holding the iPad Pro back. Certainly, with basically the same power as a 2020 MacBook Air or a new 24-inch iMac, the M1-based iPad Pro isn’t short on processing grunt.

How iPadOS actually makes use of that – and whether it fits with how people like to multitask and the apps they rely on day to day – is the big issue. On the desktop side, macOS has always been about multitasking, but iPadOS, at least in its current iteration, isn’t quite there yet. “True, multi-window multitasking would be a great start,” Engadget suggests, “and wider support for professional video formats would be a huge deal for the creative professionals Apple caters to.”

Those pros will need to dig deep if they want to join the party, given just how expensive it’s possible to get with the new iPad Pro. The 12.9-inch model starts at $1,099, but by the time you get to the bigger storage capacities and add in 5G, you can be looking at well north of $2k for the tablet. That’s before you start to add in accessories like Apple’s Magic Keyboard with its trackpad.

As CNBC puts it, “most people are going to be totally happy with the iPad Air.” That uses the same chipset but is considerably cheaper, even if you sacrifice the Mini-LED screen and baked-in 5G.

Some, it’s fair to assume, will opt to wait it out instead. WWDC 2021 is not far off, and we’re expecting to see news on just what Apple has in mind for the next version of iPadOS. That’s almost certain to bring more power features to the platform, and could make justifying the laptop-esque price tag of this new 2021 iPad Pro a little easier.