It’s easy to leap to categorizing new products like Apple’s iPad Pro 10.5 as either revolutionary or evolutionary. Do they break new, uncharted ground, or are they last year’s flagship, polished and refined for another attempt? At first glance, the iPad Pro 10.5‘s familiar shape makes it easy to conclude evolution, but I’m not so sure.

If anything, that familiarity does the iPad Pro 10.5 no favors. Certainly, the brushed metal casing with its chamfered, polished edges may not stray too far from last year’s 9.7-inch model, but in reality almost everything is different. New processor, new display, new physical size, new cameras, new hardware controls, new ports, and more. 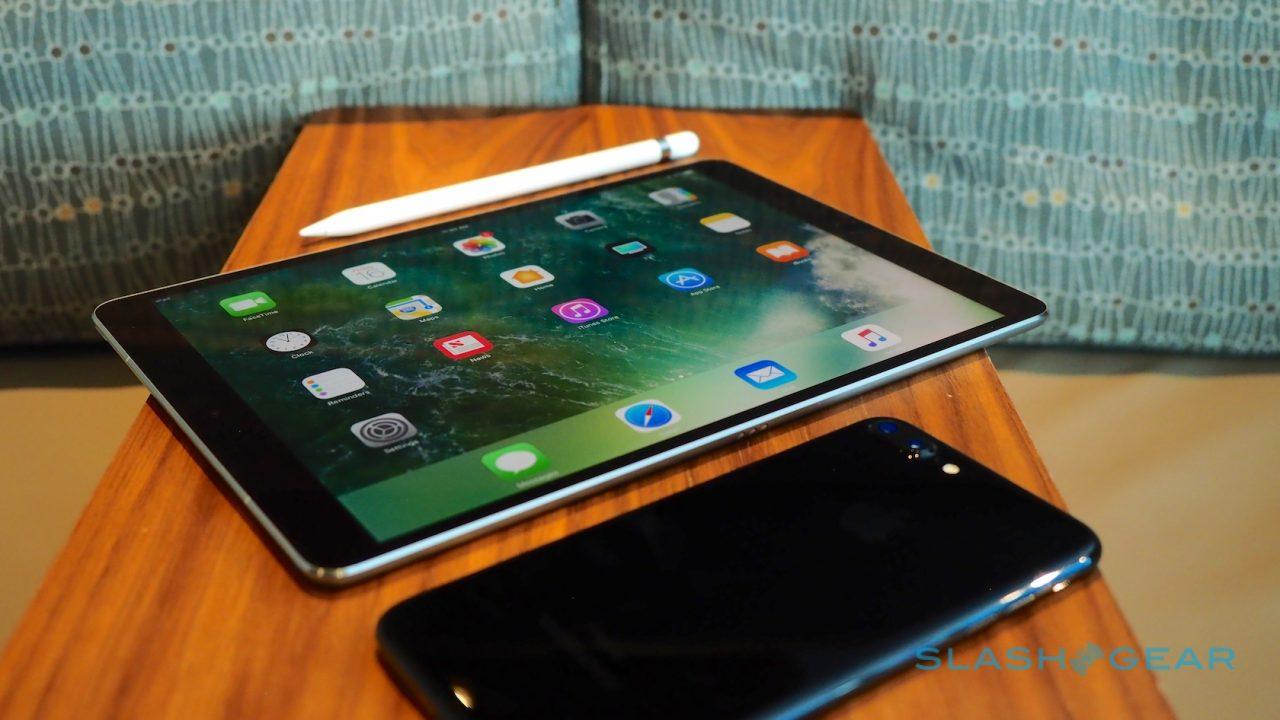 Question is, does that all add up to an instant-upgrade for existing iPad owners, and does it make the new iPad Pro 10.5 the tablet-to-have?

Bookmark this page, safely turn off your phone or laptop, and head down to the nearest Apple Store. There’s really no other way to fully grasp how incredible the 10.5-inch display on the new iPad Pro looks. “Seeing is believing” may be a cliche, but we’re just going to have to push through our discomfort of that, because honestly, this time around it’s true. 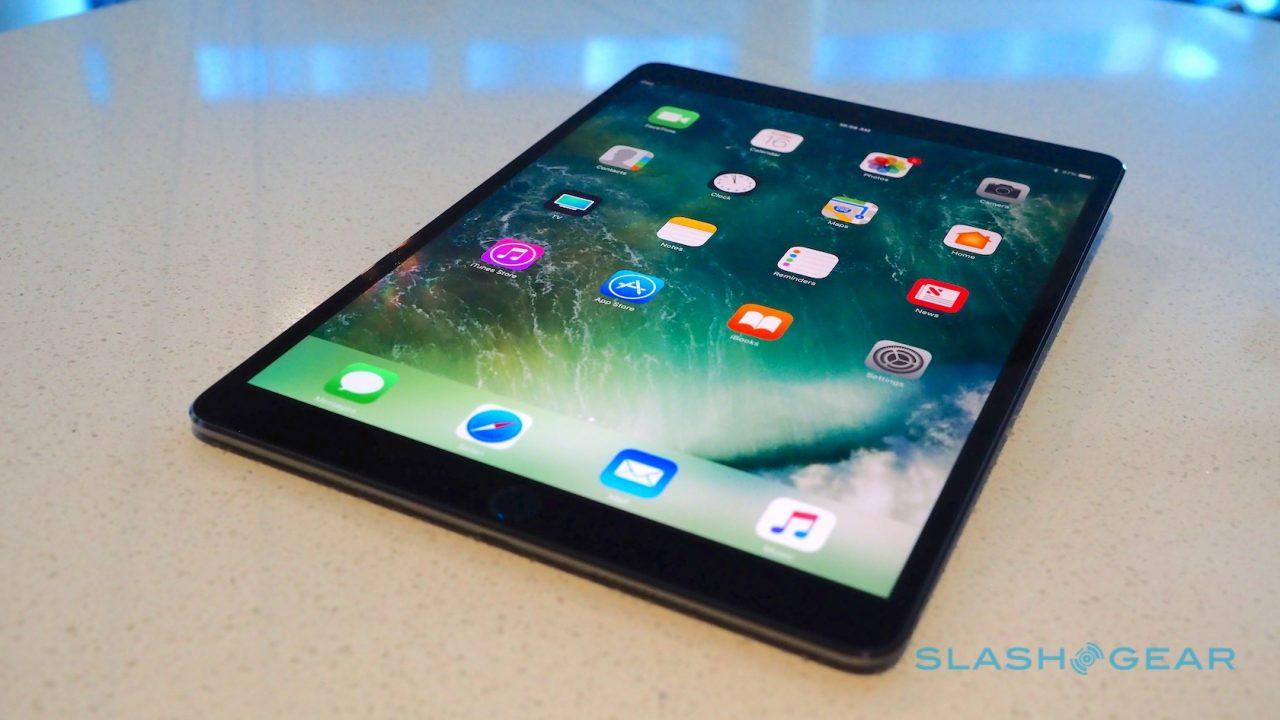 Back from the store? Great. Now let’s talk about what Apple has done. The branding – because you knew there’d be fancy branding, didn’t you – is “ProMotion”, but it’s basically describing a 120Hz refresh rate. If you’re not a display tech person, that means the speed at which the display updates its pixels.

Typical displays clock in at 30Hz or 60Hz, which make the ProMotion panel on the new iPad Pro twice as fast. It’s no marketing ploy, either. Scroll fast, and unlike with the smeary blur of most touchscreens, you can actually read the text go past on the iPad Pro 10.5. Panning and zooming has a smooth creaminess that reminds you of those early days of multitouch, when the sensation of pinching on a glass capacitive display was so jaw-dropingly fresh.

Factor in the Apple Pencil, and the results are even clearer. The hardware of Apple’s $99 stylus is unchanged, but the digital ink keeps up far better on-screen than it did before. Apple claims it’s down to 20ms latency now: the pen-ink system was always this good, but the display technology has caught up to help actually show that. 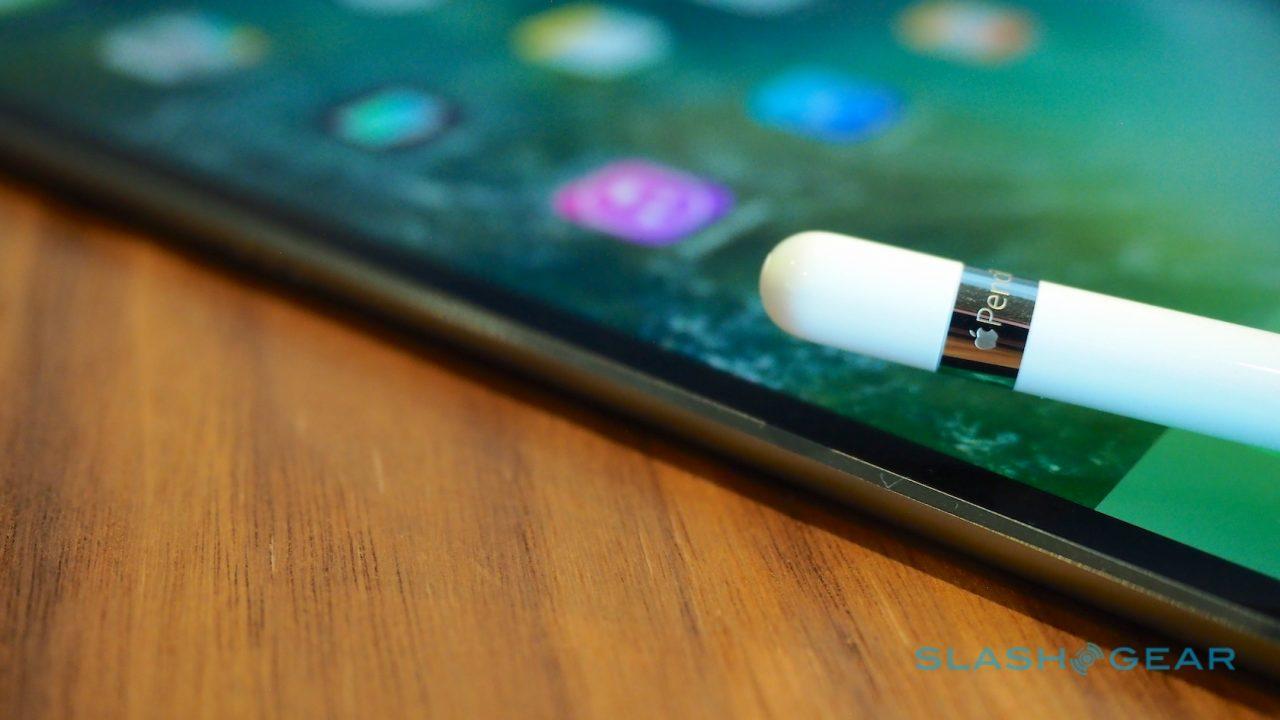 Everything else changed is the metaphorical gravy on top of ProMotion. With size up from 9.7-inches, Apple threw more pixels at the iPad Pro 10.5 rather than just making them larger. Resolution is now 2224 x 1668, while brightness has increased to an eminently outdoor-usable 600 nits. If iOS spots you’re doing something which doesn’t require 120Hz it’ll automatically scale down the refresh rate, saving battery in the process.

True Tone, which adjusts color temperature in a way so subtle as to be almost imperceivable – until, that is, you turn it off – is still present, and its talents are donated to the also-updated iPad Pro 12.9. You still get an anti-reflective coating to avoid distracting glare.

The iPad has never really been known for its waif-like screen bezels, but that changes with the iPad Pro 10.5. Indeed, despite the significant increase in display, it’s physically only a little larger than the 9.7-inch version it replaces. Weight is still just over a pound. 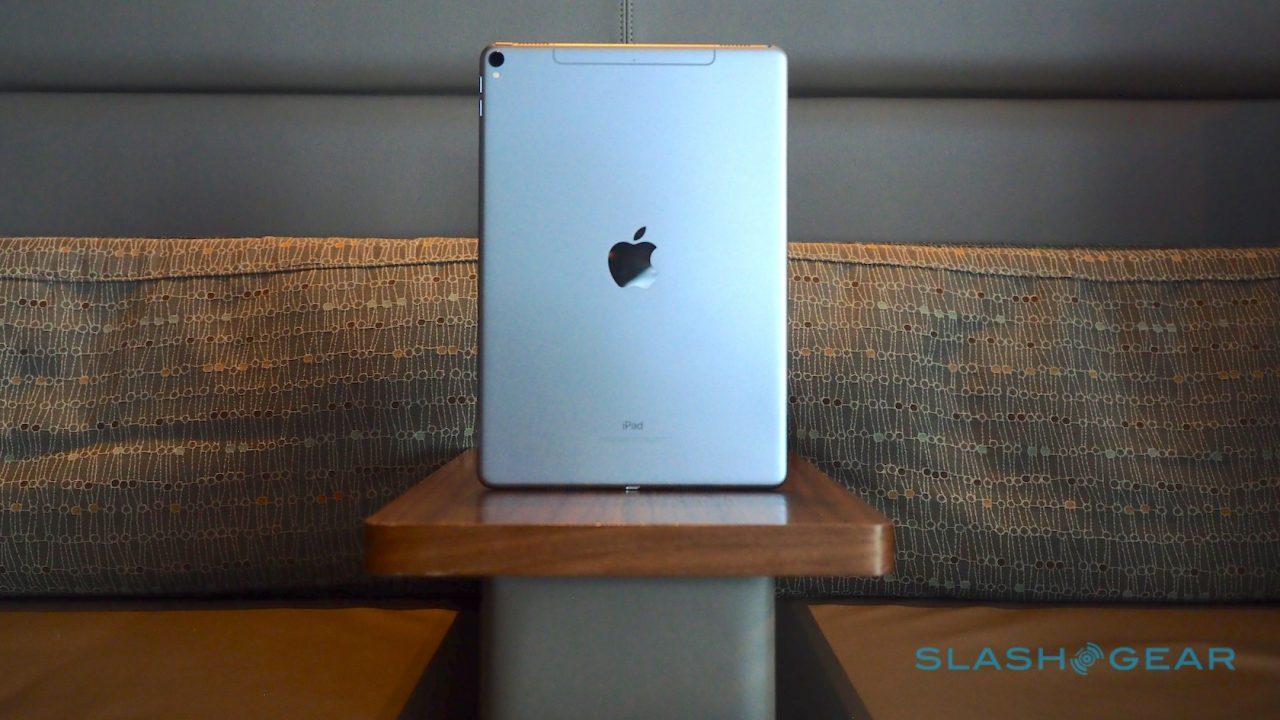 The chassis itself is the same, high-quality aluminum and glass we’ve come to expect. Touch ID has been upgraded to use Apple’s second-generation fingerprint sensor technology. I can’t say I noticed a particular speed increase over the old version, but I did spot the fact that Apple is still using a physical home button rather than the pressure-sensitive pad of the iPhone 7.

Cameras that are pleasingly familiar

What the iPad Pro 10.5 does get from Apple’s smartphone is its cameras. On the back that means 12-megapixels with an f/1.8 aperture lens, up to 5x digital zoom, and optical image stabilization. The front camera is a 7-megapixel FaceTime HD, with f/2.2 lens and 1080p video recording. 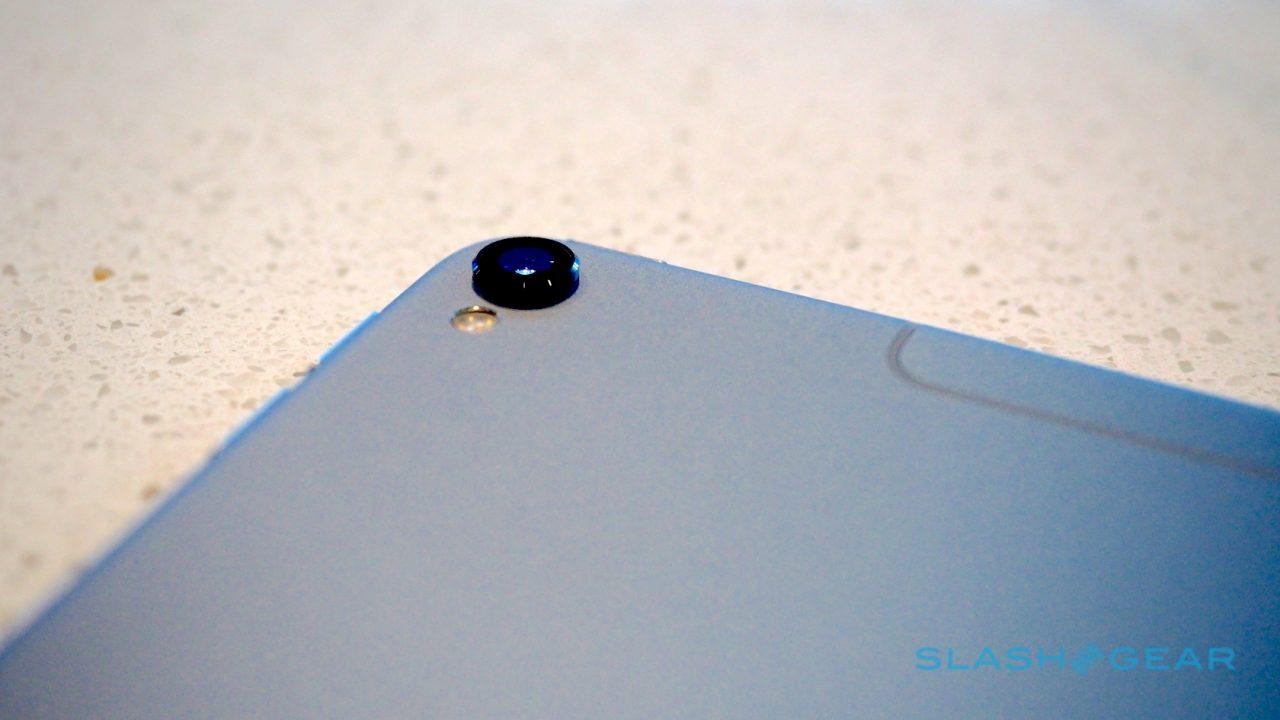 The world is split into those who don’t see why you shouldn’t take photos with your tablet, and those who believe it to be the height of barbarity. If you’re in the latter camp, you might resent the newly-protruding bulge that has been introduced to accommodate the higher-quality rear camera.

Last year’s iPad Pro was fast. 2017’s iPad Pro is even faster. You can credit a few things for that, but primarily it’s the new Apple A10X Fusion chipset, and the 4GB of RAM it’s paired with.

It’s tough to argue with the idea that getting into building its own mobile chips was one of the best ideas Apple has had in recent memory. The A10X Fusion is a hexacore, designed with both performance and frugality in mind. On the one hand, you have three low-power cores which can crunch more humble tasks while sipping battery power. On the other, you have a trio of potent cores for when you need maximum performance. 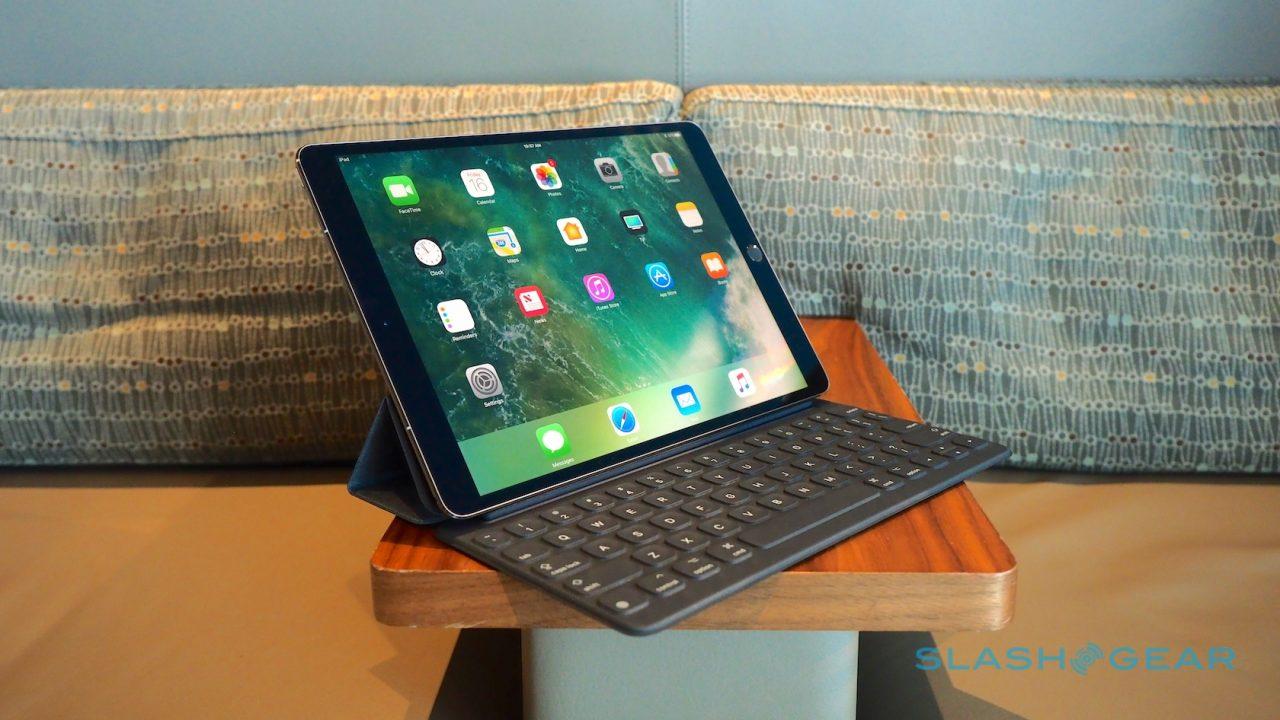 The results are astonishing. Synthetic benchmarks may be the tech industry’s equivalent of locker room bragging, but the iPad Pro 10.5 has nothing to be ashamed of there. In Geekbench, for instance – a popular test of processor and memory performance – it delivered a single-core result of almost 4k. The multi-core score in the same test was over 9,300. They’re numbers which put full, “proper” laptops to shame, and which allow for high-performance apps with desktop-levels of photo and video processing.

That’s entirely intentional, of course, since Apple wants you to retire your regular laptop in favor of the iPad Pro 10.5. For 2017, 64GB is now the minimum storage tier, and you can ramp all the way up to 512GB if your budget permits. The Lightning port now supports USB 3.0 speeds, while the optional LTE configuration comes with an LTE Advanced modem capable of up to 450Mbps downloads, network depending. All this while still offering 8-9 hours of practical battery life under mixed use, in my testing.

The delta between what would traditionally have been dismissed as a “mere tablet” and what’s a proper laptop alternative is narrowing. That’s not to say the math behind Apple’s equation is going to be right for everyone. 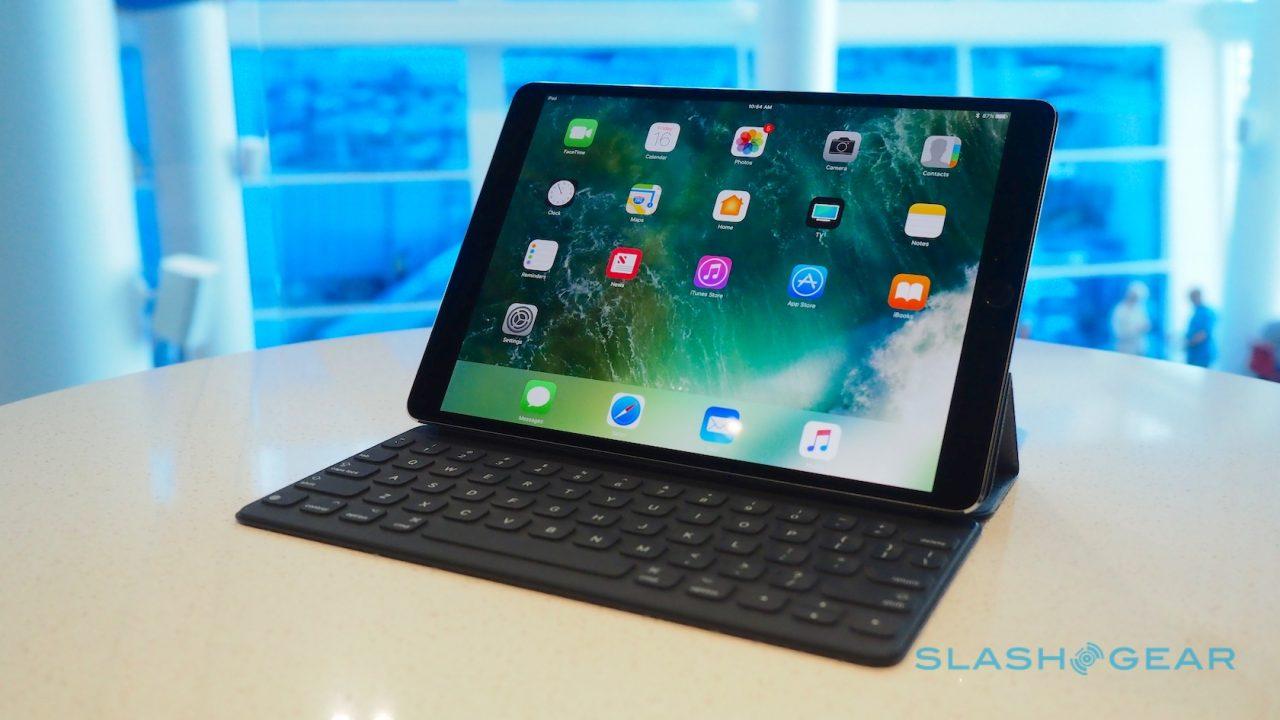 The 10.5-inch display does allow for what Apple is calling a “full-sized” on-screen keyboard. Of course, most people wanting to segue from a traditional laptop will still expect a physical keyboard. That likely means Apple’s own $159 Smart Keyboard.

It’s changed a little over the previous version for the 9.7-inch tablet, not least by the frustrating fact that the old Smart Keyboard won’t quite fit properly. If you’re upgrading, you’ll need to budget for the new one.

You do get more for your money than just a larger design, mind. The key layout is larger, just like its on-screen counterpart, which does make typing a little less cramped. Apple’s keys still aren’t quite as touch-typist-friendly as a regular ‘board, but they’re clickier and more tactile on this new model than before. 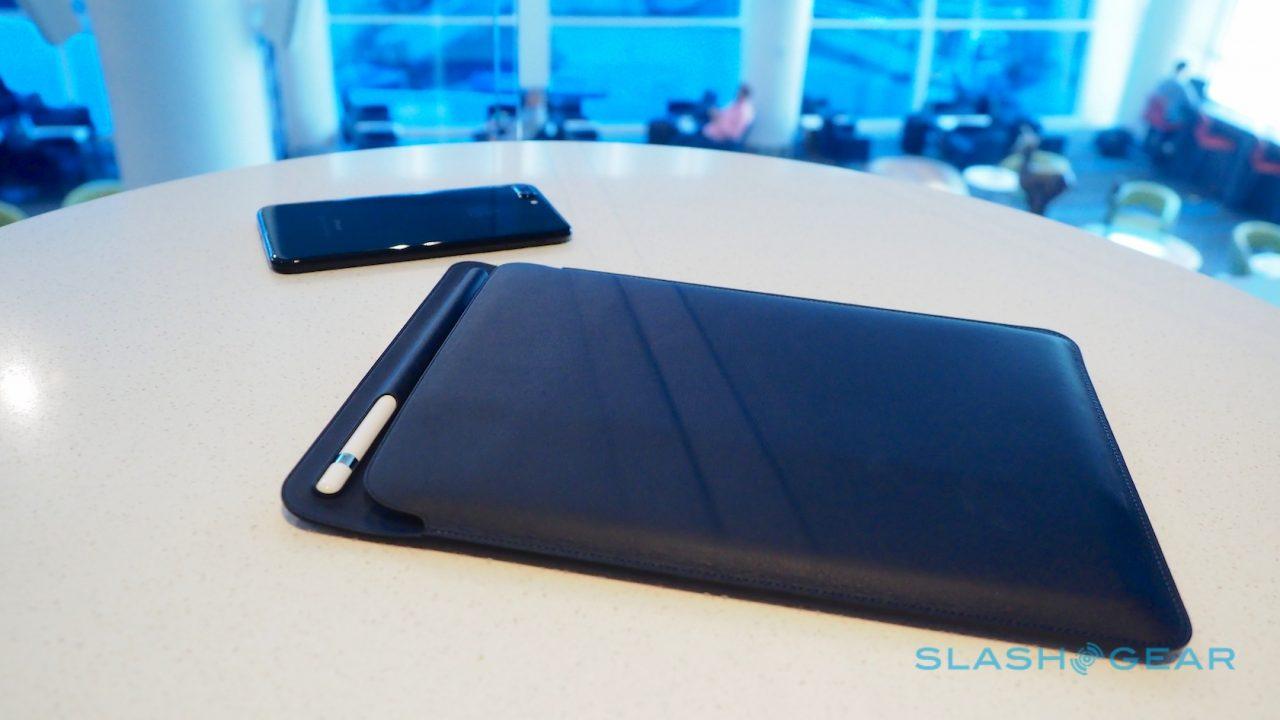 What it still won’t do is cover the back of your iPad Pro. For that, you either need a third-party keyboard case, or Apple’s new leather sleeve. You can just about squeeze in the iPad Pro 10.5 with the Smart Keyboard in place, while there’s a useful slot for the Apple Pencil too. It’s not cheap, mind: you’re looking at another $129.

Meanwhile, with only a single Lightning port, you’re looking at dongles if you want to add further wired connectivity. Apple offers an SD card reader, for instance, as well as a USB adapter, both of which support USB 3.0 speeds. You’re looking at either $29 or $39 for them.

If you’ve been keeping track, it means that the cheapest iPad Pro 10.5 setup with keyboard, stylus, and the entry-level 64GB tablet with WiFi-only, will set you back $907. If you want to max out storage and add in LTE, that means $1,079 for the tablet alone. We’re right in premium laptop territory.

So what about the software?

The iPad Pro 10.5 runs iOS 10.3.2 out of the box, but it’s hard to escape the feeling that it’s a stopgap. The real drama will occur when iOS 11 arrives, sometime this summer.

To say the new iPad Pro was designed with iOS 11’s talents in mind is an understatement. While the current version of Apple’s mobile platform may have made steps toward mainstream, desktop computing paradigms like split-window and multitasking, iOS 11 builds on those with the flexibility of drag & drop, and a much enhanced windowed multitasking system. Problem is, iOS 11 isn’t ready yet.

From my early experience with iOS 11, it’s worth the wait. The new Dock, which can be summoned on every screen and expands to accommodate recently-opened apps, is far more conducive to jumping between projects. So, too, is the new App Switcher, which can preserve things like split-screen multi-app states.

Drag & Drop is so cleanly implement, you wonder why it hasn’t been a feature for years; so, too, the Files app with its cloud sync support for services like Dropbox, Google Drive, Box, and OneDrive. The iPad Pro will intelligently choose which files to pull down local copies of and which to leave in the cloud, while cross-service search will pull in results from every local and cloud location you’re logged into. You’ll even be able to make folders of documents from mixed sources.

Factor in an Apple Pencil, and you’ll get search support for your handwritten notes, and the ability to begin note-taking directly from the iOS lock-screen. With the stylus, you’ll be able to slot handwritten text and drawings directly in-line within emails, too.

I can’t argue with Apple’s hardware. The iPad Pro 10.5 ticks all the right boxes: it has the superlative display, a processor that comfortably out-performs the needs of any app in the App Store right now, and all bundled into a sleek and long-lasting aluminum and glass slice.

Problem is, right now the software doesn’t live up to that hardware. Once you’ve had a sniff of iOS 11 on iPad, anything before it just seems half-baked if you really want to replace your laptop. The upside is that iOS 11 will arrive relatively soon, and be a free upgrade. 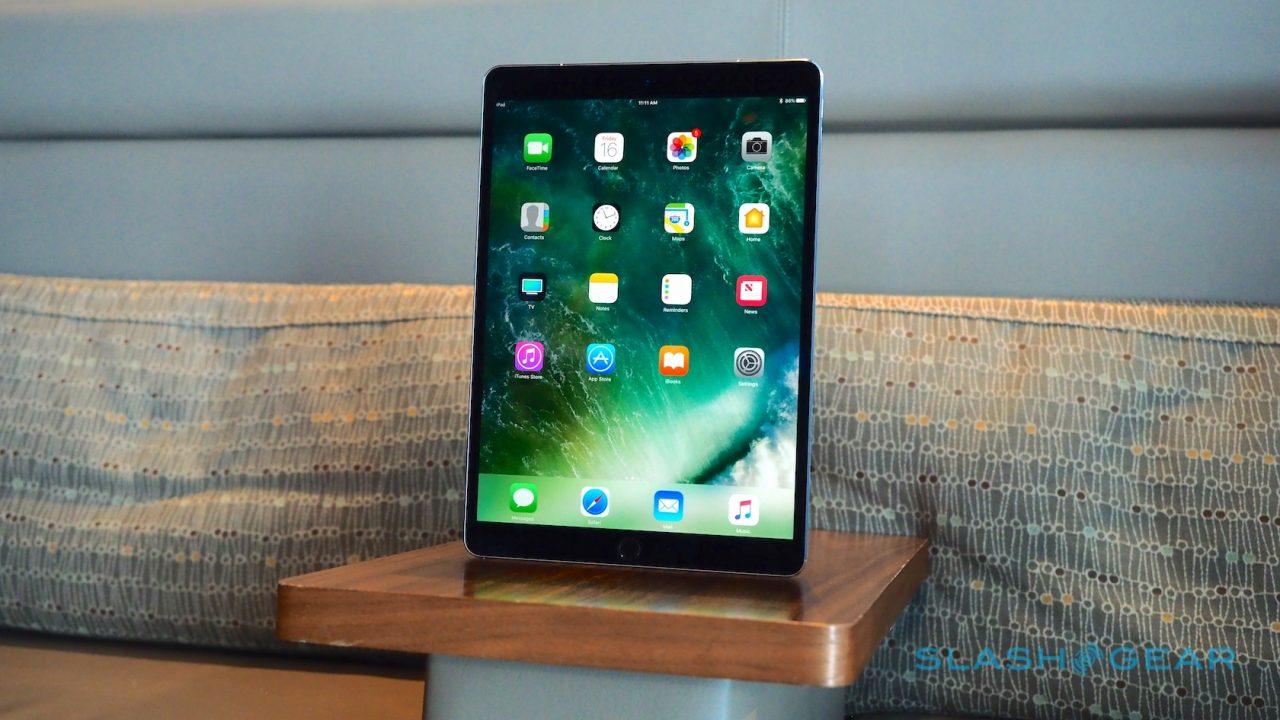 That still leaves a big decision to make, and it’s one which remains whether you go the early-adopter route or wait until the new iOS version’s release day bugs have been ironed out. The iPad Pro 10.5 is not a cheap tablet. When you factor in the accessories you’re almost certain to want, it gets even more expensive. Too much, I’d argue, to be justified away as a “companion device” to a laptop.

In short, for most people this needs to be your everyday machine if it’s to make financial sense. Apple is clearly targeting photo and video pros on the one hand, who will find new apps like Affinity Photo that put the A10X Fusion’s potency to work; the others will presumably be the same document editing, email triaging, web browsing users who don’t want the hassle or complexity of a Windows 10 or macOS machine. For the latter cohort, the iPad Pro 10.5’s power and price are probably overkill, but I wouldn’t blame you for succumbing to its charms when you see the ProMotion display.