This season’s iPad model, announced just last week, has the whole mobile world on its toes asking first if the upgrade is worth the cash, then if it makes sense to spend on one of the most impressive new features: 4G LTE connectivity. This newest model iPad 3rd generation, which we had hands-on time with at the reveal event, is the first to feature such connection speeds, and its vastly improved display and upgraded processor certainly aren’t specifications to scoff at. Because of this, we’ve been running a poll of you, the readers, and how many of you plan on buying a new iPad, be it Wi-fi only or 4G, iPad 2 or keep your old tablet, or if, believe it or not, you’ve got a whole different tablet on your mind – or don’t want one at all!

What we’re seeing here is a surprising number of the 12,800+ voters already participating voting in favor of purchasing the new iPad. This should come as no surprise since it’s much more likely that a person who’s already interested in purchasing the iPad would happen upon and vote in a poll specifically about that iPad. That said, you can see an interesting trend amongst people who plan on picking up the new Apple mobile machine.

Of the 6,603 voters saying they’ll be purchasing a brand new iPad soon, 3,953 of them said they’ll be buying a Wi-fi only version. The rest will be picking up a new iPad with a data plan attached, this of course allowing them ability to connect to the web whenever and wherever they want. The next largest response to the poll was with a relatively large “I’m not buying a non-Apple tablet”, this option not including the similar “I don’t want a tablet” option. The people speaking up about purchasing a tablet that is not made by Apple hit 18.4% with 2,358 respondents in total.

The amount of people saying that they do not want a tablet at all nearly matched those saying that they’ll be sticking with their existing iPad/iPad 2, the latter having 1,677 voters and the former numbering in at 1,562. The smallest number of respondents, 616 of the total 12,800+ voters, said that they’ll be purchasing the now-cheaper iPad 2. This device is certainly a good deal over the new iPad if you’re not concerned with a higher-resolution display at $100 off the cheapest dollar amount.

We’re going to continue running the poll until the launch date for the tablet, with another set of results near the end if results should show to skew in one way or another in that amount of time. Please feel free to comment below to explain why you voted one way or another!

Then for those of you who are answering “I need to get as much detail as I can handle before I decide,” head to our fabulous iPad timeline below. We’ve had so much coverage of this device that it’ll make your head spin. Then for those of you looking to get your hands on a new iPad completely free of charge, head to our fabulous All New iPad Giveaway where you’ll be telling us why you’d like the device and what you’d do with it if you had it. 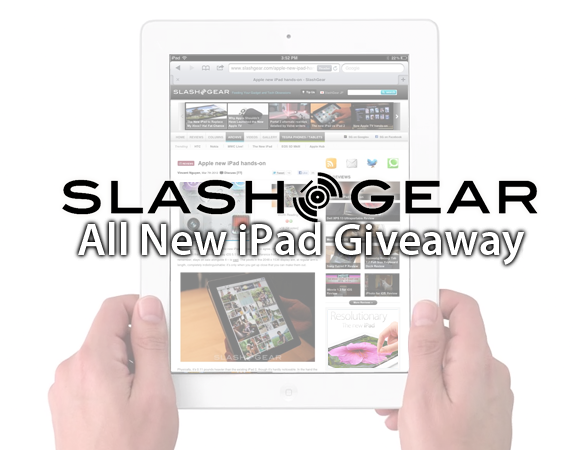