iPad Air replaces 4th gen: where did they all go?

If you’re keen enough to have noticed the new listings for iPads in Apple’s online store since right around 24 hours ago, you’ll have seen the complete axing of the 3rd and/or 4th generation iPad. This replacement was made by the iPad Air, which now sits in stores as one of two full-sized iPads, the other being the iPad 2. There are iPad mini units up as well, but what happened to all those 4th generation iPads?

The situation you’re seeing this week is much like the replacement of the iPhone 5 by the iPhone 5s. There are no longer any iPhone 5 units offered up by Apple online, and most of the stores out in the wild no longer carry the iPhone 5 as a new product. In the weeks that followed the release of the iPhone 5s and the iPhone 5c, the iPhone 5 was put on sale for those users that didn’t want to purchase the colorful next-generation machine.

NOTE: You’ll want to have a peek at our iPad Air hands-on as well as our iPad mini with Retina display hands-on right this minute!

When the iPhone 5s and 5c replaced the 5, the iPhone 5 was nowhere to be found in Apple’s Refurbished Products store listing. This is where the iPad differs.

You’ll find a wide variety of iPad and iPad mini units in Apple’s online store, this including the iPad 2, iPad 3, and iPad 4 for a wide variety of prices. While you should be aware that these products are “previously used”, they’ll be ready to roll in like-new condition straight from Apple. 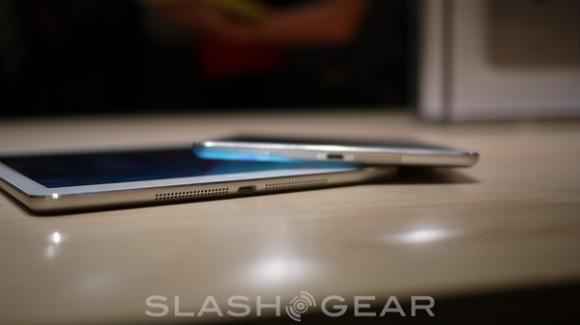 Meanwhile – at least until the iPad Air hits stores in just a few weeks – the 4th generation iPad will remain at retail locations for the same price it’s been at previous to this newest announcement. Refurbished prices sit at around $409 for an AT&T iteration of the iPad 3, $319 for a Wi-fi-only iPad 2, and $379 for a 4th generation iPad (with retina display and Lightning connector, that is).

You’ll see prices for the iPad 2 (the last model before the switch to Retina) at $399 for the Wi-fi-only version – the whole lot of these prices are the smallest internal storage size too, mind you, that being 16GB.

When the iPad Air arrives, you’ll be paying $499 USD for the 16GB Wi-fi-only iteration, while the iPad mini with Retina display (aka iPad mini 2) will cost $399. The first iPad mini will ring in at $299, this also working with Wi-fi-only and 16GB internal storage. These will be the same prices online and in-stores.