There’s a 5th generation iPad in the works, and a set of photos this week (once again) provides clues suggesting the size and shape of this device likely appearing in full later this year. With the success of the iPad mini comes Apple’s redesign of the iPad – here rolling out in (more) unofficial images from China-based leakster Xubo Long with rounded edges and a smaller bit of area for bezel on all four sides. While we’ve just got the back panel here (alongside an iPad mini 2), the front panel needs only be imagined to see the full device.

We’ve seen leaks looking essentially identical to this piece of hardware – one after the other – over the past few weeks. While it would seem odd that Apple would have a single event for both the next-generation iPhone (expected on the 10th of September) and a reboot of the iPad, there’s always the idea that they’re hoping to usher in iOS 7 all at once. 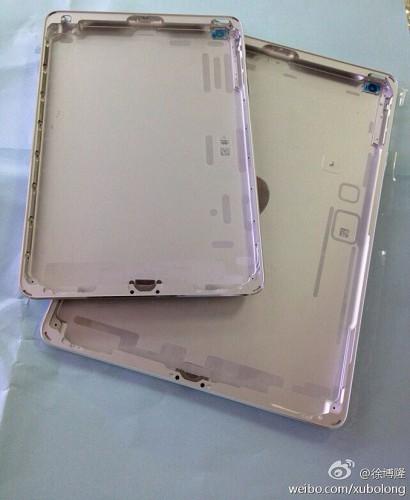 With both a smartphone and a tablet-based UI to work with, Apple will either show the whole shebang at a single event or – per usual – hold an iPhone event first, then an iPad/iPod event several weeks later. At the moment there’s no solid confirmation of a second Apple event, while the first (again, on September 10th) is all but assured.

Above you’ll see a set of mock-up photos created by the talented Martin Hajek. This fellow has gained notoriety over the past few years with his high-quality 3D renderings of Apple products, making models well before the final release of said devices based on leaks and spec suggestions – here you’ll get about as close to reality without actually being there this far away from Apple’s final, real release.