Apple has now brought in the Fair Labor Association to audit their suppliers on how nicely they are treating their workers and the attention of the Apple-hungry tech reader base has suddenly swung back to the iPad 3. Today’s set of leaks places attention on two factors that will very likely be in play for the next generation slate, namely an upgraded camera and a slightly thicker profile than past iterations. These possibilities come from an Asian parts reseller iLab Factory.

The parts being posted today show the back of the unit (or so they say) and a high resolution LCD display. This display may well be the Retina-grade display we’ve heard about for so long and as recently as last week, while the back plat does indeed look to be an iPad cover, complete with logo and 30-pin connector slot at the bottom. The LCD screen appears to have been manufactured by Sharp, the profile is one millimeter larger than the previous model, and the length and width are the same as the iPad and iPad 2. 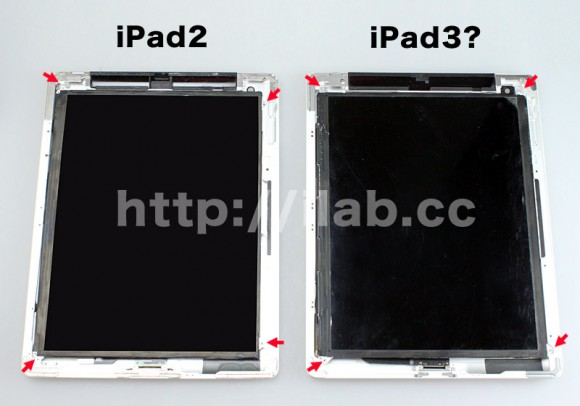 The back panel also has a slightly different ring around the lens hole than in the past, this suggesting that the iPad 3 may have a camera closer to the advanced setup in the iPhone 4S than the lower-grade iPad 2. There have been 8-megapixel cameras in tablets in the past, but never on an Apple-made device. This would mark the first time Apple has released an iPad with a camera made for more than just video-quality media capture. 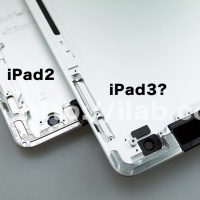 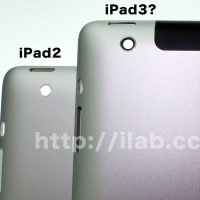 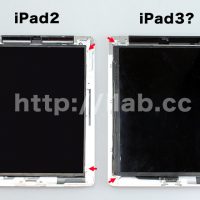 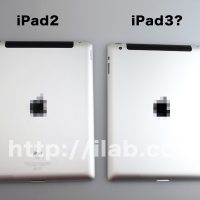 Have a peek at our review of the original iPad as well as the iPad 2 in the timeline below and stick with SlashGear for all your iPad 3 rumors up unto the release, whenever that may end up being!