There’s a new ecosystem within iOS being rumored this season which includes a health-centered aim for the next generation of iPhones. While this “Healthbook” will work with the iPhone 5s as well, the big dish will be inside iOS 8 for the next generation. These details come from 9to5Mac where Mark Gurman appears to have the full run-down. This update will likely be appearing before the end of 2014.

Information on some of these items will be shared right alongside the title of each card – your weight and blood pressure, for example. Data will be gathered through a variety of sources including through the iPhone itself as well as through 3rd party accessories connected to your iDevice wirelessly. 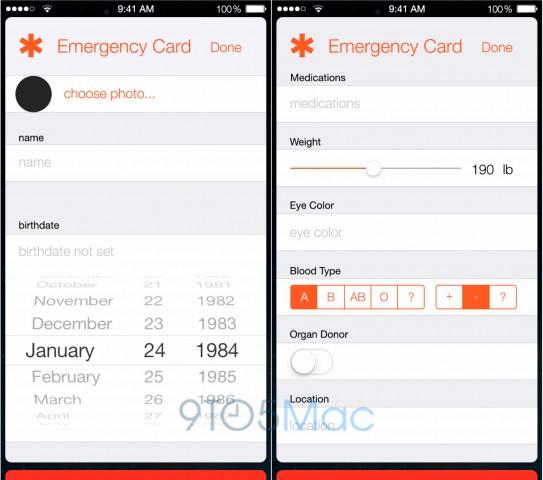 One of the more interesting additions here is the tracking of Blood Glucose levels, this indicating that Apple will be working with users who have diabetes, pushing in on an industry never before directly tapped by mobile devices. Not by non-pin-and-needle devices, that is – there are plenty of glucose trackers out there, but none integrated directly into the smartphone itself.

The Emergency Card, too, is of extreme importance to the user if they ever happen to be in an emergency situation. While it’s difficult to imagine this card replacing the “Organ Donor” bit on your driver’s license, Apple is making inroads. We’ll likely see at least Healthbook or Healthbook and a new device for tracking straight from Apple by the end of the year.