iOS 13 Optimized Battery Charging and why Android is next

With the release of the iPhone 11 and iPhone 11 Pro with iOS 13 came a new feature called Optimized Battery Charging. This feature limits the charge your iPhone battery can take at a time – with some intelligent caveats – so that your iPhone battery will last as long as possible. Android users have had similar solutions before, but never like this.

What is Optimized Battery Charging?

Optimized Battery Charging in iOS 13 is found in Settings – Battery – Battery Health – and down to the bottom of the menu where a switch can be flipped. Per the iOS 13 Battery Health menu itself, “Phone batteries, like all rechargeable batteries, are consumable components that become less effective as they age.”

At launch, this Settings page also showed “Peak Performance Capability” and “Maximum Capacity.” Maximum Capacity was a measure of capacity relative to “when it was new.” If you’ve been using your iPhone for several years, this Maximum Capacity percentage may be lower than 100% – and you most likely have less battery time between charges than you remember having when you first started using the phone.

Optimized Battery Charging works better as you use your phone more and allow the phone (locally) to learn your “daily charging routine.” The phone learns the times when you’ll most likely need to have a full charge, and otherwise stops your charger from charging your battery beyond 80% capacity. Avoiding keeping your phone charged and/or on its charger hovering at 100% full will allow your battery a longer overall lifespan.

I thought that was a myth

In the past, before battery chargers (some, not all) got smart about relegating charge, leaving a battery on a charger could result in overcharging and possible heat and potential for fire. Those times are mostly gone – unless you’ve got a charger from a disreputable source who hasn’t taken the time to create a regulated piece of equipment.

For the average person, charging to 100% every night – or every time they charge their phone – won’t be an issue. Most people don’t use their smartphone more than a 3-year period. For those people that DO use their phone for many, many years, there’s a good reason to hold back on topping-off the device’s battery with each charge. 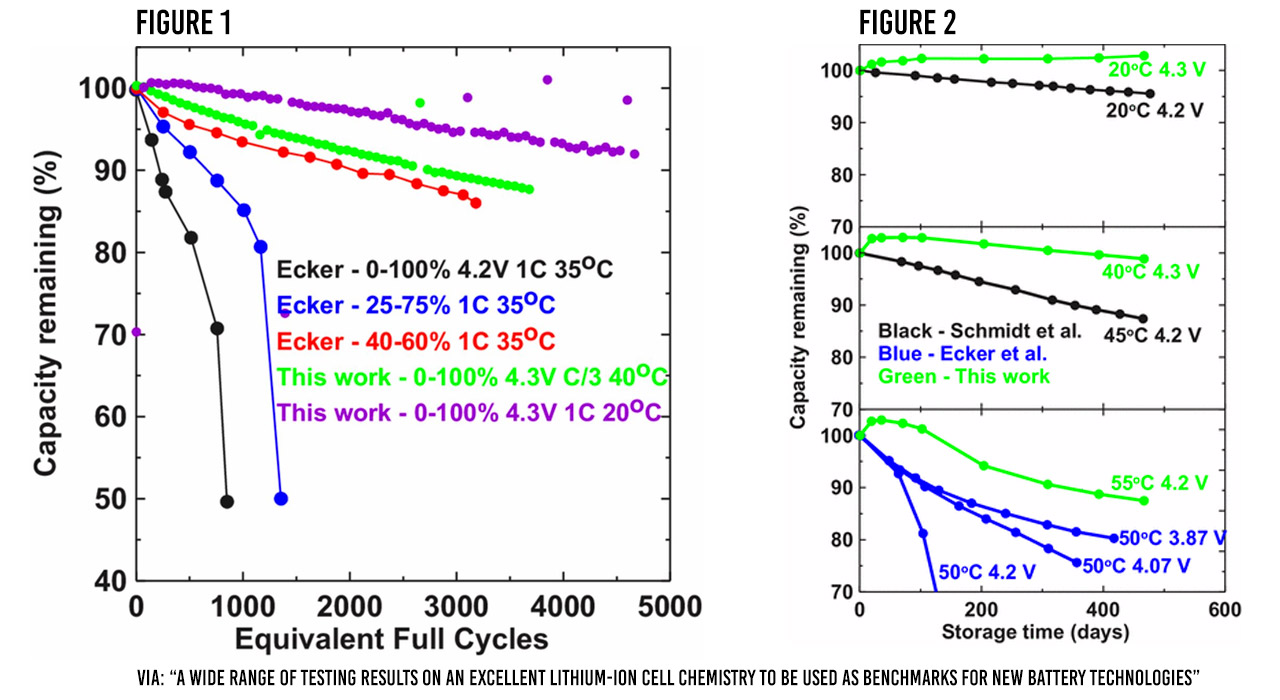 As a rechargeable lithium ion battery is charged, it degrades – at a VERY slow rate. Phone batteries have the potential for hundreds and hundreds of zero-to-full recharges before they degrade a significant amount. But each time they’re subjected to stress, they degrade.

If a battery is stored at 100% capacity, is it subject to more stress. The same is true as the temperature of the storage is increased – a battery left in the sun will not keep its full original capacity for long.

If you only ever charge your phone’s battery to 80%, the battery will have a longer overall lifespan than if you’d always charged to 100% every night. You can learn more about this stress at the aptly-named Battery University with Isidor Buchmann and Cadex. Another great resource for this is Jeff Dahn, battery researcher. You can hear him speak on Lithium Battery Research in the video below:

So assuming you’re going to want to use your iPhone for a long time – or you use your iPhone a LOT, every single day – you’ll benefit from the activation of this new feature in iOS 13. This feature should be live for compatible iPhones with iOS 13 now.

Android users do not currently have an “official” setting like what appears in iOS 13 with Optimized Battery Charging. This is not the first time anyone’s ever considered the partial-charge situation with lithium ion batteries in Android devices. In fact there’ve been several attempts at creating apps that stop a phone from charging at around 80% capacity automatically.

But nothing’s really caught on, not in any sort of significant, mass-appeal sort of way. Now that Apple has Optimized Battery Charging, it’s not difficult to imagine that soon we’ll have a RIP headphone jack sort of situation on our hands. Once the fear of missing out kicks in, the addition of a battery control feature in Android proper won’t be far behind – mark my word.