Five HD sources of media with HDMI cords out, one box in, two sources out. This is what the IOGEAR Wireless 5×2 HD Matrix (GWHDMS52) is all about. You’ve got a bunch of different TV boxes, gaming units, and media center units in your home, but they’re all relegated to the living room. What if you want to watch TV with one box in one location and play games in another? You’re not going to take one of those boxes and haul it back and forth every time this situation arises, are you?

Absolutely not, sir, you’ve got a device that’ll do that for you. The IOGEAR Wireless 5×2 HD Matrix consists of two boxes – one for each of your screens – a number of connector cords, and two remote controls. Batteries included. 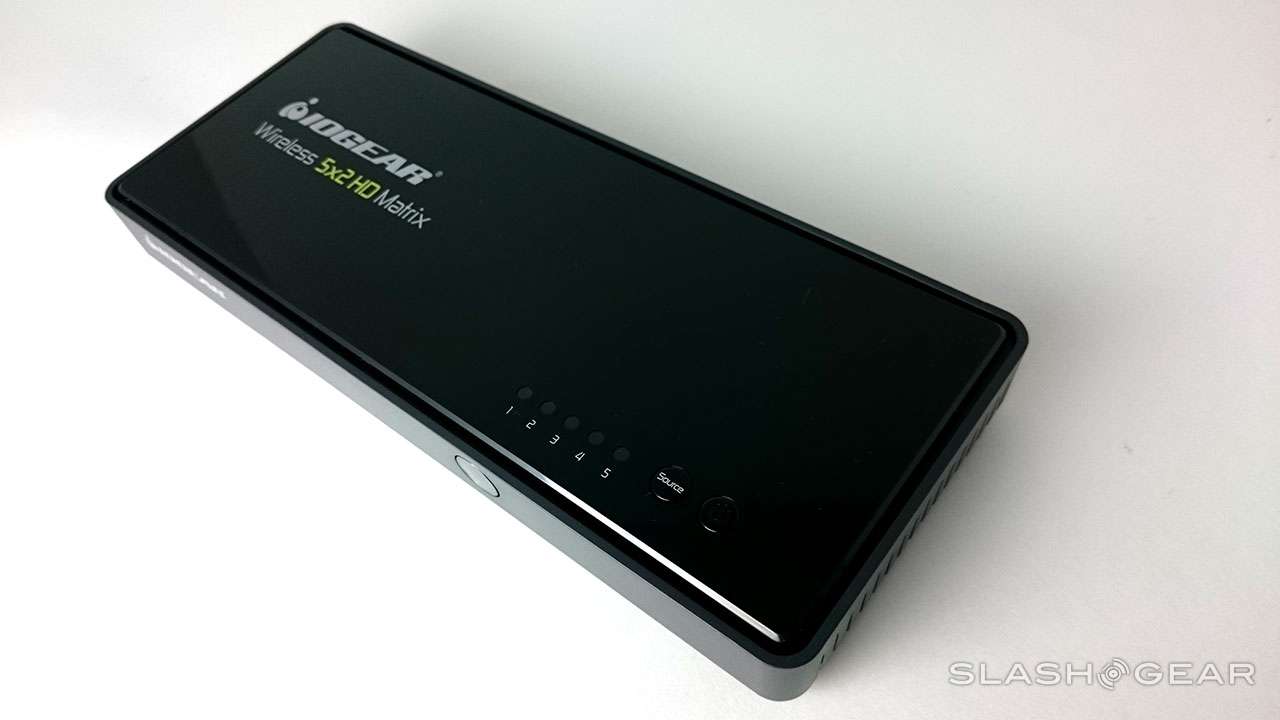 The first box has 6x HDMI ports. The first five are HDMI-in. You plug in your media center, your TV box, your Chromecast, your Xbox One or PlayStation 4, and your Apple TV. You’re just the sort of person to have every single one of these in one room.

From there, you take one more (included in box) HDMI cord and plug it in the only HDMI-out port on the box. Plug that cord into your HDTV, and you’re basically ready to go. 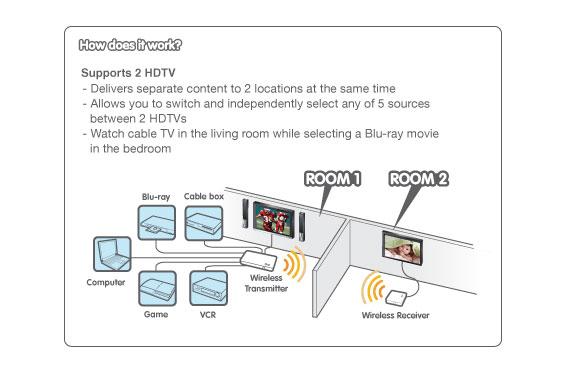 You have some options at this point:
• Plug in the IR-blaster cord
• Put batteries in your remote control
• Set up your second box

The IR-blaster cord is really unique. It consists of a row of infra-red covers for your devices, allowing you to have the option of controlling them with your controller or with the controller you already have on-hand for each individual device. 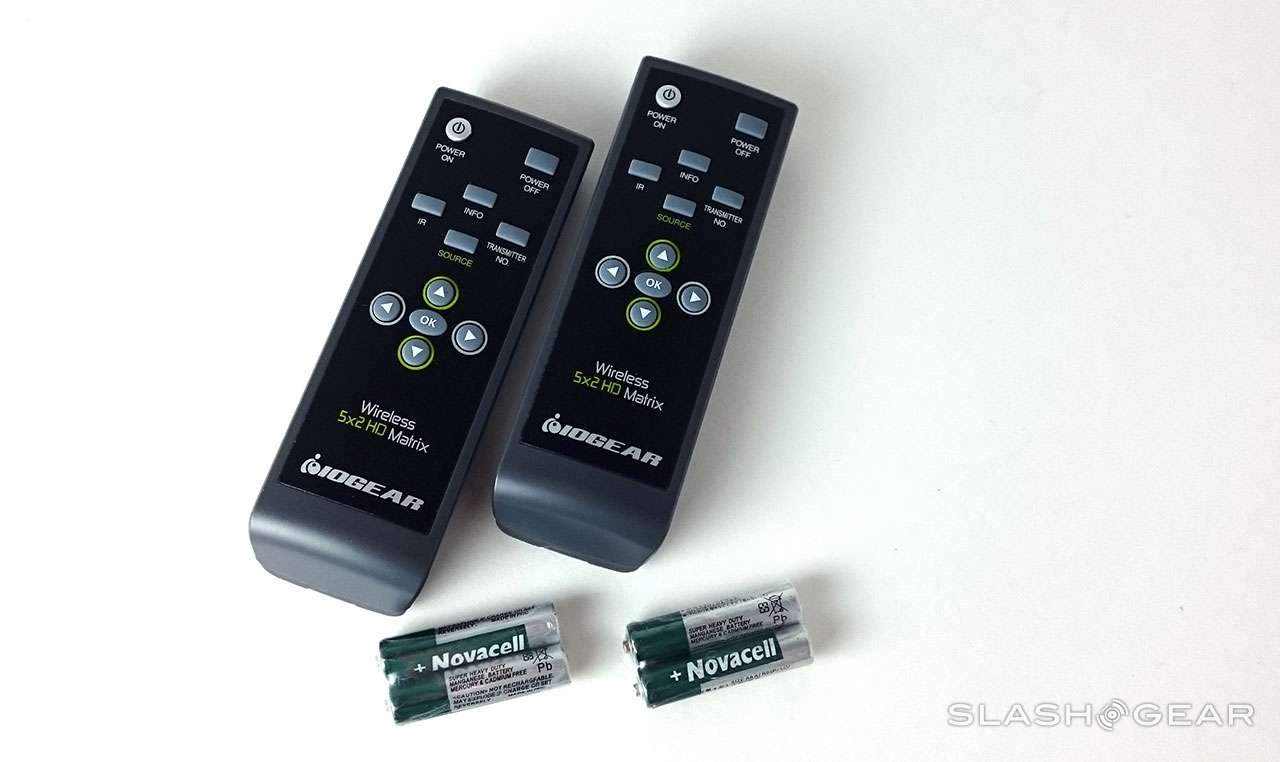 The iogear controller is very, very basic, but will suffice for most simple up-down-left-right-select interfaces. You get two controllers in the package, too, so you can control the second box with the second controller. 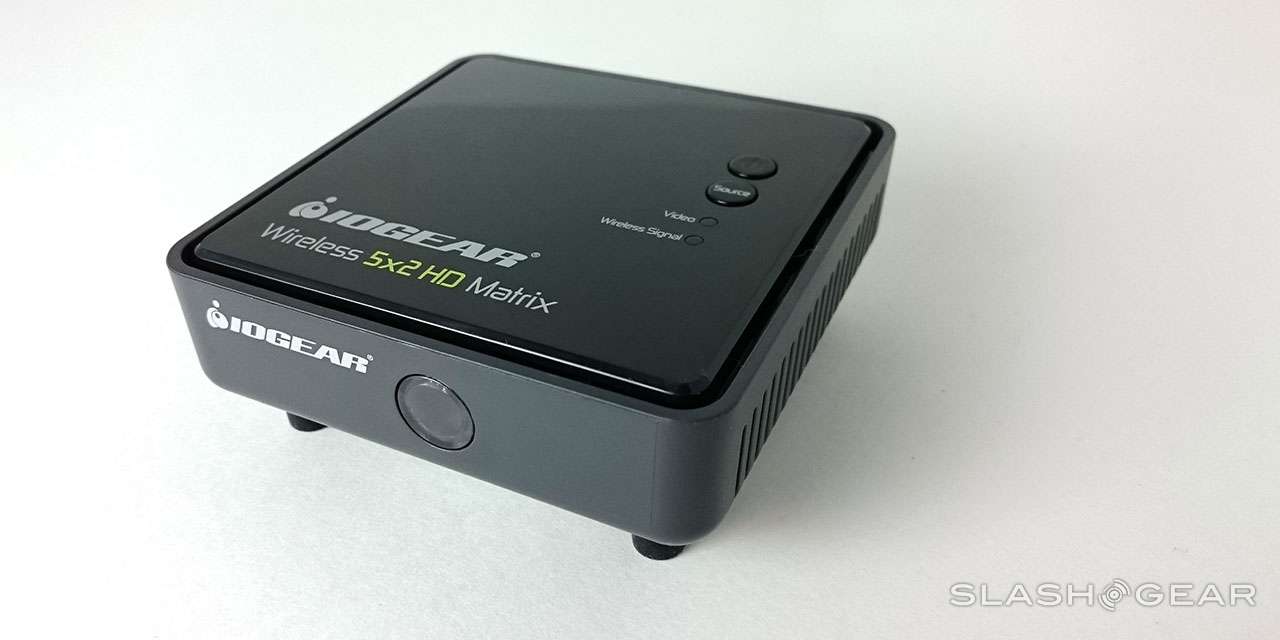 Both the first and the second box have a single button on them, one that allows you to switch between sources. Because of this button, you might never need to use your remote control at all. 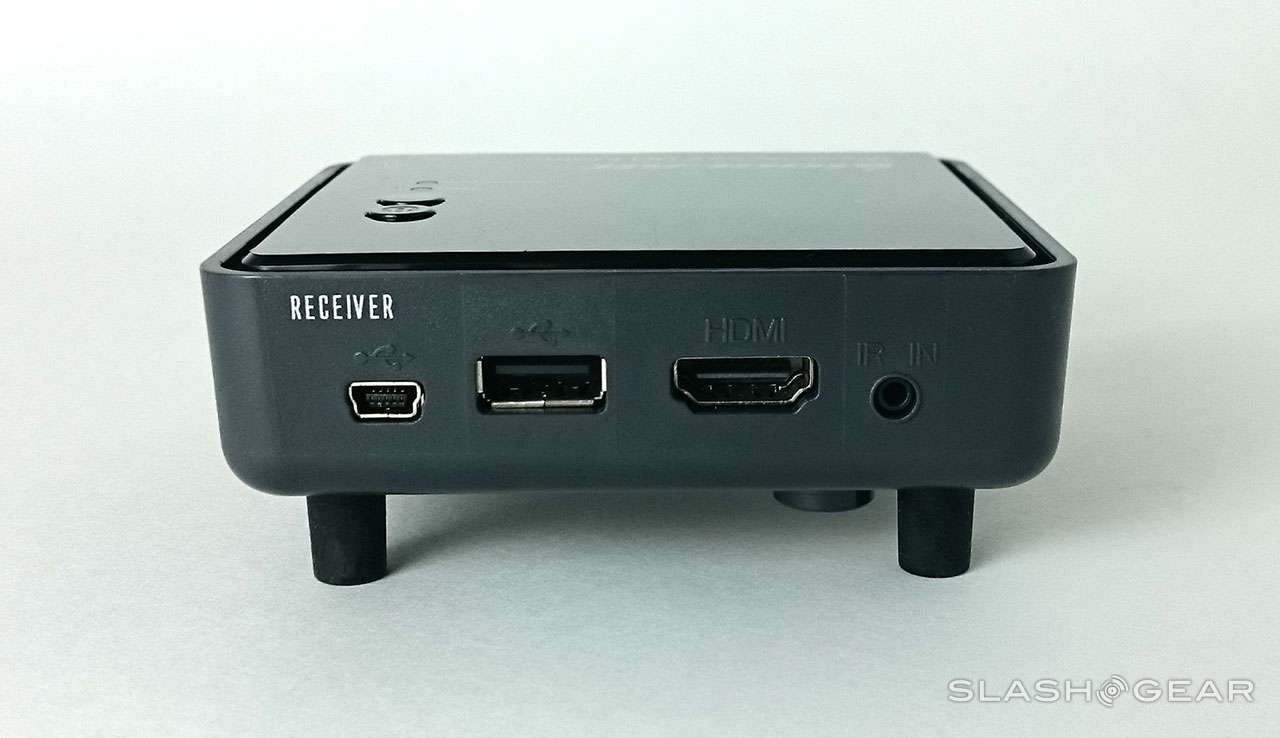 With your first box set up, you’ve got control over which source you want playing on your TV at any given time. Simple switch stuff.

The second box acts largely the same way, with none of the cords. You plug this unit into the wall with a power cord – as you did with the first – and plug its only HDMI port out to your second monitor.

From here you’ve got an instant connection to the first box completely wirelessly and with so little lag you’ll have to strain to notice. Even gaming wirelessly is possible with this unit – just so long as your controller is close enough to your Xbox or PlayStation to keep a steady signal. 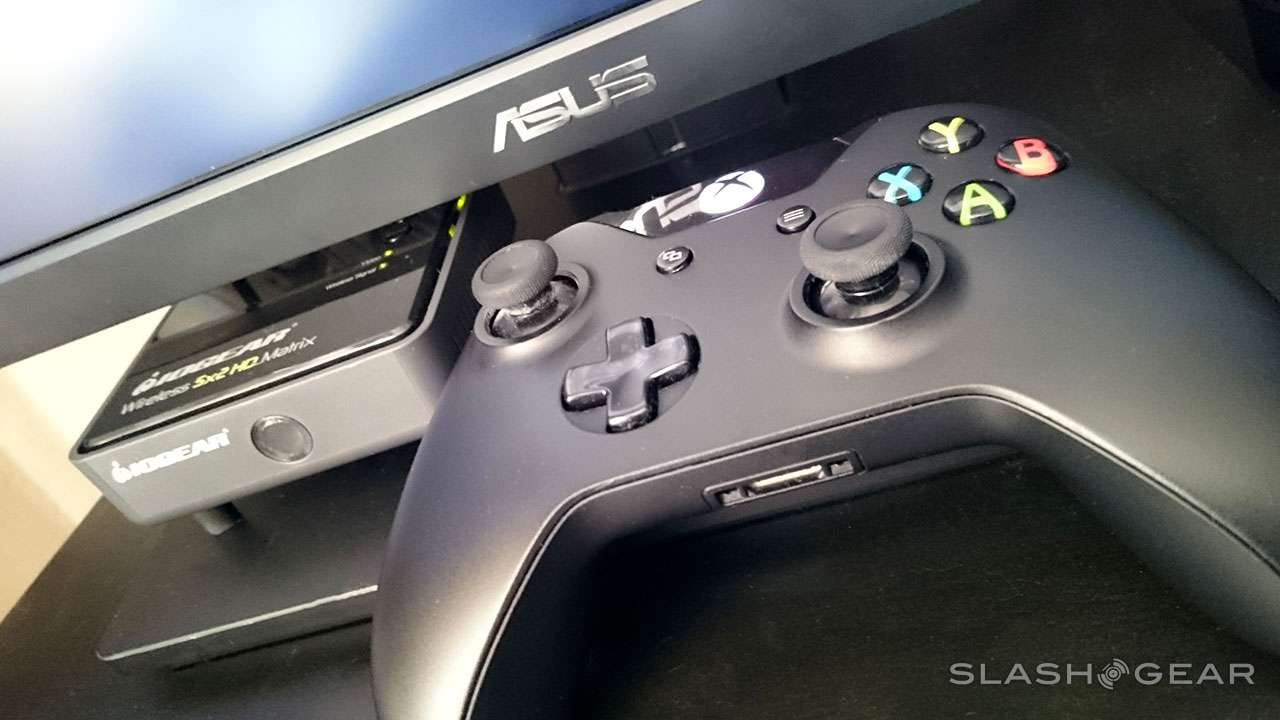 You’ll be able to place the boxes up to 100 feet away from one another and continue to get a high-quality Full HD 1080p signal. That includes 3D content, if you have it, and digital audio as well.

As a bit of a bonus, you’ve also got USB connectivity. Plug your computer in on one end and a keyboard/mouse in on the other for wireless control again.

So take the Back to the Future science fiction-made reality SkreensTV and turn it on its head. This IOGEAR device is basically the opposite of that.

The IOGEAR Wireless 5×2 HD Matrix will run you $399.95 right this minute. If you’re all about keeping your video devices in one room but the content spread around your home, this is the solution you’re looking for.