With increasingly more capable CPUs and GPUs, the bottlenecks of computing have lately been relocated to memory, both in RAM to some extent but especially in persistent data storage. The race is on among chip makers to produce not just the highest density storage technology but also the fastest. Intel, a name you’d more commonly associate with CPUs rather than storage devices, is also taking part in that race alongside storage maker Micron. And the first fruit of their friendship, the blazingly fast Optane SSD, might even be first seen in Apple‘s next MacBooks.

July last year, Intel and Micron revealed a new type of storage technology they branded as “3D XPoint”. It had the makings of a dream come true, advertised to be 10 times denser than DRAM but also 1,000 faster and more durable than your run of the mill NAND flash storage. The two bill 3D XPoint as the biggest breakthrough since NAND was first introduced in 1989, a very boastful claim to make. This year, however, we might see that promise come to fruition. 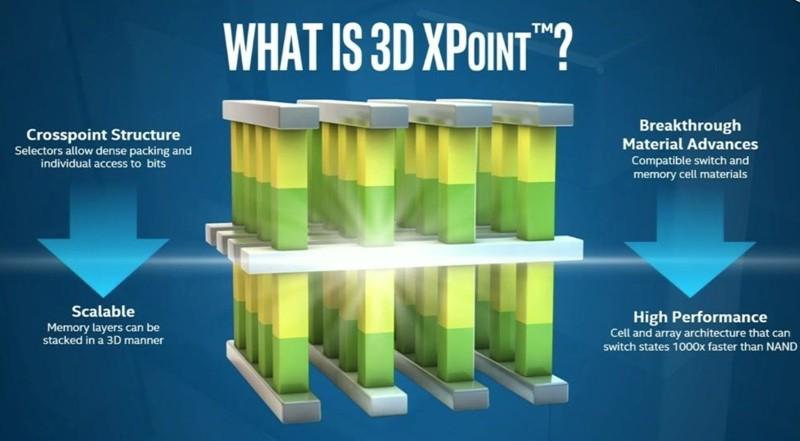 Intel promised that the first 3D XPoint products will make their way to the market in 2016, under the new Optane brand. Considering the circumstances, the first adopter of those storage could very well be Apple. The Cupertino-based company has never been shy in adopting very new technologies, sometimes being the first even, like the Thunderbolt, some of Intel’s latest chip generations, and, more recently, the USB Type-C.

Optane SSDs are noted to be compatible with NVM Express or NVMe, the SSD communications protocol that is slowly replacing the older AHCI protocol. The improved speed and performance of NVMe is a perfect match to that of Optane. Apple’s MacBooks are already using NVMe so it isn’t going to require more changes on that point.

That said, it might not be until later this year before these Optane SSDs really become available for public consumption, Apple of otherwise. The next gen MacBooks, with both Intel Skylake processors and Intel Optane SSDs, could be announced no earlier than Apple’s annual WWDC event in April or May.

Intel is also working on Optane DIMMs for RAM, though availability details of those are less specific than their SSD counterpart.