When id Software’s RAGE video game started flaunting “4K textures” around, there was much debate on the practicality of that amount of data versus what our eyes can distinguish and what our beefiest PCs can handle. And now Intel and Micron, two of the biggest names in the semiconductor industry, wants us thinking about 8K games already? That said, it isn’t about the absurdity of the idea but about how its new 3D XPoint memory technology can make it possible, beating the hell out of the popular and steadfast NAND flash storage we have today.

So confident are they in their product that they dub it the biggest breakthrough in memory technology since NAND was first introduced in 1989. After all, when you promise 1,000 faster speed and 1,000 more endurance than NAND, then you might as well boast about it to the fullest. This seemingly miraculous achievement is made possible by the new architecture that Intel and Micron have come up with.

The transistor-less cross-point (XPoint) architecture resembles a 3D checkerboard where memory cells sit at the intersection. This has several benefits, including being able to address memory faster because of the smaller sizes as well as being able to stack them together to increase capacity. At the moment, the current capacity is 128 GB per die on two memory layers, but the two companies envision even higher densities in the future. 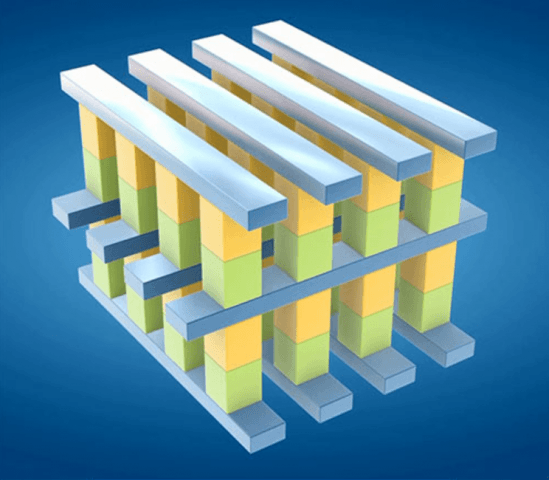 In practice, this means that our data storage, from smartphones to SSDs to servers, could soon scale well together with other computing components. Traditionally, storage has been the bottle neck of performance, with CPU and RAM at the very head. Intel’s and Micron’s 3D XPoint technology may not yet match the speed of volatile memory like RAM but could still provide the performance, balanced with power draw and price, to keep up with the growing mass of data that all our connected devices generate.