Intel may have missed out on getting into smartphones, but it’s not willing to do the same with smart cars, and it could well ride Android P’s coattails to do it. The chip-maker has confirmed today that it’s powering Volvo’s new Android-based infotainment system that the Swedish automaker will be deploying on future vehicles.

Specifically, Intel said today, it’s an Atom automotive SoC (System-on-Chip) that’s at the heart of Volvo’s next-generation Sensus system. Set to show up in dealerships in the next couple of years, it will be based on Android with a custom Volvo skin on top. Google Maps will be preloaded, along with the Google Assistant; each will work standalone, without requiring a connected smartphone.

There’ll also be Google Play Store access, for downloading more apps. Intel’s contribution is a new chipset on which that all runs, which will be shown off at Google I/O 2018 this week in a prototype Volvo XC40 crossover. The current XC40 on sale has the automaker’s existing Sensus system, not the new, Android-based version.

While high-tech attention in the automotive industry may be focused on self-driving vehicles right now, there’s still plenty to be done on cars that still have human operators. Getting cars ready for more advanced infotainment systems has in many cases taken automakers by surprise. Indeed, the rise of the smartphone has set car owners expectations for software updates in their vehicles that, in many cases, the designers never planned for. 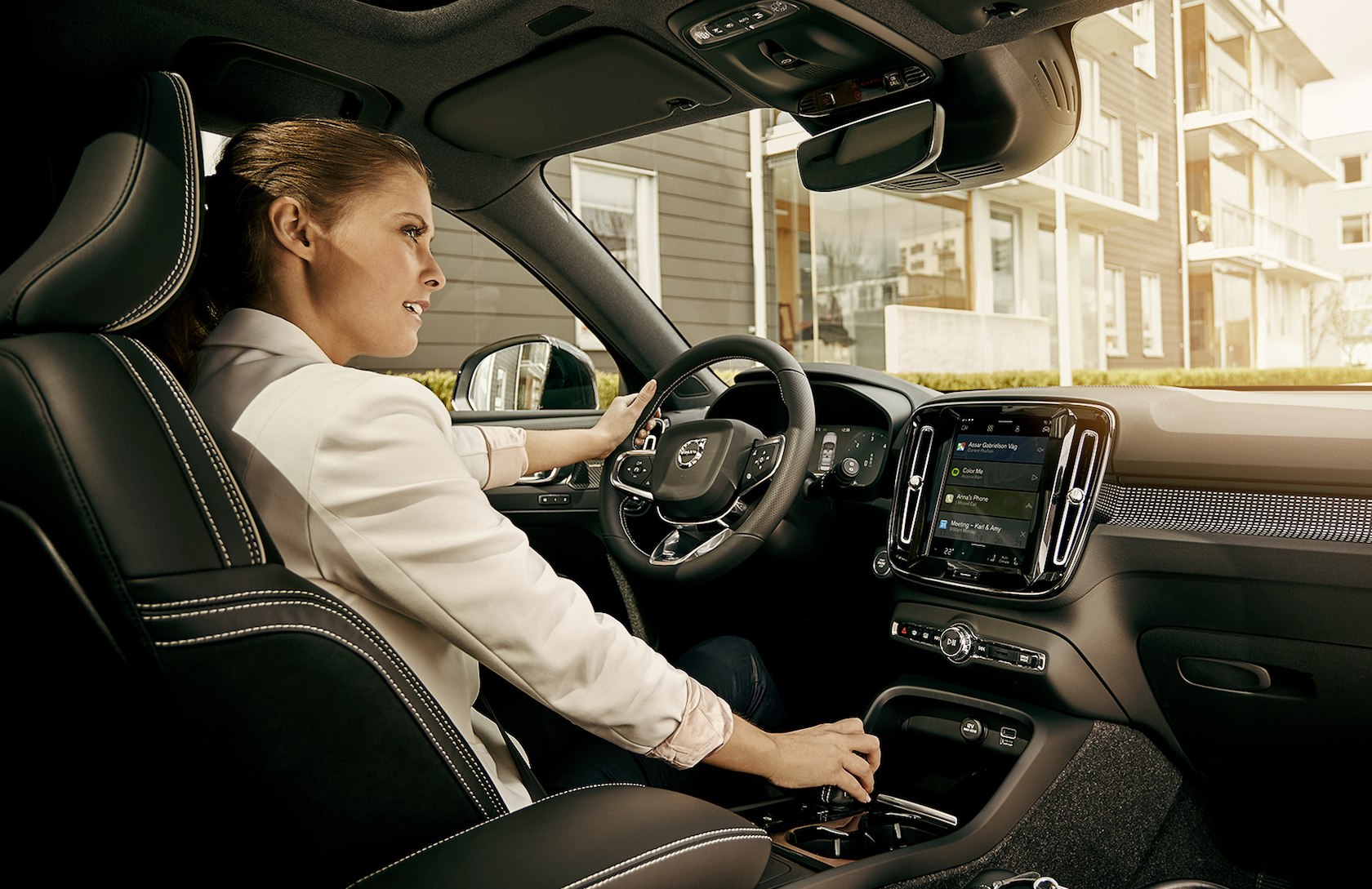 Traditionally, aside from an atypical bug-fix or so, the infotainment system in a car stayed pretty much the same from the day you bought the vehicle to the day you replaced it. As people get used to the idea of smartphones and tablets getting frequent updates, though, the same began to be expected from cars. Problem is, smartphones were designed from the outset with headroom for new features in mind.

Car infotainment systems, meanwhile, were generally built to the lowest possible specification. That meant looking at the current generation of the infotainment platform, and specifying a chipset that was just sufficient to run it. Anything else, so the thinking went, would be a waste of money.

Even if automakers were of a mind to upgrade to new versions – rather than just try to sell you a completely new car – it meant the hardware simply wasn’t up to handling it. That’s gradually been changing over the past couple of years, as new vehicles get onboard with the idea of progressive updates. Still, because of the much slower refresh cycle for cars compared to phones, it’s taken a while to get to this point.

Intel’s argument is that the time for homegrown, proprietary software for car dashboards is over. “With Android running on Intel Atom automotive SoCs, automakers get optimized processing, the latest software versions and security features,” the chip-maker said today.

For Intel, it’s an opportunity to spread its wings beyond laptops, desktops, and data centers. That’s something the company attempted to do with Atom for smartphones, but the chips failed to gain traction in the face of ARM-based rivals. Only in the past couple of years, in fact, has Intel managed to squeeze into handsets like the iPhone, only with its cellular radios not its processors.

It arrives to the car space to find ARM-based competition already there, mind. Qualcomm’s automotive-spec Snapdragon already has a few wins under its belt, as does NVIDIA’s Tegra. We’re expecting to see Intel lean more heavily on the idea of its chips being ideal for the sort of edge computing that increasingly technologically-advanced cars are going to be expected to do. Even if the vehicles aren’t driving themselves, they may well be feeding mapping and road use information gathered from their own sensors into the cloud, interacting with other cars using V2V and V2I, and generally crunching a whole lot more onboard data than has been asked of transit ever before.