Intel Joule is the tiny Maker module for the IoT

Intel has a new embedded microprocessor, Intel Joule, for Makers looking to squeeze a full PC into everything from smart glasses through to smart home gadgets, complete with RealSense. As well as a processor, storage, and connectivity, Joule can be hooked up to a RealSense camera array for depth-sensing and motion tracking.

To demonstrate just what you can do with an embedded computer like Joule, Intel brought out a set of PivotHead’s special safety glasses which are intended to make construction of things like jets safer and more efficient. The glasses have a camera, powered by Joule, which tracks whether screws are in the correct places and of the correct size: if they’re not, an audio warning is played to the technician wearing them. 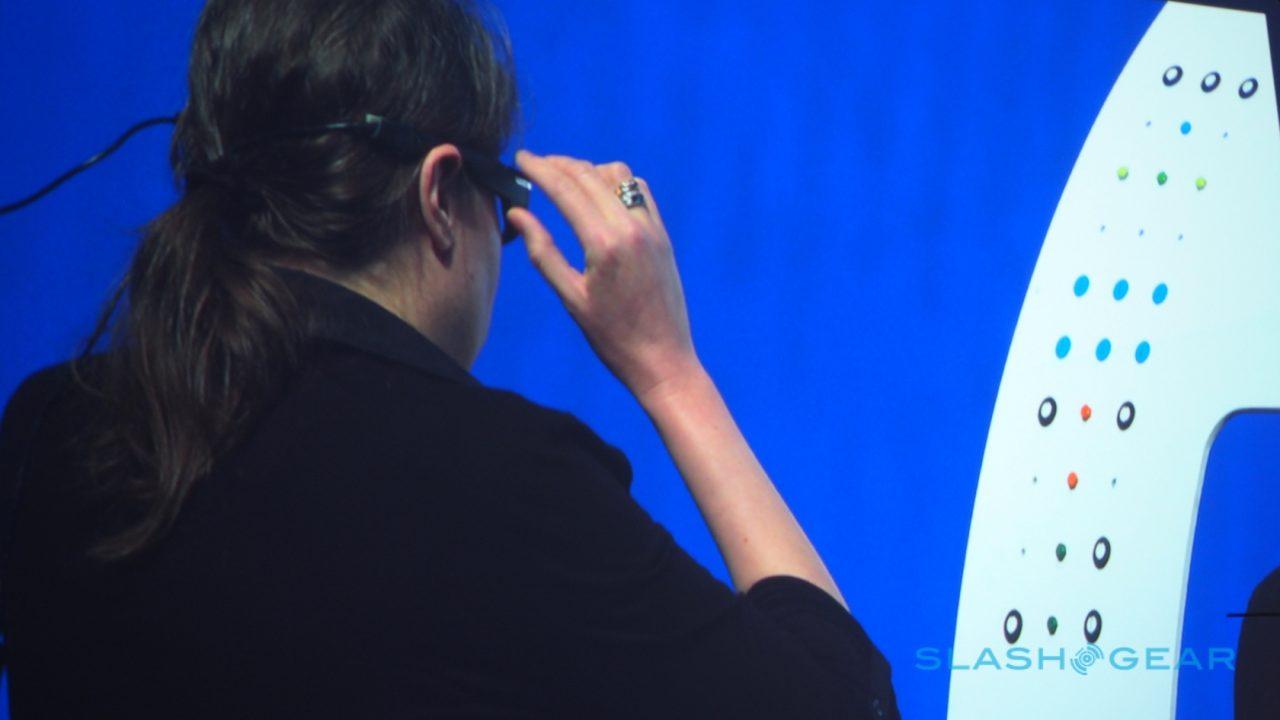 The idea is, Intel says, to make it effectively transparent to the user – until something helpful can be added. There’s no visible interface, no augmented reality overlays projected into the lenses; instead, the glasses watch silently until an alert needs to be made. The glasses can also trigger a VoIP call with a remote expert for further assistance.

They’ve caught the attention of Airbus, too, which is looking at how it can use the Joule-powered system in its production facilities. 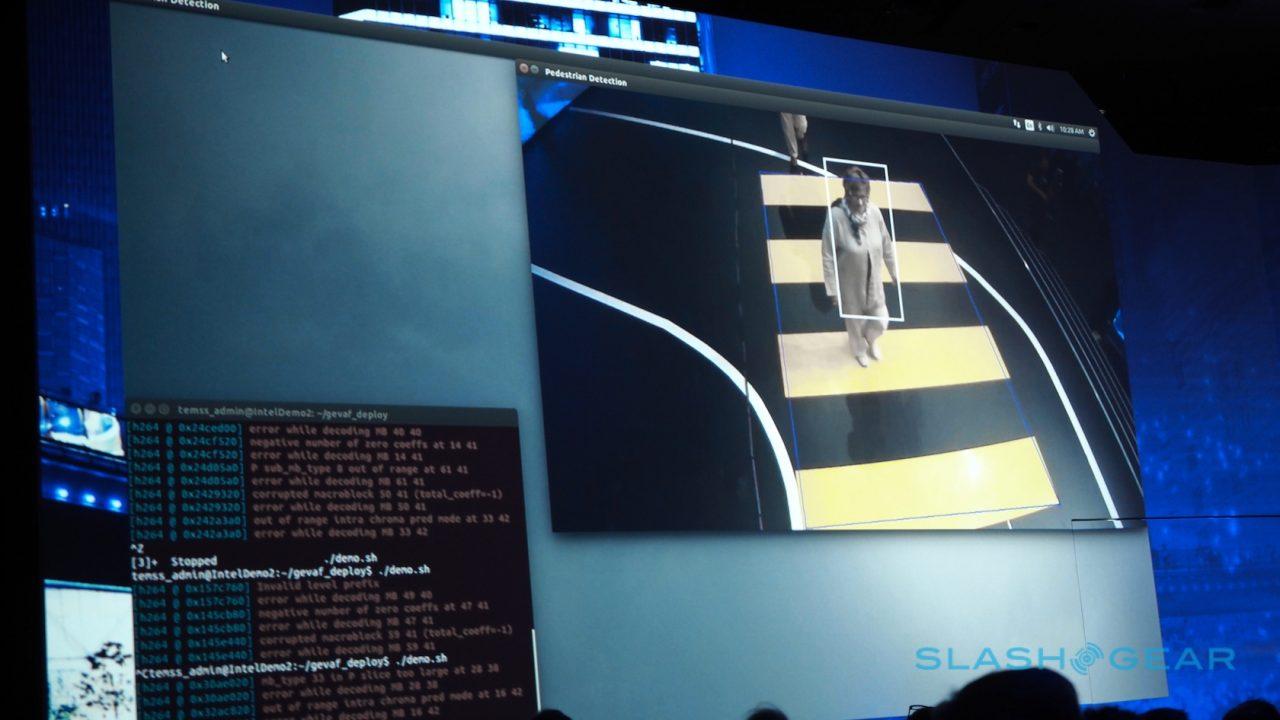 Indeed, the technology has caught the attention of GE, who is using Intel’s embedded compute for its Current smart city lighting. By fitting cameras and processing into light posts, the system can track whether road crossings are being used, identify empty parking spots, and classify different types of road use.

That data could be essential for autonomous cars, Intel suggests, helping guide such vehicles to empty spots in the city as they wait for another occupant.

Much of Intel’s talk at its IDF 2016 developer conference in San Francisco, CA today has been around making full computers smaller and more readily integrated into other platforms. For instance, the chip company previewed an upcoming turnkey drone reference design, built around its $399 Aero ‘board, which includes RealSense for obstacle avoidance along with LTE connectivity for real-time video streaming. 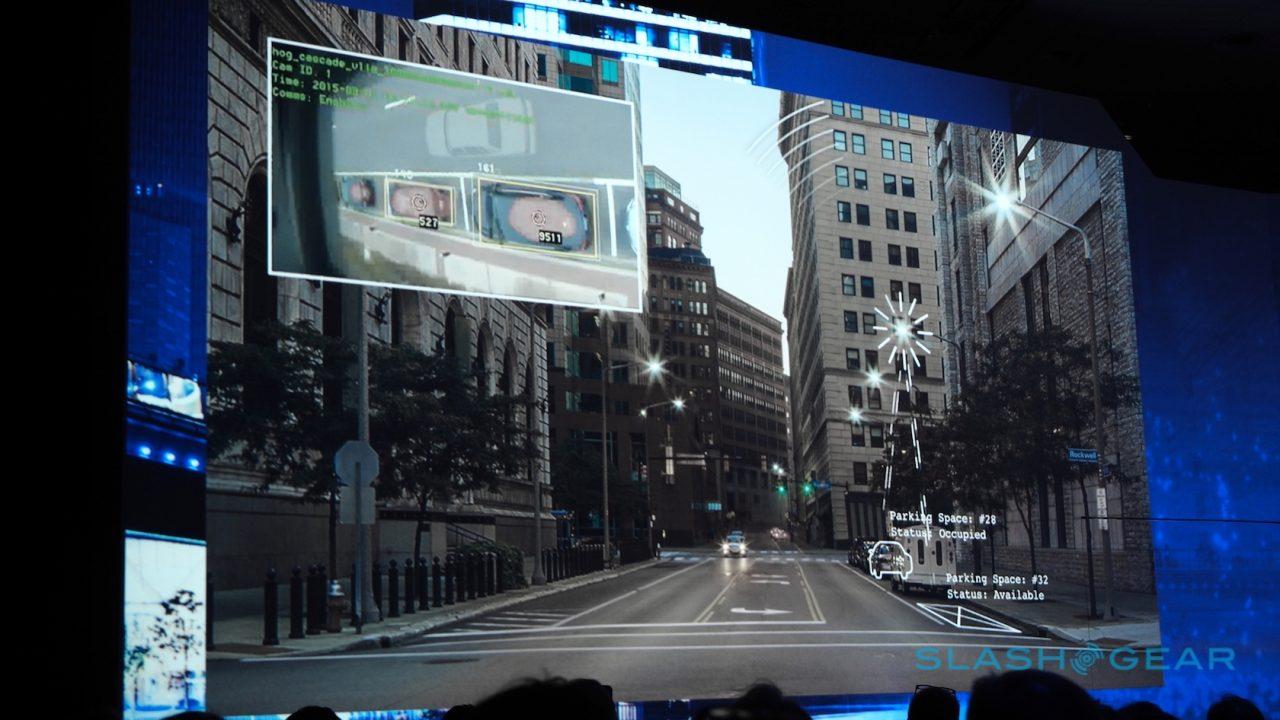 Euclid, meanwhile, does much the same as Aero does but on the ground, fitting an Atom processor, storage, memory, wireless connectivity, a battery, and a RealSense camera into a device roughly the size of an old-school USB webcam. Intel predicts it’ll end up the heart of many a DIY robotics project, complete with a simplistic drag-and-drop programming UI that lives in the browser.

Finally, there’s Intel’s own Project Alloy “mixed reality” headset, a completely self-contained computer and VR wearable. The plans for making that will be released as open-source in the latter half of 2017. 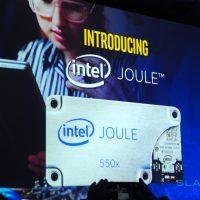 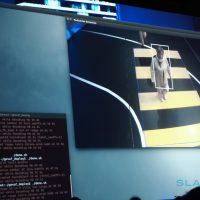 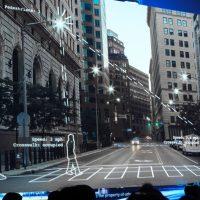 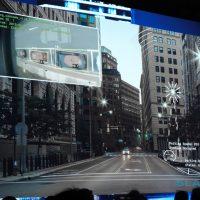 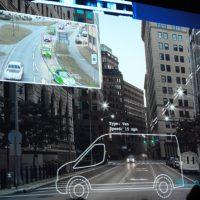 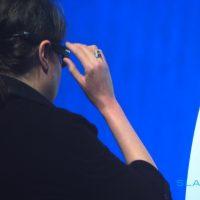 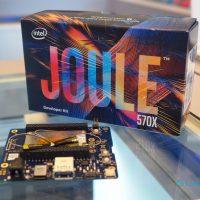 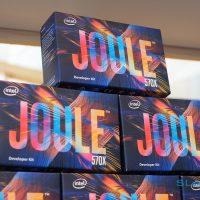 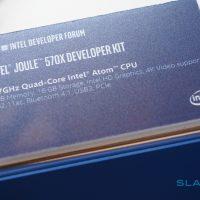 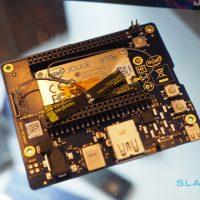