Intel love whipping out low-power ultramobile devices, since they know that they – like the Dell Inspiron DUO – get all the attention at shows like IDF 2010.  On stage today they’ve had a fair few to play with, too; Aava’s smartphone got a brief flaunting, together with a gaming-centric handheld and a few different slates (as well as Neofonie’s WeTab).

Many of them – the AAVA phone included – run the Atom Z6xx series processor, formerly known as Moorestown.  As ever, Intel were keen to point out the CPU’s much-reduced thermal output and idle power consumption compared to previous-gen Atoms: more than 50x less idle power, 20x less audio power, and 2-3x reductions in browsing and video playback power consumption.

Others use Oak Trail based CPUs, basically Moorestown with Windows support, such as the gaming handheld; that actually runs Windows 7, despite the small size.  As for when we might see commercial products using the various chips, Intel says it’s on-track with its smartphone plans. 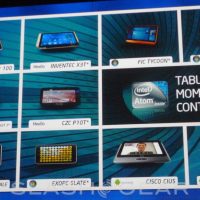 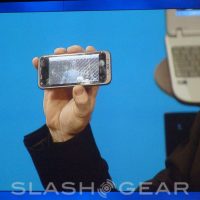 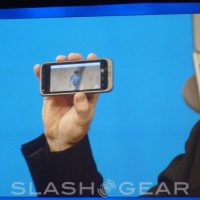 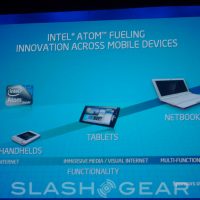 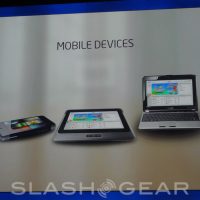 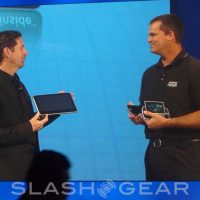 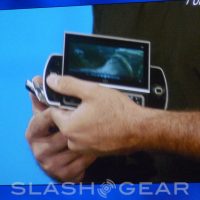 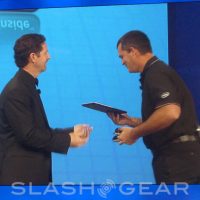