Neofonie’s WeTab has once again cropped up in an Intel presentation, this time at IFD 2010 where the company has confirmed it will go on sale on Tuesday September 21st.  The 11.6-inch slate will run MeeGo 1.0, with a custom UI adapted for finger usability.

Update: Video demo after the cut

It does seem more than a little ironic that the only sighting of MeeGo today is in San Francisco with Intel, whereas Nokia apparently made a conscious decision not to bring it to Nokia World.  We’ve got video processing of the WeTab demo, and will add that in as soon as it’s ready. 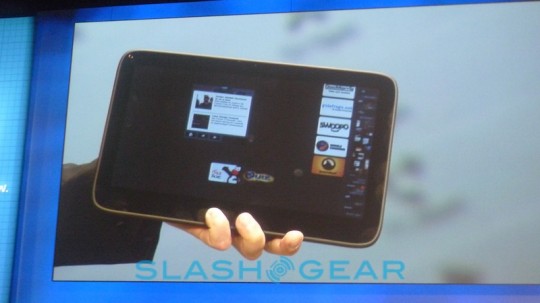