In this glowing exoplanet forge, a moon’s birth caught for the first time

The birth of a distant, alien moon has been spotted by astronomers, the first time what’s still a little-understood phenomenon has been observed. Although moons – like our own – are not rare, actual opportunities to watch as they, and planets, form have proved elusive.

That hasn’t stopped theories from developing, though the chance to actually compare them to what happens in reality has been rare. That’s changing now, thanks to new observations of exoplanet PDS 70c – a huge, Jupiter-like planet nearly 400 light-years away from Earth – with the Atacama Large Millimetre/submillimeter Array (ALMA).

The ALMA is not just one radio telescope, but in fact 66 of them, spread across the Atacama Desert in northern Chile. With it, scientists can peer into the universe on the millimeter and submilimeter wavelengths of the electromagnetic spectrum. The result is spatial resolution five times better than that of the Hubble Space Telescope. 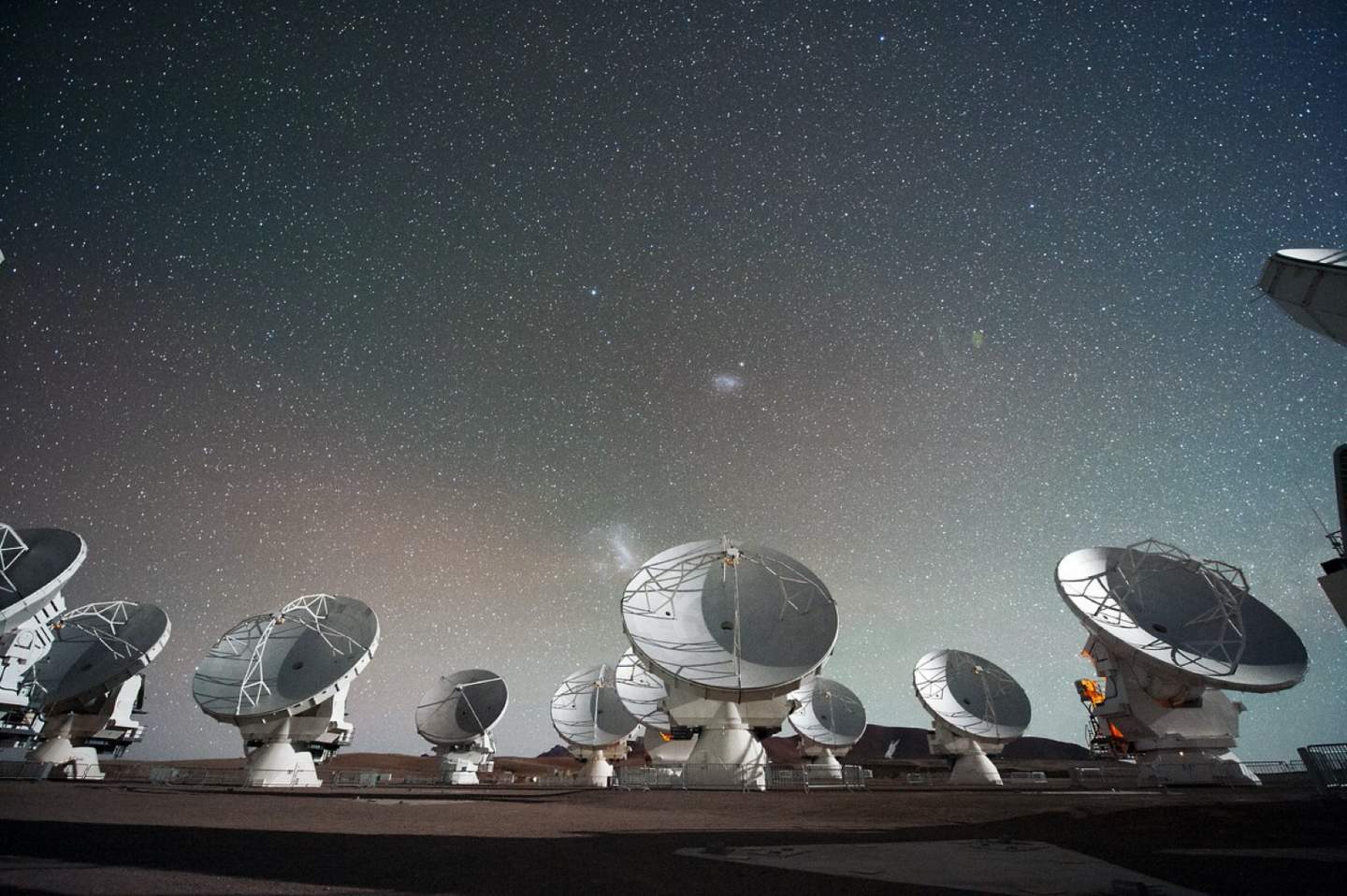 What the instrument can capture in action, though, depends on what’s actually happening out in the universe. Astronomers had spotted what looked like a moon-forming disc around PDS 70c before, but struggled to distinguish the disc from the environment around it. Now, with ALMA, they’ve overcome that hurdle.

“Our work presents a clear detection of a disc in which satellites could be forming,” Myriam Benisty, lead author of the new study and a researcher at the University of Grenoble, France, and at the University of Chile, said of the findings. “Our ALMA observations were obtained at such exquisite resolution that we could clearly identify that the disc is associated with the planet and we are able to constrain its size for the first time.”

The disc has roughly the same diameter as the distance from our Sun to the Earth. It comprises sufficient mass, meanwhile, to make three satellites the size of our own Moon. PDS 70c is adjacent to PDS 70b, another exoplanet first spotted in 2018. Earlier this year, Hubble was able to track PDS 70b as it feasted on gas and dust to build its own mass.

At the same time, though, circumplanetary discs – formed around planets like PDS 70b and PDS 70c as they gather up dust and gas in the immediate vicinity – also collate into progressively larger bodies. These eventually become moons.

That, at least, is the broad theory: the details are still in short supply. 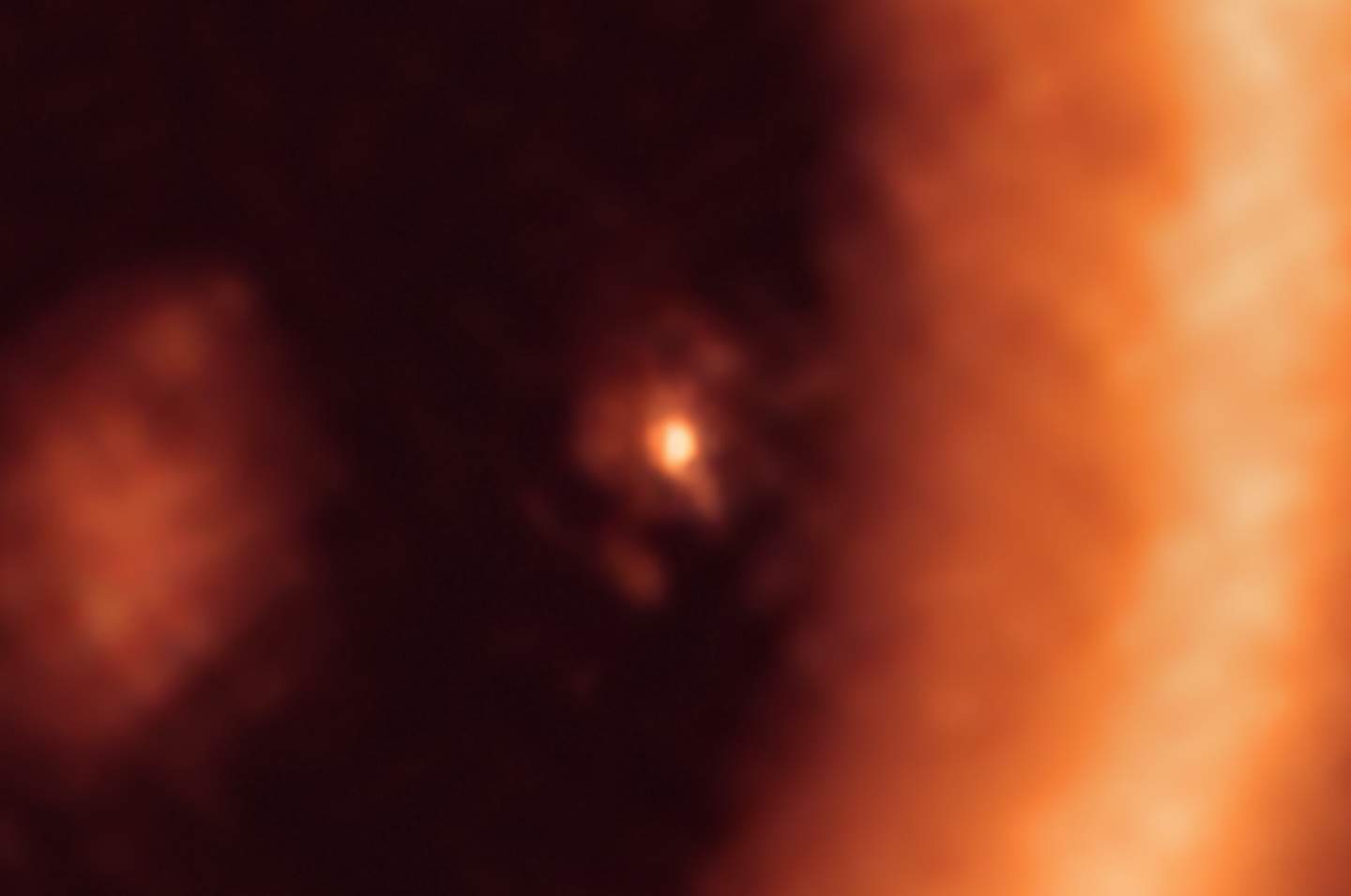 “More than 4000 exoplanets have been found until now, but all of them were detected in mature systems,” Miriam Keppler, researcher at the Max Planck Institute for Astronomy in Germany and one of the co-authors of the study, explains. “PDS 70b and PDS 70c, which form a system reminiscent of the Jupiter-Saturn pair, are the only two exoplanets detected so far that are still in the process of being formed.”

Interestingly, ALMA’s new observations suggest that PDS 70b isn’t surrounded by the same circumplanetary disc, and so may not form moons in the same manner. It’s theorized that PDS 70c has actually been hogging the dust and gas materials. Future investigation – including using the new ESO Extremely Large Telescope, still a work-in-progress but designed to deliver much greater resolution – should help illuminate just how gas motions surrounding PDS 70c are at play.