The Hubble Space Telescope is watching an exoplanet called PDS 70b as it gathers mass in its distant star system. NASA says that the exoplanet is gathering gas and dust slowly as the world builds mass over millions of years. Researchers have been able to use Hubble to directly measure the mass growth rate of PDS 70b for the first time using the space telescope’s ultraviolet sensitivity to capture radiation created by extremely hot gas falling onto the planet.

The exoplanet is a massive Jupiter-sized world that orbits its star at approximately the same distance that Uranus orbits the Sun. PDS 70b moves through a mass of gas and dust as it orbits its star, and astronomers say the planet began to form about 5 million years ago. They believe it may be near the end of its formation process.

Observing the planet provides astronomers a new way to study planet formation. They believe the planet could help other astronomers to learn about how gas giants form in remote solar systems. Currently, scientists don’t know much about how gas giant planets form. The planetary system is giving an opportunity to witness material falling onto a planet and opens up a new area for research into this type of planet. 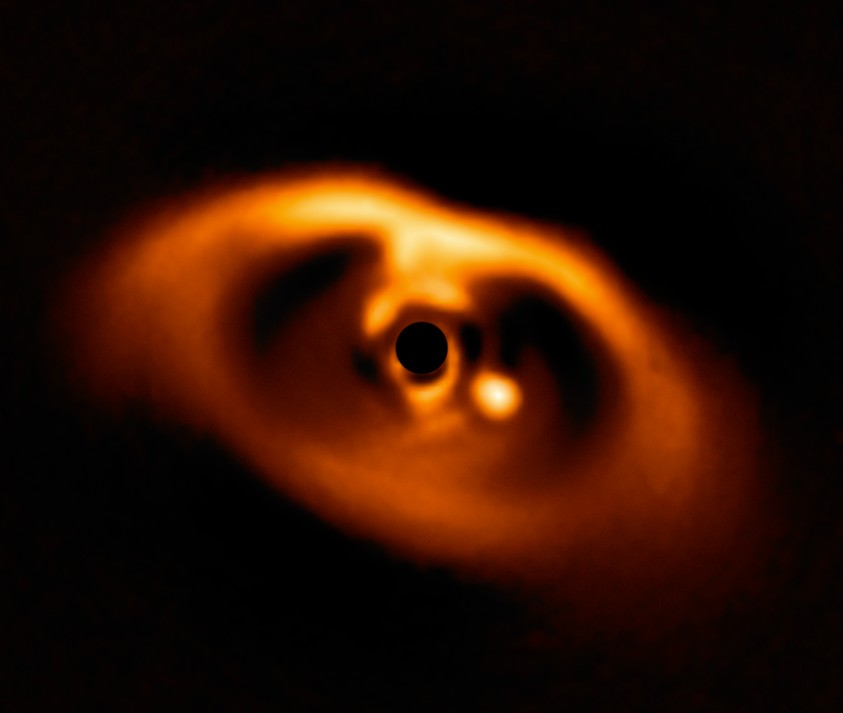 The team used a new technique via Hubble to directly image PDS 70b, opening a new route for future exoplanet research. PDS 70b orbits an orange dwarf star called PDS 70, known to have two actively forming planets inside a massive disc of dust and gas surrounding the star. The system is about 370 light-years from Earth in the constellation Centaurus.