iMessage is down for iPhone users inside USA – how about you?

This afternoon Apple’s iMessage platform has had some trouble staying active across the United States. While most reported outage areas seem relegated to the United States in heavily populated areas like Los Angeles, Detroit, and New York City, we’ve also seen reports overseas. Most reports of outage with iMessage outside of the USA seem set in or around the UK and Europe.

Generally when iMessage is not working properly, the problem lies within Apple’s cloud services. Once Apple takes care of a problem with their servers, the problem (most of the time) goes away. In this case, it would appear that the problem will be going away in short order.

According to DownDetector, problems reported reached a height of 1300+ at once at just about 20 minutes before this article will be published, at nearly 4PM CST. Closer to the hour we’re seeing reported problems drop to less than 200. 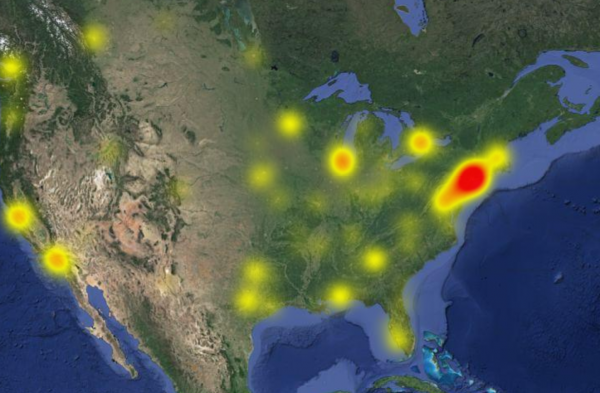 It would seem that iMessage has been having issues since 3:20 PM EDT, persisting through 3:55 PM EDT at least. If you’re one of those affected, please feel free to let us know along with what time you noticed and where you’re located (City and Country, that is.) Apple has not made comment on this issue at this time.