Apple has revealed its biggest iMac update in years, with the M1 chipset ousting Intel, an incredibly thin design, and a 24-inch 4.5K Retina display along with an array of colors. Up for preorder now, we can walk you through the multiple options from the base 2021 24-inch iMac at $1,299, all the way up to the most powerful all-in-one Mac.

Cheapest of the new range is the $1,299 iMac. It has a version of the M1 chipset with an 8-core CPU and a 7-core GPU, paired with 8GB of unified memory. That’s shared between CPU and GPU, and as we’ve seen before it can pack a bigger punch than you might expect from x86-based PCs and their RAM. If you want, you can upgrade to 16GB instead. 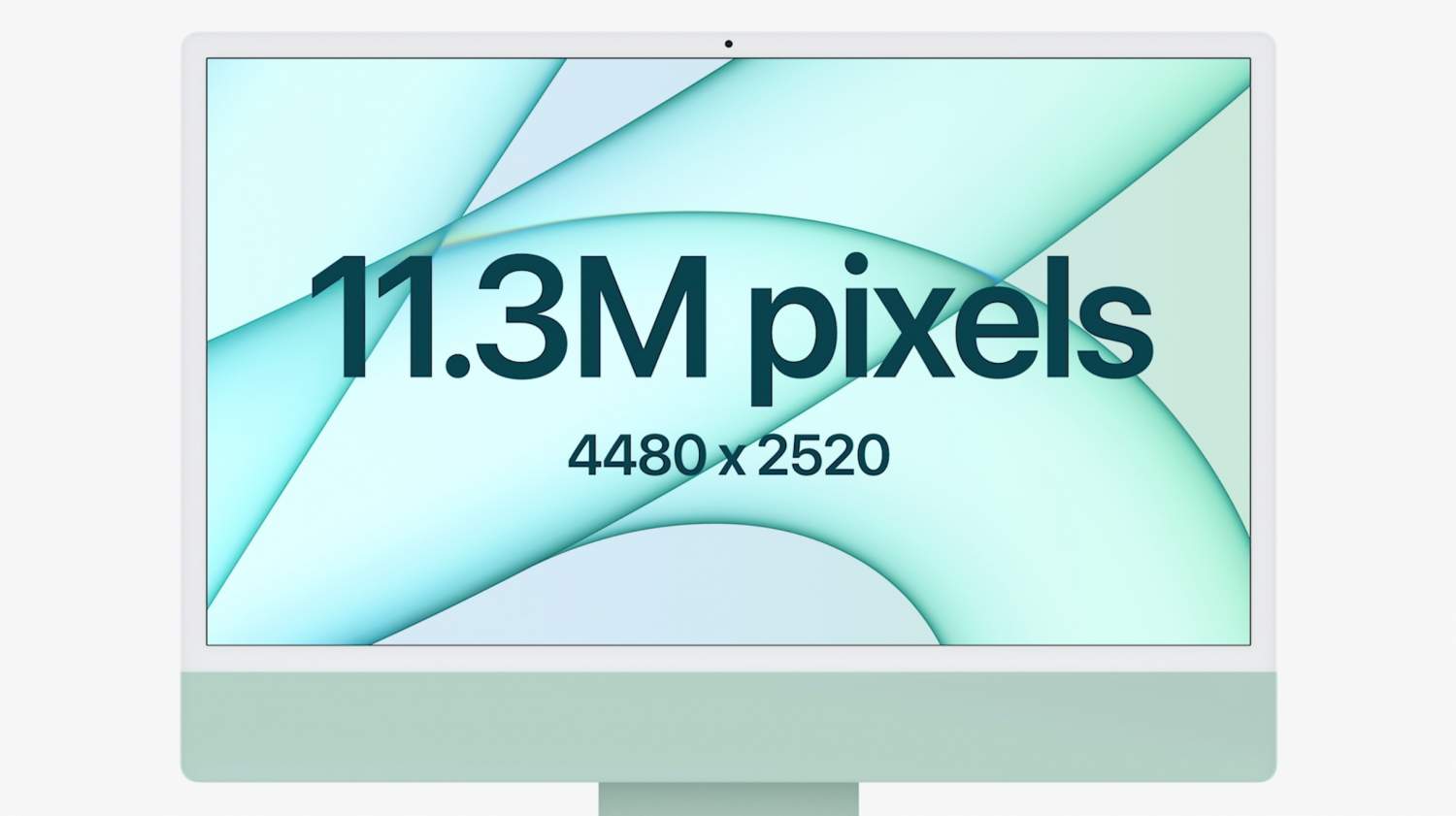 There’s 256GB of storage inside, upgradable to 512GB or 1TB, while on the front you get the new 24-inch 4.5K Retina display. Connectivity includes two Thunderbolt / USB 4 ports (USB Type-C) – capable of driving a single external display at up to 6K resolution at 60Hz – and a 3.5mm headphone jack.

On the wireless side, there’s WiFi 6 802.11ax and Bluetooth 5.0. The power brick is separate, with a magnetic connector to the back of the iMac itself. Gigabit ethernet is optional. 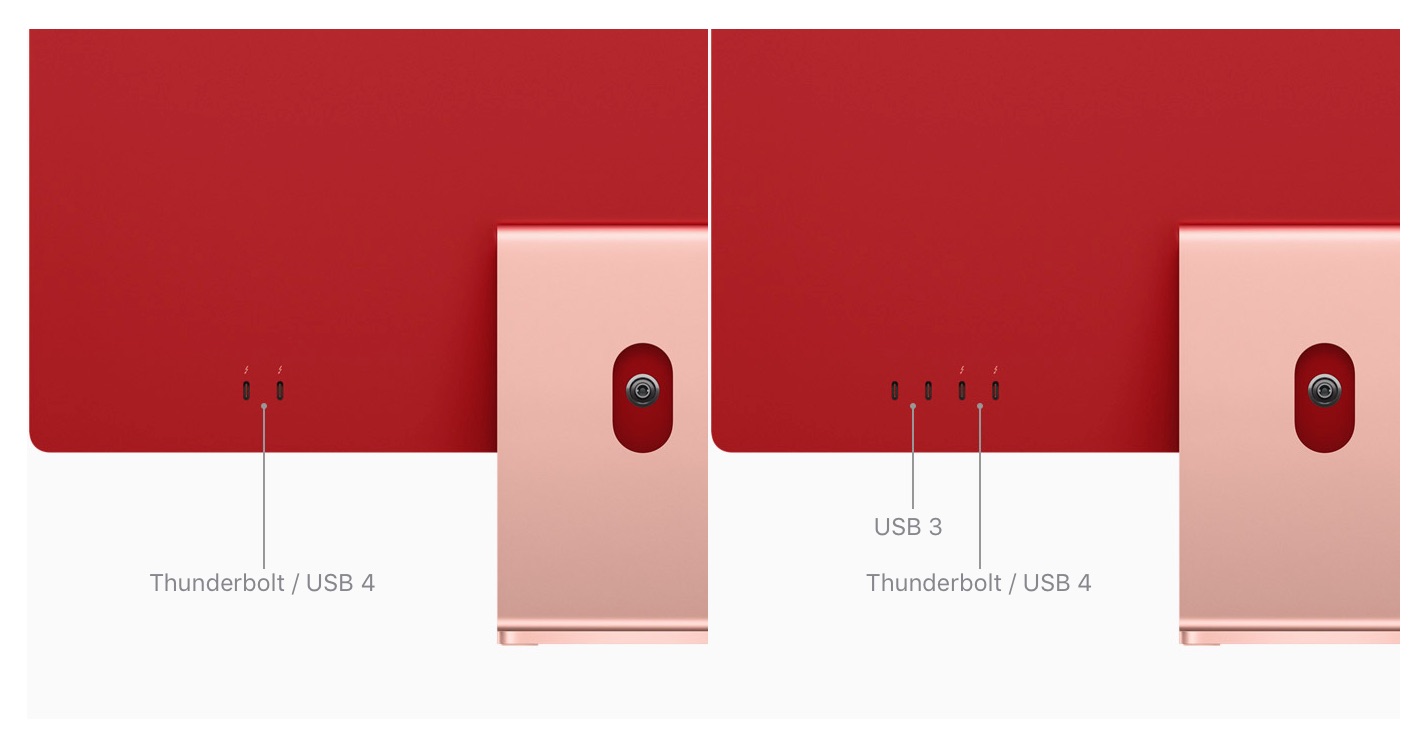 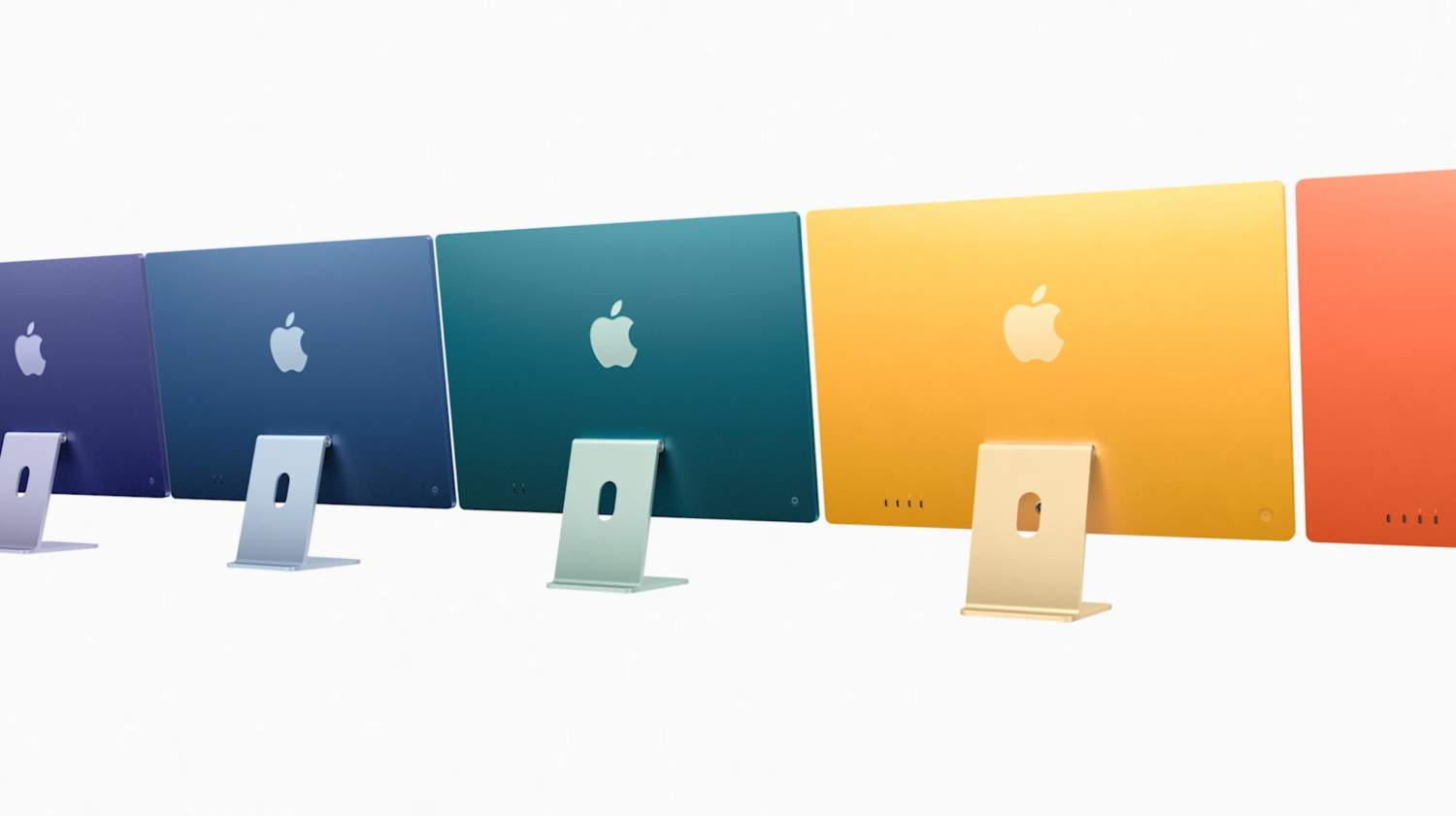 Options include 1TB or 2TB of storage. The display is the same 4.5K Retina panel, and you get the same two Thunderbolt / USB 4 ports and headphone jack. However these iMac versions have two USB 3 ports as well (also USB Type-C) and the power adapter has a built-in gigabit Ethernet port. 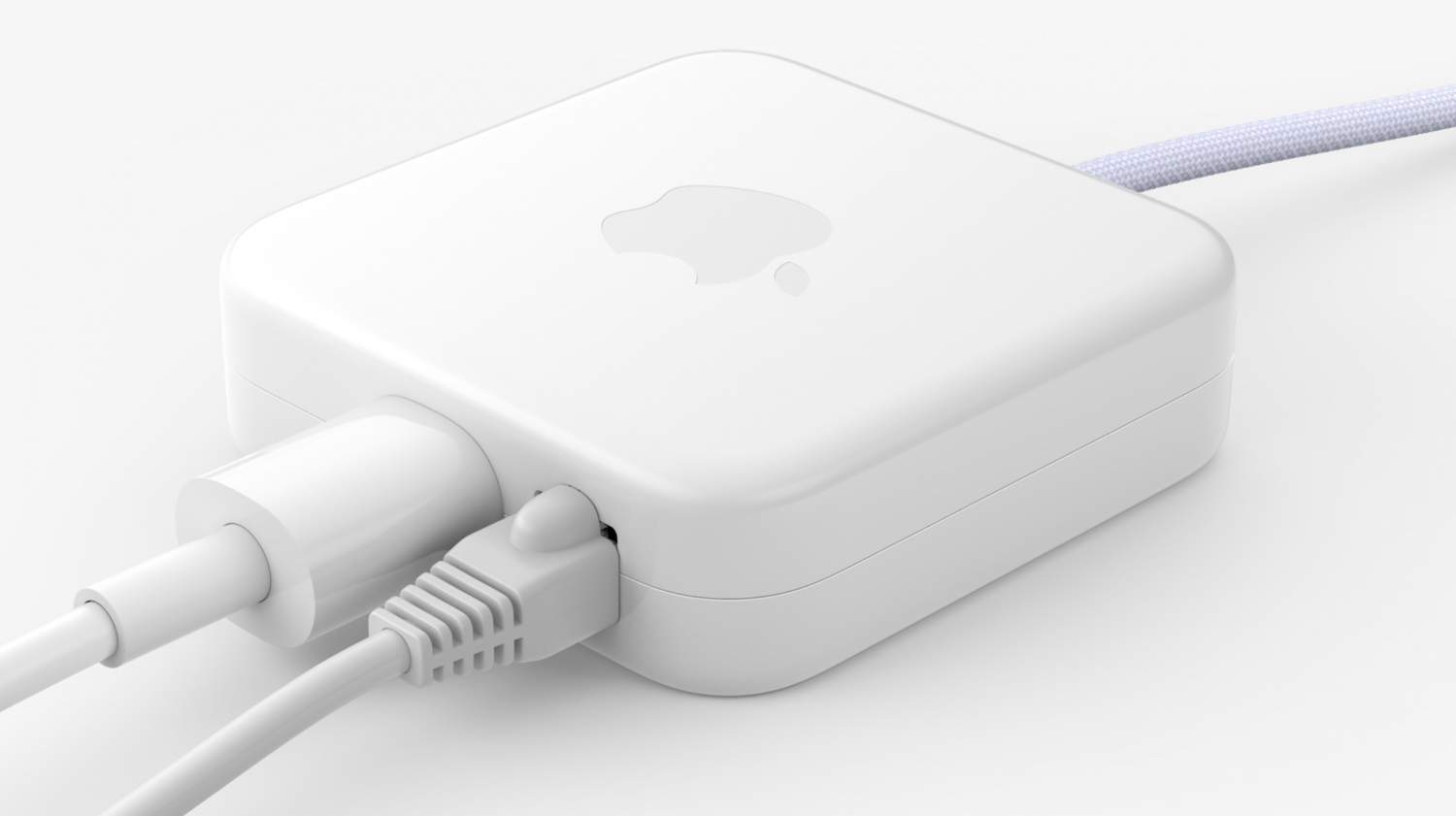 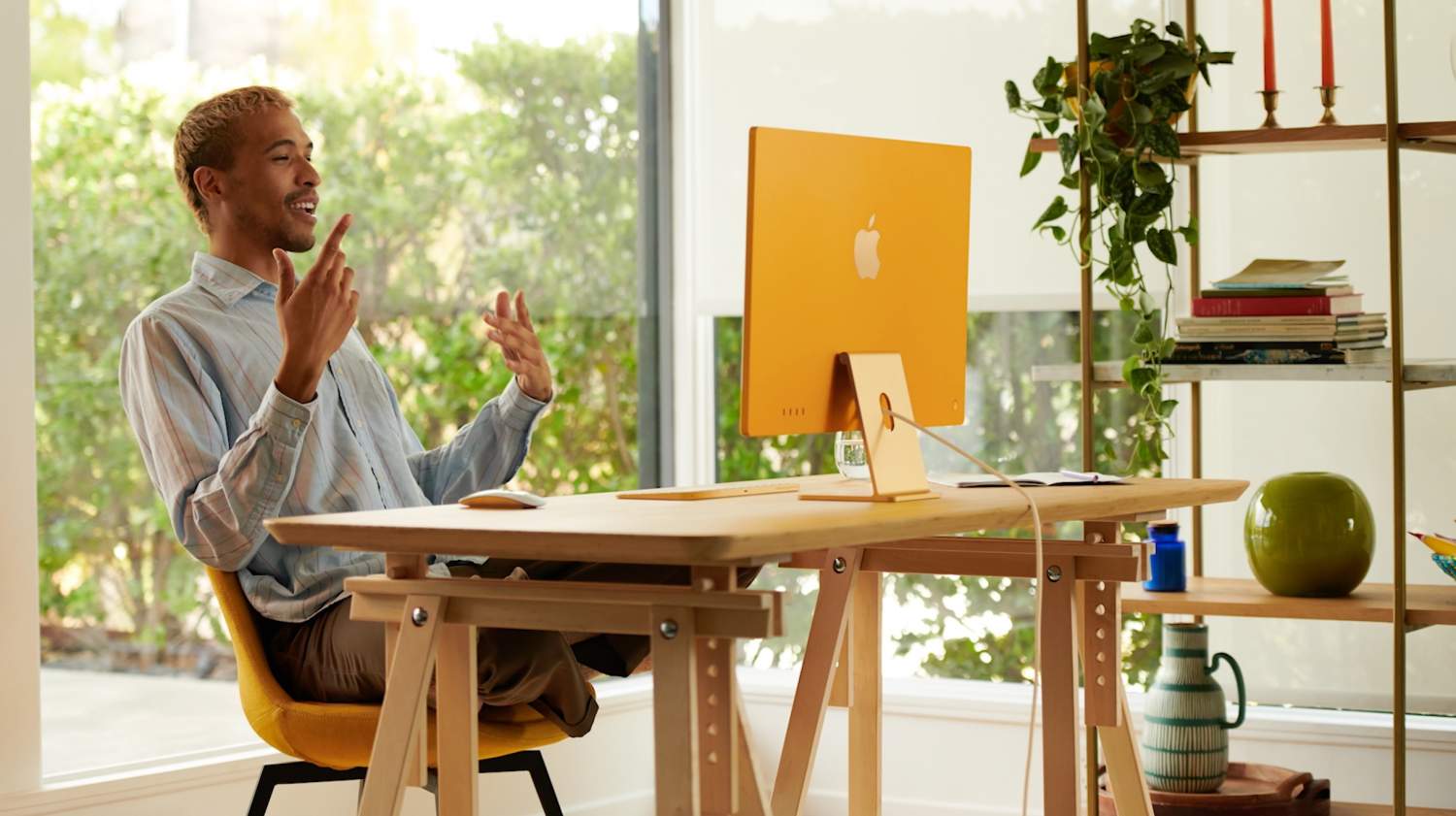 Finally, these iMac come in the full range of colors. That means blue, green, pink, silver, yellow, orange, and purple.

Where the regular iMac – like its predecessors – has a fixed, tilting stand on the back, Apple will also have a special version for those wanting to use a bracket or arm of their own. The 24-inch iMac with built-in VESA mount adapter is, as the name suggests, the same big, flat screen, but instead of a stand there’s the 4-screw VESA plate on the rear.

Apple will offer all three of the same configurations with the VESA option, for the same three prices. That means $1,299 for the entry-level, and then $1,499 and $1,699 for the mid- and high-spec versions of iMac. The color choices are the same, too.

All six configurations – stand and VESA – will go on sale April 30, Apple says. They’ll ship sometime in the second half May 2021.