The team behind the Android-powered i’m watch have returned with i’m circle, a modular wireless, multi-device, single processor system intended to offer ubiquitous data access across a variety of platforms. Hub of the system is “i’m core”, a matchbox-scale 45 x 45 mm clip on processing unit packing a quadcore chipset; running Android 4.0 Ice Cream Sandwich, it will connect wirelessly with multiple peripherals including a smartphone-scale touchscreen, a tablet, a 21-inch desktop display and more.

In fact, the company has four peripheral ideas at the moment, with the possibility of more in the pipeline. “i’m screen” turns the system into a 4.27-inch smartphone measuring 125 x 55 mm, albeit one where the components are split between two devices, and packing an accelerometer and magnetometer. For times when you want a larger desktop, there’s “i’m view”, a 10.1-inch tablet-scale slate.

“i’m vision” is the desktop equivalent, putting Ice Cream Sandwich on 21-inches of touchscreen real-estate – though supposedly only 10mm thick – with an inductive charger base that can rejuice the “i’m core”, “i’m screen” and “i’m view.” The smartphone screen can also be used as a wireless trackpad with the display, with the tablet turning into a QWERTY keyboard.

Finally, the “i’m cinema” will both bridge the core unit with an HDTV – for times when 21-inches just isn’t enough – as well as working as an inductive charger for it. Seven color options will be available, and the various components can send voice, video and text messages and make use of a “high speed connection protocol property” that’s technically unspecified.

Availability is ambitiously pegged for late 2012, with no word on pricing at this stage and little in the way of hardware details. The modular computing idea is one which has resurfaced numerous times over the past few years, but problems with battery life, sufficiently speedy wireless links and overall cost have always made it infeasible. Whether the i’m circle team can beat the odds remains to be seen. 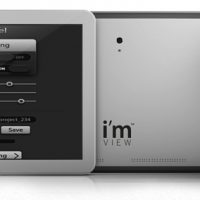 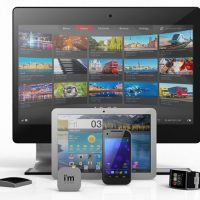 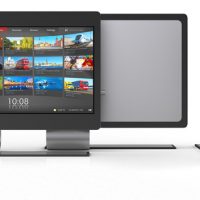 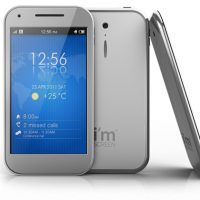 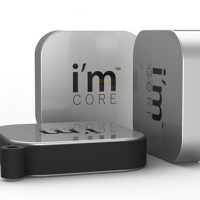 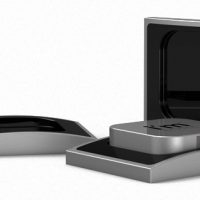