Turns out, we can’t be trusted to use high-tech car assistance tech safely

Advanced driver assistance systems that help drivers stay in lane and keep pace with highway traffic also lead to a big uptick in driver disengagement, a new study by IIHS concludes, as users get complacent about just what the tech can and can’t do. It’s likely to be another controversial addition to the arguments between safety regulators and automakers, over just how safe so-called Level 2 systems can be.

Currently, as judged by the SAE scale of autonomous driving, there are only Level 2 systems on the market at best. That is, vehicles that can support some of the driving tasks – such as keeping the vehicle centered in its lane, and maintaining pace with traffic – but which require constant supervision from the human driver nonetheless.

The new study, carried out by the Insurance Institute for Highway Safety (IIHS) and the Massachusetts Institute of Technology’s AgeLab, tested two systems. Ten drivers used a Range Rover Evoque fitted with adaptive cruise control for a month. That’s able to keep pace with traffic in front, adjusting speed to maintain the driver-set distance between the vehicles, though the driver themselves must keep the SUV positioned in the lane.

Another ten drivers used a Volvo S90, with the automaker’s Pilot Assist system. That combines adaptive cruise control with lane-keeping: the sedan not only maintains the distance between the vehicle ahead, but holds its centered position within the current lane. It relies on regular torque applied to the steering wheel in order to confirm that the driver is still engaged. 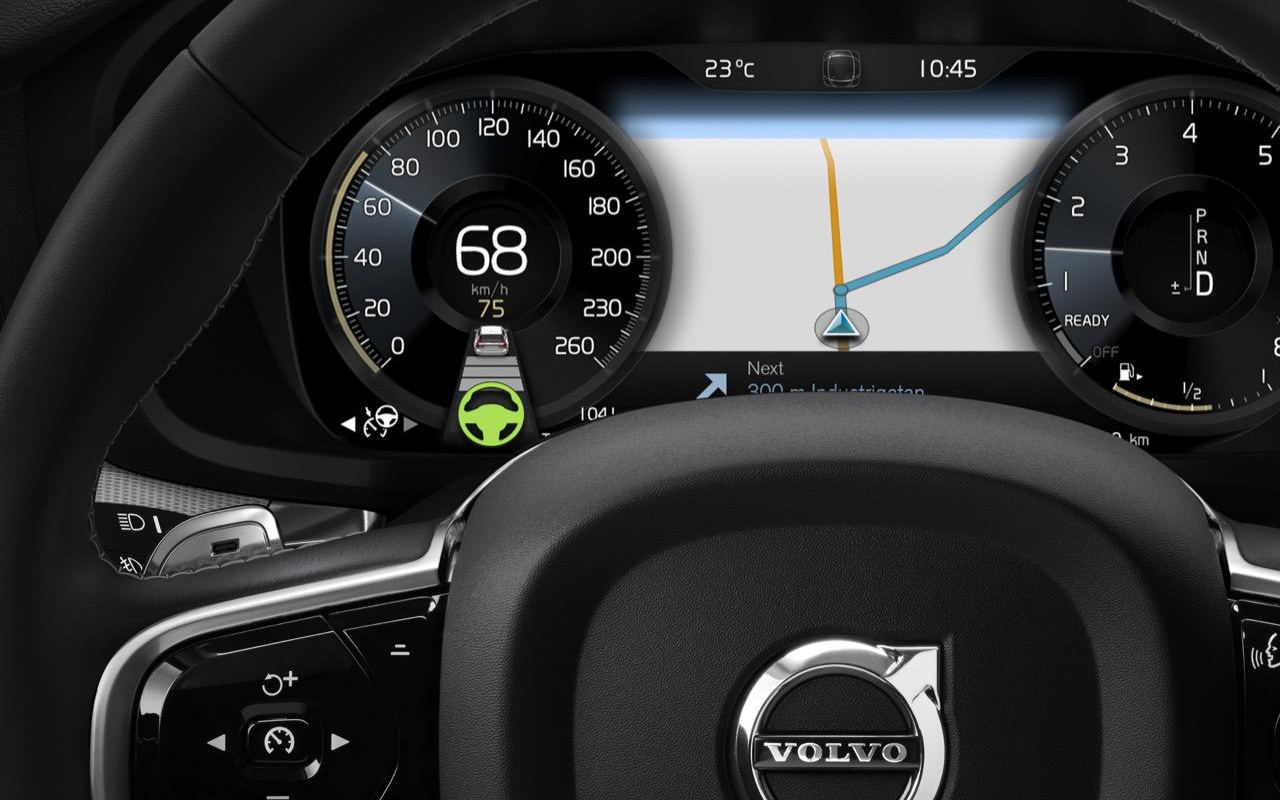 The goal was to see whether increased familiarity with the systems contributed to a reduction in focus from the driver. “When the drivers first received the vehicles, there was little or no difference in how frequently they showed signs of disengagement, whether they were driving manually, using ACC or using Pilot Assist,” IIHS says. “After a month, however, they were substantially more likely to let their focus slip or take their hands off the wheel when using automation, and the impact of Volvo’s Level 2 system was more dramatic than that of ACC alone.”

According to the study, Pilot Assist drivers were more than twice as likely to show signs of disengagement compared to those driving the Evoque. “Compared with driving manually,” Ian Reagan, lead author of the study and IIHS Senior Research Scientist, says, “they were more than 12 times as likely to take both hands off the wheel after they’d gotten used to how the lane centering worked.” 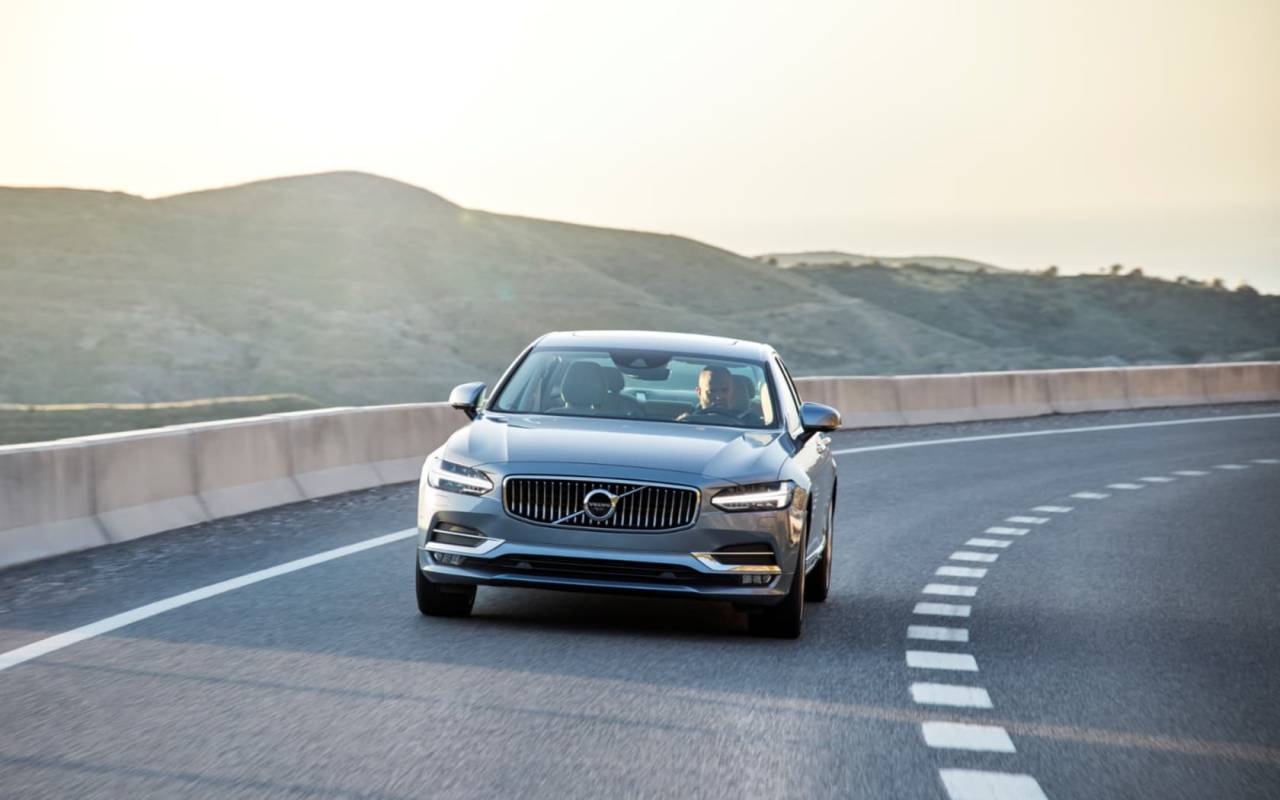 That disparity, of course, is a predictable one. The Range Rover system isn’t designed for lane-keeping: if the human driver isn’t steering, then its adaptive cruise control won’t keep it in the lane. Evoque drivers who used adaptive cruise control often were apparently more likely to pick up or look at their phones when the system was active. However, IIHS says, they did not actually text more, or do other activities which prior research has indicated can raise the risk of a crash.

Pilot Assist, like all such systems, makes clear to the driver that they’re still required to supervise the technology. Volvo does not describe its system as self-driving, and warns that – while it’s best on dry highways with clear lane lines and smooth traffic flow – it’s not capable of dealing with every situation.

“Pilot Assist is unable to read all situations and the function may toggle between off and on without prior warning,” Volvo points out. “If the system discovers that you are not keeping your hands on the steering wheel, a warning will sound and a text message will be shown on the driver display.”

Volvo plans to launch a new version of the system, Highway Pilot, which will take full responsibility on certain types and stretches of road. The ADAS, which will require new hardware that the automaker is building into its upcoming SPA 2 platform, will operate on mapped divided highways, and not require monitoring from a human driver. Vehicles based on the new platform are expected from 2022, though Highway Pilot may only be subsequently activated through a later software update.

Arriving sooner – or in some cases on the market already – are Level 2 systems which rely on eye-tracking rather than whether a driver’s hands are in contact with the wheel. Cadillac’s Super Cruise is set to be joined next year by Ford Active Drive Assist, both using driver-facing cameras to monitor attentiveness. Neither system bills itself as autonomous driving, however, differing from what Volvo offers by the method of engagement measurement alone. 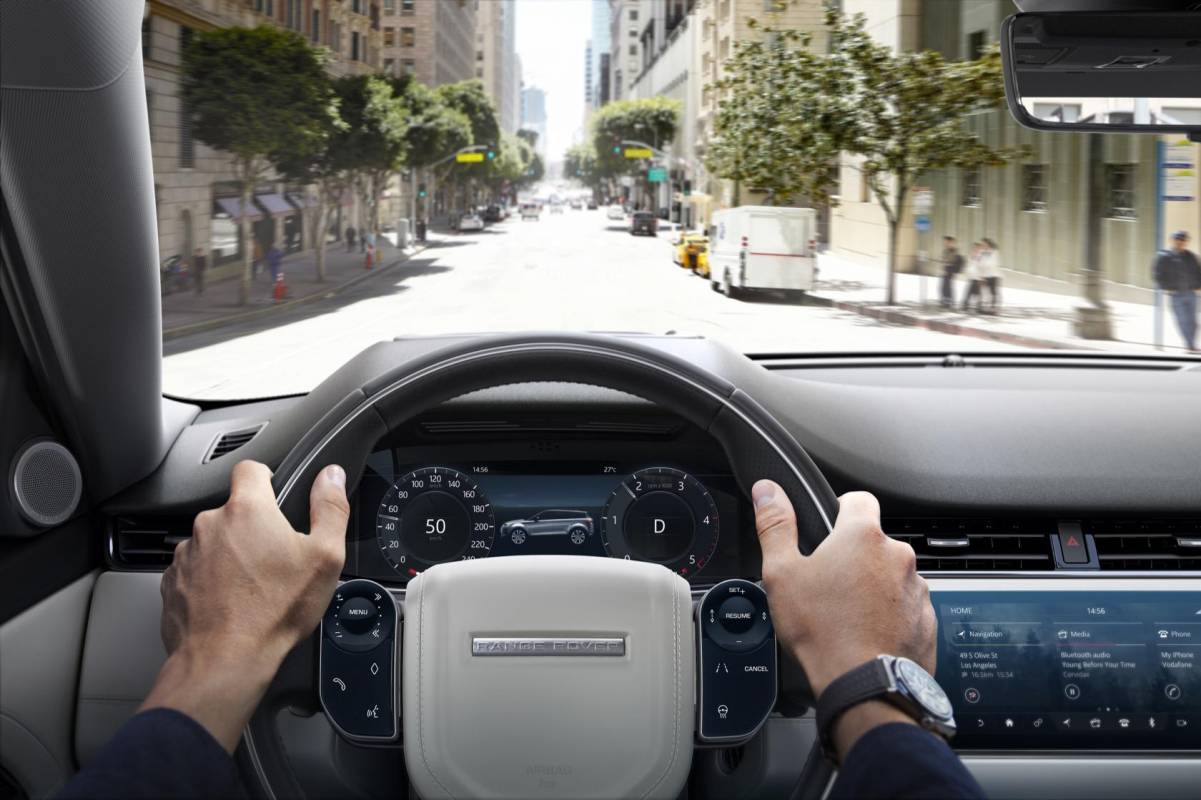 Automakers typically argue that these adaptive cruise control and lane-keeping options help support a human driver, and can as a result improve safety overall. Of course, that also relies on the drivers themselves using the technology as it’s designed to be used. Systems typically shut off if drivers are regularly triggering the lack of engagement alarm.

“Safety is and always will be the number one priority at Volvo Cars,” Russell Datz, Head of Media Relations at Volvo, told SlashGear in a statement. “Pilot Assist is a hands-on-the-wheel, eyes-on-the-road, driver support system specifically designed to have the driver in the loop and engaged at all times, reduce strain in tedious driving situations, and increase safety margins.”

We reached out to Range Rover for comment, but the automaker had no statement at time of publishing. We’ll update this article if that changes.