Before we begin I should warn you that I’ve been rather skeptical in the past that the iPad 2 would ever need another case again, given the utter awesomeness that the Apple-made smart cover had. Because of this, the thought of adding any case that would disallow my ability to use that genius bit of engineering has, up until recently, made me a sad panda. Recently I reviewed a sort of hand-holder for the iPad 2 and it didn’t fare especially well because it made a total mess of the other cases and coverings I was using – this iFrogz Summit case has no such problems working with my 3rd party peripherals. It’s got protection on both sides, a nice leathery feel, and it allows the iPad 2 to stand up on its own – is it time to toss the Smart Cover and move on?

This case is made entirely of polyurethane with a polycarbonate core, and it utilizes magnets, a tiny bit of velcro, and its all held together with some minimal bits of thread making this piece of hardware as well sewn together as it possibly could be, creating for your iPad 2 what might appear at first to be a briefcase folder. 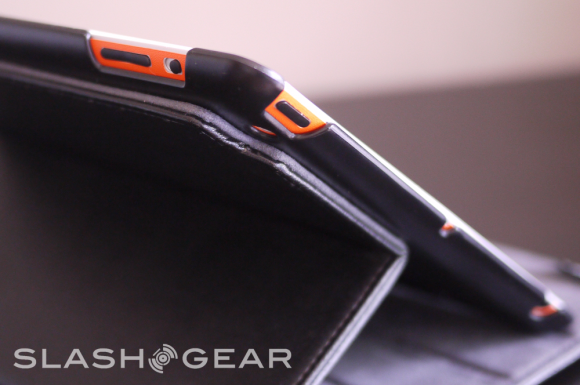 Though I have admitted above that I initially had decided to only work with the Apple-made Smart Cover with this device when I bought it, there are a couple of protective skins on this iPad 2 that I should tell you about. On the back, first, is a StealthArmor covering that’s thick and ready for any sort of harsh action my day to day would throw at it. Also it’s bright orange, so no matter what case I put it in, it’s going to have to work with such a vibrant loud visual noise. Check out my mini-review of the StealthArmor back in April. Next, on the front of the device is a clear Wrapsol skin that I applied back in March. This, I always suspect, will be giving me the most trouble when working with a case that claws the sides of the iPad 2. Was this case to crush my day with application nightmares of yore? 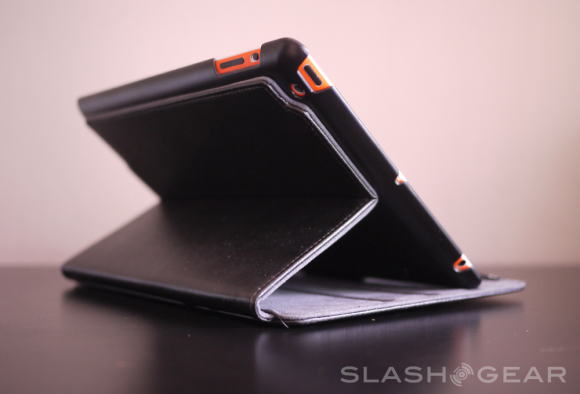 When I removed the Summit case from its simple plastic packaging and attempted to attach it to the iPad 2, I couldn’t believe my eyes. Without even pushing, the device was in place and locked in tight. The Summit case had indeed came up and clawed down the iPad 2, but in such a delicate way that the Wrapsol skin on the front isn’t anywhere near danger of being pulled or pushed off. Same goes for the StealthArmor – not a problem at all. 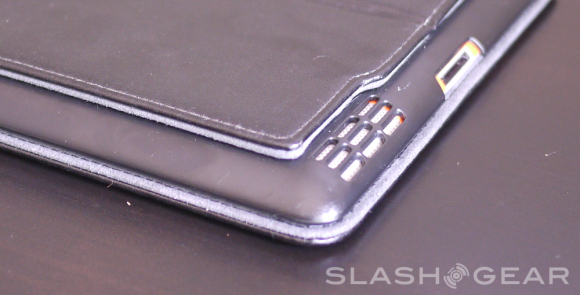 Every button and port is left open by this case when you’ve got it open and when you’ve got it closed. That’s the idea – easy access to your device’s ports and buttons while the case protects the rest. When the case is closed, the top is using a magnet system that’s very similar to what the Smart Cover is using, putting the device to sleep and waking it back up upon changing the covering and uncovering of the display. This action also keeps the cover lightly held down against the screen so it doesn’t flip open when you’re running to the classroom.

The covering is thick on all sides. Hard materials everywhere with a nice faux-leathery feel to the entire outside so you’ll be comfortable holding it all day long. With this case you should not have to worry about damage unless you whip the device off of a building – in which case I wish any case good luck, good luck indeed.

Unlike some cases I’ve reviewed who shall now remain nameless, this case allows all ports and buttons to be accessed, and even has a nice grill for over the speaker. Everything looks nice, everything works nice, no matter what kind of odd plug I want to use with the tablet. The other thing about this tablet is that, when folded open, it acts as a perfectly solid stand for you to work with. There’s no extra hardware to work with (aka there’s no keyboard or anything,) but if you’re looking simply to enhance the experience you’ve already got, you’re in business. 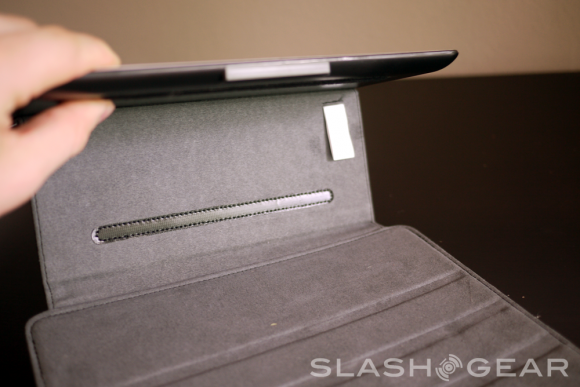 This is hands-down the greatest case and covering for the iPad 2 that we’ve seen. Until another case comes along that has magical abilities that allow the entire unit to remain as light and as thin as the iPad is by itself, this might well be the case your humble narrator leaves on his tablet for the duration of it’s lifespan. One of the primary activities I use the iPad 2 for is outputting Netflix via HDMI to my HD tv. This case makes that activity 100% easier than just placing the tablet on the table or on top of whatever other electronics I’ve got sitting around the area. Well played, iFrogz, well played, nice case all around. 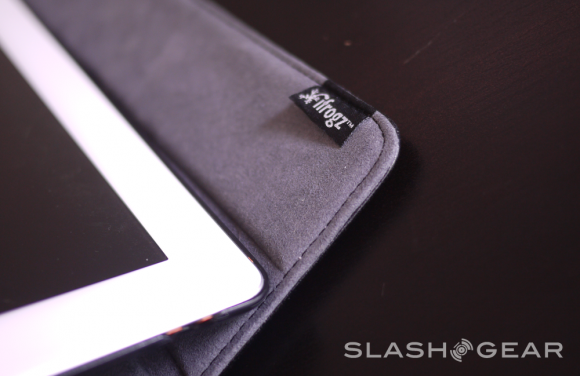 You can get your own iFrogz iPad 2 Summit Case directly from the iFrogz store online for $59.99, and note that it comes in a variety of colors. Obviously given the choice, yours truly decided on the black and black combination to exemplify the excellence of the orange already in place on the device. Which one will you choose?