In an ideal world, computers would only have one type of data storage, but thanks to the laws of physics and businesses, we have two main types (three if you count CPU L caches). There’s DRAM or RAM, which is fast, expensive, and doesn’t retain its data without power. And then there’s regular storage, today represented by NAND flash, which has more capacity, retains its data longer, but is slower in comparison. Combining all those benefits, without the drawbacks, has been one of the holy grails of computing. And IBM might have found its version of the answer in its 3-bit phase-change memory.

Phase-change memory or PCM isn’t exactly new technology. It has already shown promise by exhibiting traits of both DRAM and flash storage. It doesn’t lose its data when there’s no power, unlike DRAM. But it is also faster than flash storage. As a bonus, it survives at least 10 million write cycles. An average USB flash drive only reaches 3,000 cycles in theory.

What makes IBM’s version special is that it has been able to demonstrate the ability to store 3 bits per memory cell. Previous PCM implementations only used 1 bit per cell, basically equivalent to storing either 0 or 1 (2 values). In order to build up the equivalent of a flash storage on a mobile phone, you’ll need a lot of those cells. In comparison, a 3-bit cell would be able to hold up to 8 of those values, thereby increasing the density that can be packed together. 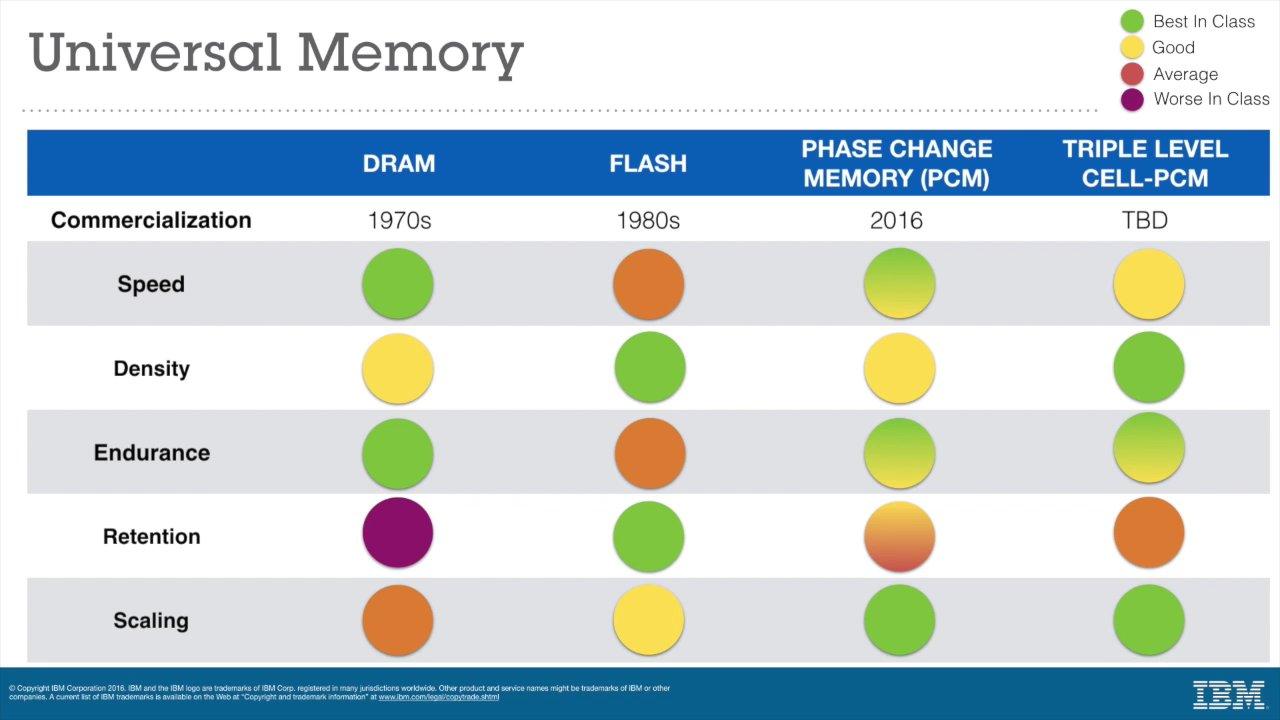 IBM believes that this 3-bit cell PCM could someday provide part of the solution to the data storage dichotomy in computers today. “Someday” being the operative word here. As no actual commercially available implementation has been launched yet, we can’t really speculate on how viable PCM will be as a replacement for both DRAM and flash. Considering how much more expensive DRAM is because of its features, we can only hope PCM will be relatively more affordable.

That said, IBM’s solution isn’t the only game in town. As mentioned, it is a topic of interest in the wider computing industry, including other companies. There is, for example, Resistive RAM or ReRAM, which HP and SanDisk are pursuing. Intel and Micron, on the other hand, are banking on 3D Xpoint instead. Suffice it to say, whoever is able to come out with a wallet-friendly and reliable solution first could very well end up in the annals of computing history as the pioneers of the new age of computer memory.