I just opted out of Amazon Sidewalk: Here’s how and why

Amazon Sidewalk launches this month, but I just headed into the Alexa app to make sure I wasn’t automatically enrolled into the controversial shared neighborhood network. Part of Amazon’s Echo and Ring products, Sidewalk makes big promises about more resilient connectivity, useful features like lost object tracking, and even helping get new smart home devices online. At the same time, though, Sidewalk and the way Amazon is launching it has given many users pause.

What is Amazon Sidewalk?

You can think of Sidewalk as a mesh network that runs alongside, rather than replacing, your WiFi network. It’s low-speed and low-power: frugal enough, in fact, that it can potentially keep battery-powered devices connected without them needing daily or weekly recharging. Key is devices can act to extend the network overall, essentially providing a relay for messages from other devices further afield. 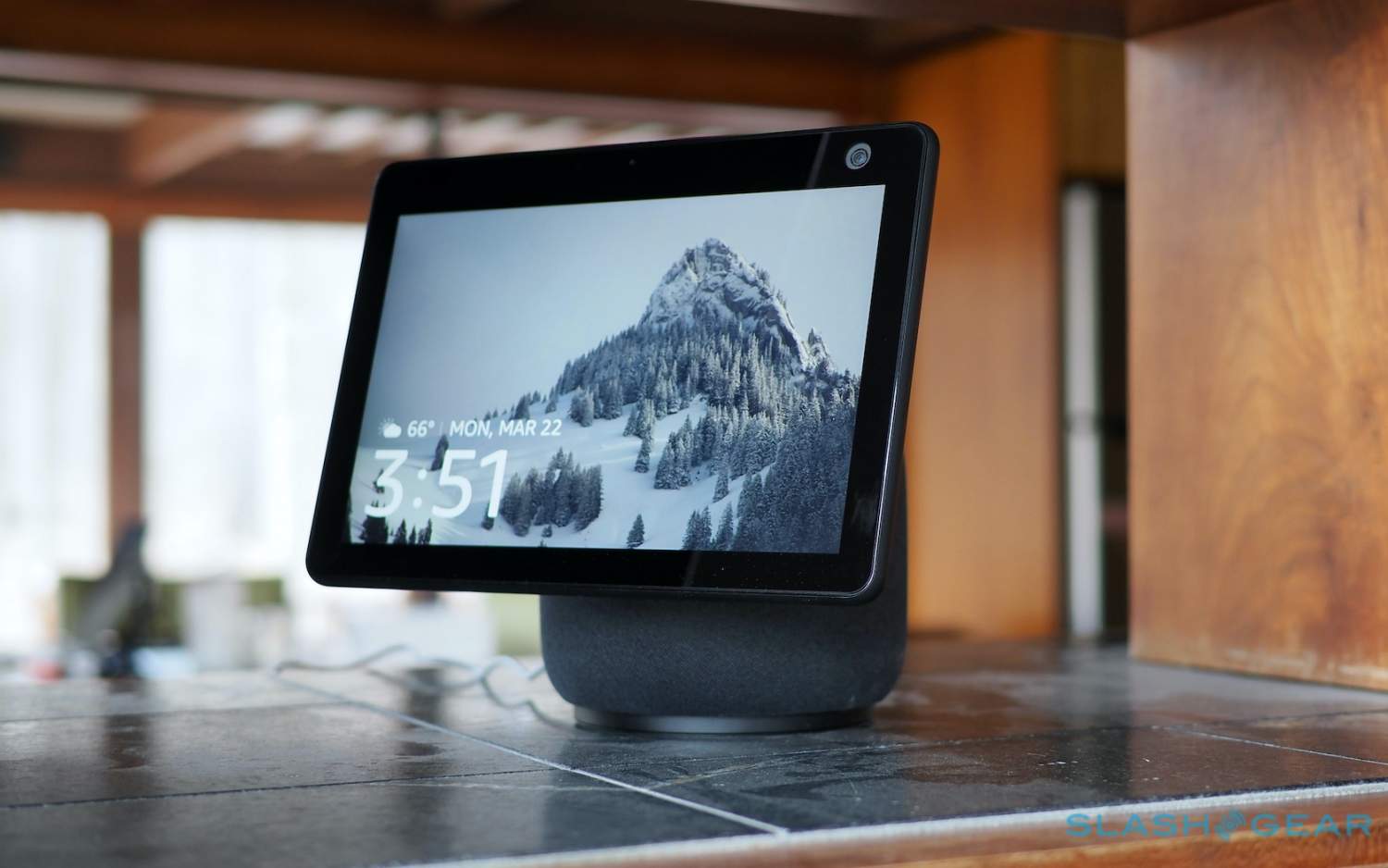 That data is shared all the way back to a Sidewalk hub, such as a recent Amazon Echo speaker or Ring camera. It works as a gateway to your home internet connection. The idea is that traffic running across the Sidewalk network is separate, and encrypted, so that you can’t monitor it. Indeed you don’t even know which device it’s coming from.

Why is Amazon Sidewalk a bad thing?

“Bad” is a tricky thing to define sometimes: what is giving many pause about Amazon Sidewalk – myself include – is the uncertainty about just how the shared network will operate, and how secure it will be.

If you have Sidewalk enabled, not only are you saying that your Echo and Ring devices will act as Sidewalk gateways, you’re also agreeing that they’ll use a small portion of your home internet connection to communicate with Amazon’s servers. Because Sidewalk devices will interconnect, not all of that traffic will be from your own devices: you could be carrying your neighbors’ data too, and vice-versa. In fact that’s one of the big selling points for Sidewalk: if your home broadband goes offline, your devices may still be able to communicate with the cloud via a neighbor’s connection instead. 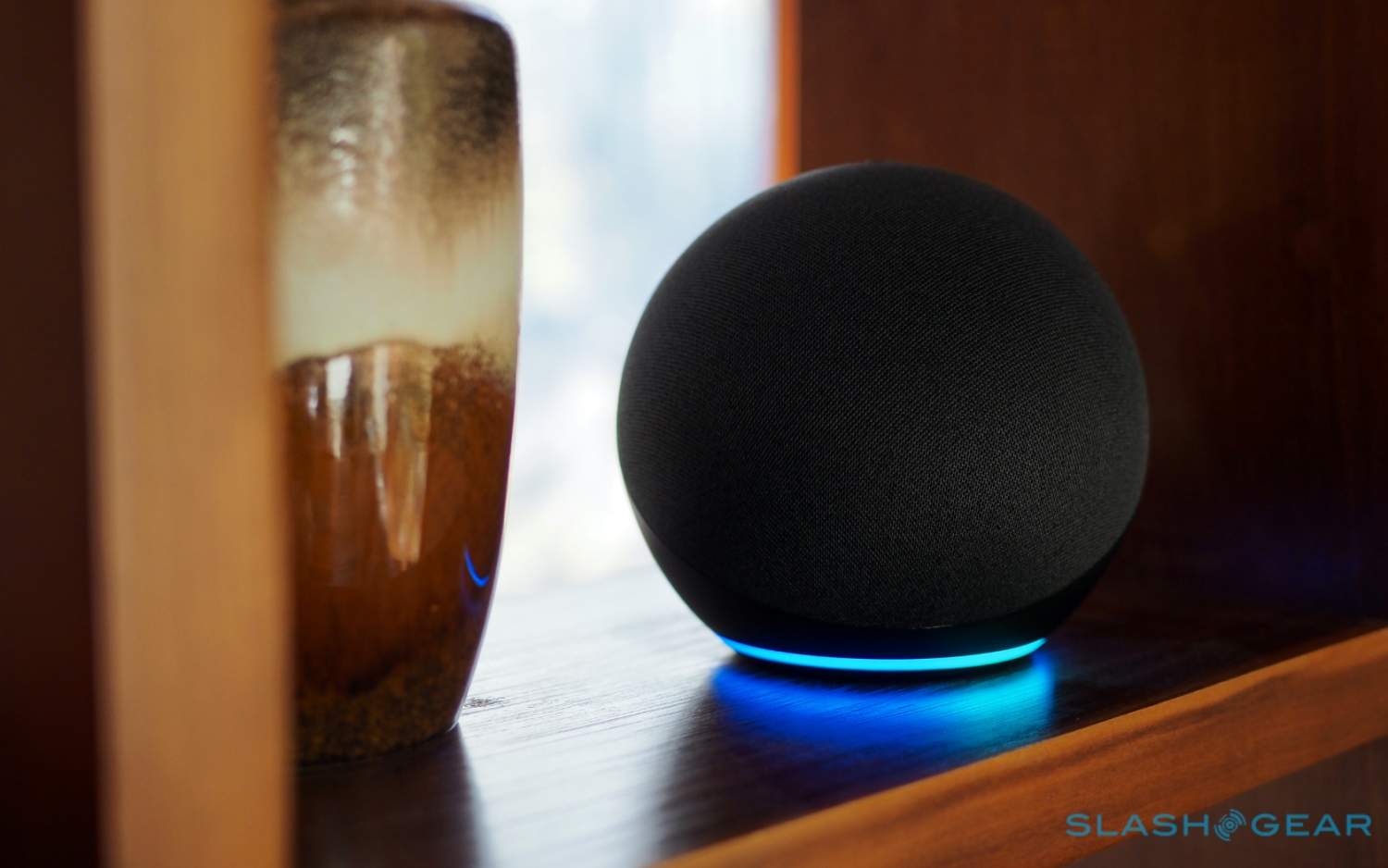 Amazon says the amount of bandwidth Sidewalk will take up is minimal, and most people simply won’t notice it day to day. It’s also capped at 500 MB in total per month. However the fact is that allowing someone to use your internet connection, with a proprietary communication technology, and relying on a private company to keep all that secure and notify you of any issues, is raising some serious red flags.

Whether or not you trust Amazon is one part of that. The fact that Echo and Ring devices will automatically switch Sidewalk on by default is also rubbing many people the wrong way. In short, a shared mesh network like this isn’t necessarily bad in itself, but whether you want Amazon to be the one managing it is a different matter.

How do I opt-out of Amazon Sidewalk?

You can understand why Amazon might enable Sidewalk by default: after all, the more people use the shared network, the more coverage it can boast. Still, it’s also fairly easy to turn it off. 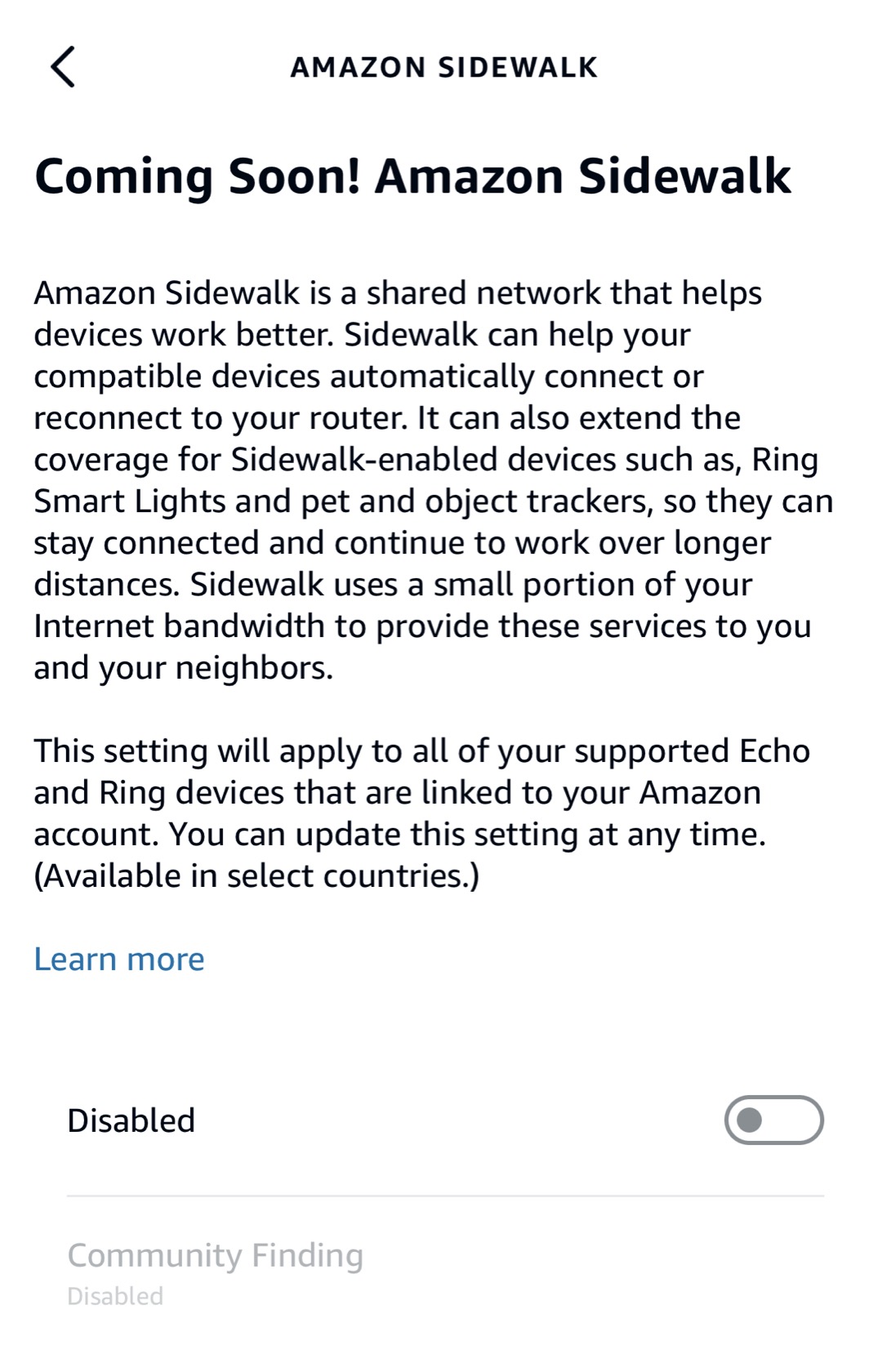 You’ll need to open the Alexa app on your phone for that: the same app you used to set up your Echo speaker or other Amazon device. From there, hit the “More” button in the lower right corner, then Settings, and then Account Settings. There should be an “Amazon Sidewalk” option in the list, and on that screen you’ll see a toggle which turns your Sidewalk participation on and off.

There are some provisos to bear in mind if you deactivate it, unsurprisingly. Most significant is that if you opt out of using your Echo and Ring devices for expanding the Sidewalk network, those devices won’t be able to benefit from the Sidewalk network your neighbors’ devices might have created. The good news is that, if you change your mind in future and think the positives of Sidewalk outweigh the potential negatives, you can easily re-enroll in the Alexa app again. For now I’m going to sit on the sidelines for a while and see how the deployment goes – and whether Amazon’s big Sidewalk promises outweigh the legitimate concerns.